Hall of Fame trainer Freddie Roach is not ruling out the possibility of Amir Khan (31-3, 19KOs) pulling off the upset on May 7th, when he moves up by eight-pounds to challenge Saul 'Canelo' Alvarez (46-1-1, 32KOs) for the WBC middleweight title at the T-Mobile Arena in Las Vegas.

Khan has already been labeled as the big underdog. At 155-pounds, Canelo is viewed as being too big and too strong for Khan to handle. 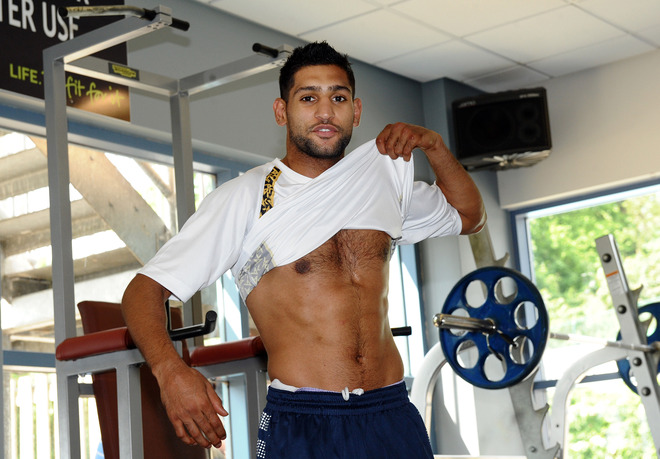 While some people are already celebrating a victory for Canelo, Roach is not one of them. He says Khan is a very skilled boxer who has what it takes to get the win. Roach is also very familiar with Canelo. He recently trained Miguel Cotto for his fight with Canelo last November, which the Mexican star won by way of a twelve round unanimous decision.

In the opinion of Roach, Khan's biggest flaw is his desire to stand on the inside and trade punches. If he decides to stand and trade with Canelo, the fight may not last that long. Khan also like to jump in with punches and then ties his opponent up before he can counter.

"He likes to stay in the pocket a little too long sometimes. He wont be able to tie a big strong guy up like he's done in the past with smaller guys. Canelo is very dangerous," Roach said.

I think we can all agree that basically Khan needs an absolutely perfect game plan and carry it out to absolute perfection. Any mistakes in this fight and he's going to pay, big style. Can he do it? well in…

[QUOTE=Juof;16452526]I feel like we might see the best version of khan. Khan always rises to the occasion when people say his life is in danger. On his best night he has the ability to outbox pretty much anyone. But then…

Why's he lifting his top when he's got no abs doe?

Khan has never been such an underdog going into a fight, if indeed he has ever been an underdog at all. This is probably the first time I've wanted him to win in about 3 years. All of his bullsh*t…

Khan's people think that Canelo won't do well coming forward as the aggressor and they may be right. However Khan with an extra 10lbs may not escape as well as he has in the past. Canelo slips and bobs &…