Pulev: I Will Fight Tyson Fury - Because Joshua is Going To Lose

Pulev is going to face Joshua, possibly in December, in a mandatory clash for the IBF, IBO, WBA, WBO heavyweight titles.

The fight was scheduled for June 20 in London, but it was pushed back due to the coronavirus pandemic. 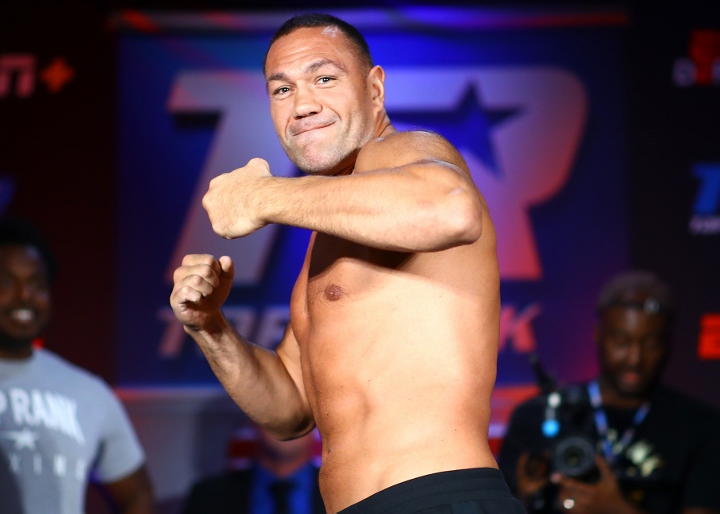 There were initially due to collide in 2017, but Pulev withdrew with an injury suffered in training camp.

"I stopped training because I was injured and he didn't believe me, he was a little bit arrogant. He said: ‘if I was Pulev I could box with this injury’, but it’s not so easy. God showed us it’s not good to speak too much and that’s why he is now injured with his leg. I wait patiently and when he is ready and healthy, we can fight," Pulev said to Betway Insider.

Pulev, who is promotional stablemates with Fury, expects to fight him next year.

Pulev predicts the Joshua-Fury unification will never happen, because Joshua will never make it to the fight.

"This is also very arrogant [by Joshua to always talk about Fury]. Talking about Fury because he doesn't think about my fight, like last time with Ruiz. But life showed him that this is very bad when someone does that. That’s why he will take his second knockout of his life. We will show him and the whole world. I’m now next in line for Fury and I think after AJ, I will fight with Tyson Fury because Joshua is going to lose and he does not think I’m a big problem - but I will show him really new things," Pulev said.

"It does not matter where it is, I’m ready - it’s just important to win. It doesn’t matter whether it’s on a boat, or in a stadium, in Europe, in the USA, or in Saudi Arabia, it doesn’t matter to me. This will be a win for my country as Bulgaria has never had a heavyweight champion of the world, this win will not only be for me but a win for all people from my country and I want to make them really happy."

Just picturing the video of Pulev looking effed up after the KO beatdown he got from AJ. With Pulev trying to explain himself after all the talking he did before the fight. This will not end well for him at…

Just a quick tip - you are spelling it wrong, it is Plandemic not Pandemic. Cheers

Good luck to Pulev but I just can't get the image of that big left hook by Wladimir out of my mind.

They might get Wilder to go tune somebody else, but they can't buy off Pulev. If Andy didn't expose AJ, he lit a fire under Pulev. His best shot is AJ, Wilder hits too hard when he's well, and Fury…

[QUOTE=JakeTheBoxer;20707113]Pulev was one of easiest Klitshcko`s title fights.[/QUOTE] Pulev got his tactics completely wrong for that fight, he just stood straight in front of Wlad and tried to have a shoot out instead of boxing him. I’m not saying Pulev…