Joshua vs. Usyk Must Happen Within 180 Days, Says WBO Prez

Anthony Joshua may well be in a celebratory mood –– but he has already had a potential future challenge thrust upon him.

The 30-year-old boxed the Mexican, who slipped to 33-2 (22 KOs) in defeat, in Saudi Arabia, regaining the WBA Super, IBF, IBO and WBO heavyweight crowns.

Joshua was dealt a crushing blow to his status as the number one worldwide boxing star back in June when, at Madison Square Garden in New York, he was dropped four times before being stopped by ‘The Destroyer’. 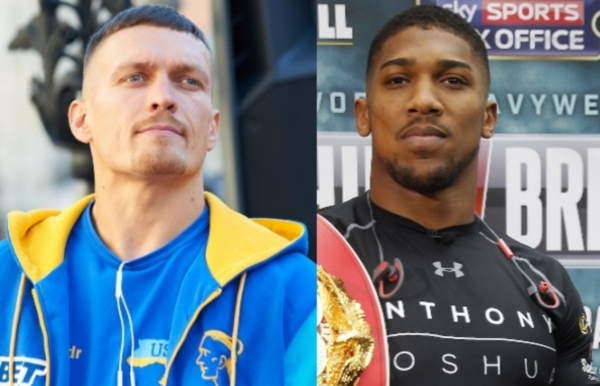 But he managed to get revenge on Saturday night at the Diriyah Arena in Diriyah, exclusively live on Sky Sports Box Office and DAZN, after picking up an unanimous decision with scorecards of 119-109, 118-110 and 118-110.

Joshua, who is now a two-time world champion and has a record of 23-1 with 21 quick, joins a small cluster of men including Muhammad Ali, Lennox Lewis, Evander Holyfield, Mike Tyson and Floyd Patterson by reclaiming the world heavyweight title.

But just moments after his victory, the Watford fighter was told that he must defend his WBO crown against Oleksandr Usyk.

“Clash On [The] Dunes is over,” WBO president Paco Valcarcel wrote on Twitter, "[but] now clash of [the] mandatories will be next.”

Usyk (17-0, 13 KOs) was the undisputed world champion in the cruiserweight division and held the WBO’s Super belt in the division, meaning he would be made mandatory once he moved up in weight.

The Ukrainian made that step back in October when he took on Chazz Witherspoon at the Wintrust Arena in Chicago, Illinois and now he will be in the ring with Joshua on or before June 4, 2020, or within 180 days.

The queue of potential opponents will grow by the day, too, with the IBF mandatory also due soon.

Kubrat Pulev, the Bulgarian who was set to meet Joshua back in October 2017 before suffering an injury and being forced to withdraw, has been biding his time for a shot at Joshua.

“Whatever we can do, I will do,” Joshua said after his win. “We are up for anything. I’m made for this stage.

“I am used to knocking people out, but last time I got hurt, so I gave the man his credit, said I would correct myself again and now I’m back but I respect Andy so much.”

Deontay Wilder holds the WBC title, the only title other than the vacant Ring Magazine title that Joshua doesn’t hold, and is set to rematch Tyson Fury, the former unified king, on February 22, 2020, at a venue to be confirmed.

Joshua will be forced to carve out his own route and further details on his next move will follow in due course.

I don`t care about this mandatories, unification and ****. I just wanna see Wilder fight Fury again, than I wanna se Wilder -Joshua and Fury - Joshua. Parker can fight Usyk for a free WBO belt and Pulev can fight…

[QUOTE=Champ Wilder;20240546]Okay then, here [url]https://www.boxingscene.com/forums/showthread.php?t=834432[/url] :bottle:[/QUOTE] Yeah....I got. Sorry about that. Just that some guys here are just haters without knowing much. Just bunch of huulers.

This is the real championship fight,these two are the best .I believe AJ will be to strong and win however in similar fashion as last night. If he could stop Usyk that would be extremely impressive .

I think they should do this fight next! Usyk doesn't need any tune-ups! He's as ready as he'll ever be!