Joshua: I'm The Guy Who Should Beat Klitschko - I'll Prove It!

Anthony Joshua has no doubt that as "the guy who should beat Wladimir Klitschko" he must defeat Eric Molina in style this weekend.

Joshua makes the second defence of his IBF world heavyweight title when he takes on Texan Molina at Manchester Arena on Saturday night.

If the 27-year-old Briton, as expected, is successful, he is set to face Klitschko next year for the vacant WBA crown, with promoter Eddie Hearn, quoted by the BBC, saying the date could be April 29 and the venue Wembley Stadium. 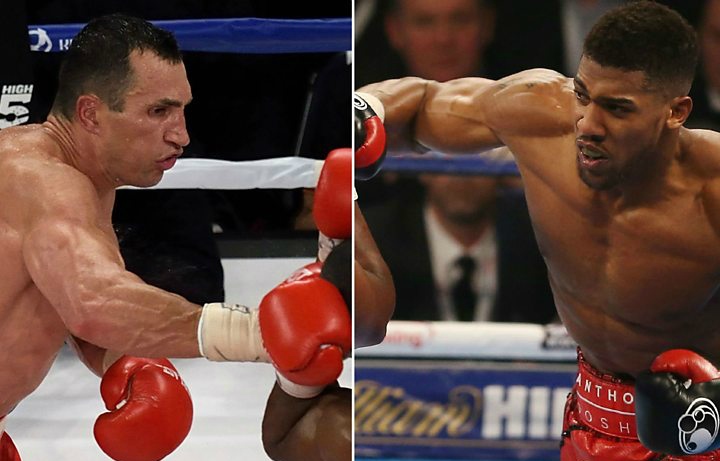 When asked about Klitschko at a public workout at Manchester Arena on Tuesday, Joshua said: "I still have Molina in front of me.

"I have to keep myself on the rise. You know how it goes with people - one bad performance and they say 'you'll never beat that guy'.

Another fighter aside from Molina that Joshua was asked about on Tuesday was David Haye.

Haye, whose comeback continues with an all-British clash against Tony Bellew in March, has been calling Joshua out of late, labelling him robotic and suggesting he could knock him out in two or three rounds.

The unbeaten Joshua's response when that was put to him at the public workout was to suggest Haye, 36, is more known these days for his mouth than his ability in the ring.

"The issue with a lot of boxers is that they are known for talking, not known for boxing," Joshua said.

"I try to keep (things) relevant for what I do in the ring. That is why I don't really buy into the talk.

"I am a boxer, not a political figure. I don't need to voice all my opinions. I need to fight, and be good at that."

"I know I'll fight for one (title) if I get past Molina, and then it is if Deontay Wilder wants to fight after that sometime," he said.

"I can't predict it, but there is a very possible chance that I could have a few more straps around my waist next year."

But it didn't belong to him if he refused to fight a mandatory (glazkov).....so get your facts right!!

Yeah, someone already did that last year. That paper title you have, it rightfully belonged to him.

Fury the fat, loud mouth, coke sniffing bum haha.....please!! He's a joke and a disgrace to the sport

The "guy" already beat Klitschko his name is Tyson Fury. Cant wait for him to get back.

For having over 30 pro fights - Wilder's title defences have been pathetic! His claim to want to unify belts is a joke! Avoids top ten HWS like the plague.