The contest takes place as the co-featured attraction on the pay-per-view undercard to the Deontay Wilder vs. Tyson Fury rematch on February 22 at the MGM Grand in Las Vegas. 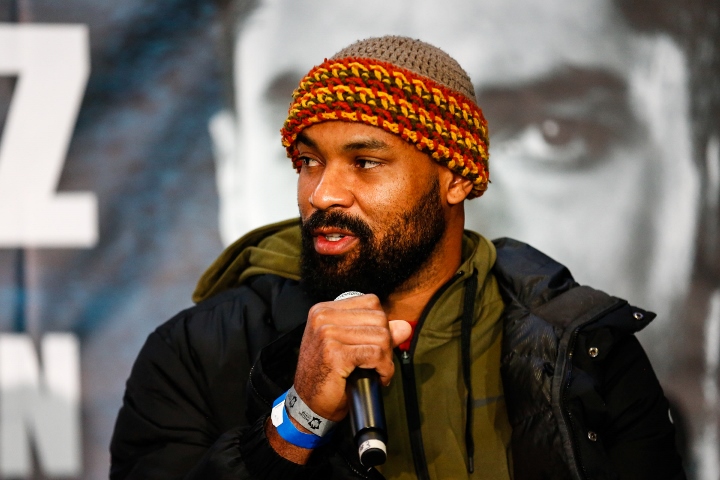 At the moment Washington is ranked at number nine by the IBF. A win over Martin will raise his standing in the top ten.

Joshua already has an IBF mandatory lined up against Kubrat Pulev. And then he has a mandatory due under the WBO, against Oleksandr Usyk.

"The plan is to hunt down Joshua," Washington exclusively told Sky Sports.

"We're working to be that next IBF mandatory after Kubrat Pulev. I got to see AJ first-hand in Saudi Arabia, he's a great fighter, that's our goal. Martin is first though and he's very talented, an ex-world champion, very tough and strong-willed. I'm looking forward to competing with him. I believe if I do my job well, not forcing anything, the stoppage will happen naturally.

"To have this fight on the biggest of cards with the world's eyes watching, this is a great opportunity for me to do my thing."

Washington helped Andy Ruiz prepare for the rematch with Joshua last December, which the British superstar easily won by twelve round decision.

"I helped Ruiz Jr, it was a great experience for myself. I don't have much amateur experience or too many fights on the record so it was brilliant for me to learn and get better," Washington said.

"Being in the ring with Andy and knowing his style, I understand what happened in that first fight. Joshua done a great job preparing himself for the return though, not allowing it to happen again.

"My full focus is on Charles Martin and I'm not looking at 'AJ' right now. I know he has a couple of tests in front of him, we'll just have to keep on track and see what the future holds for everyone."

[QUOTE=Jkp;20372640]Because he's a cruiser weight with 90 pounds of pure fat around his torso. If wasn't obese he would be cruise weight or even lower division[/QUOTE] Is that logic based on Hume's Bundle theory? If he wasn't 280 pounds, he'd…

False Ruiz in perfect shape is about 245. He bench presses about 370-400 pounds. He is a big short guy. Similar in build to a short quick nfl defensive tackle. He’s actually very very athletic when he decides to give…

Washington is doing the right thing mentioning the champion that hes fighting in an eliminator to get one step closer too , however I dont see Washington beating Martin even . Martin has shown alot more recently . I mean…

This fight may be a slugfest.

[QUOTE=Jkp;20372640]Because he's a cruiser weight with 90 pounds of pure fat around his torso. If wasn't obese he would be cruise weight or even lower division[/QUOTE] And if Joshua didn't have any muscle he'd be a middleweight. If Deontay Wilder…