Bob Arum: Kovalev-Yarde Next; Then Canelo Could Fight Kovalev

It’s more likely, according to Bob Arum, that a Canelo Alvarez-Sergey Kovalev fight happens sometime in the winter than next.

With little time remaining to make an Alvarez-Kovalev fight for September 14, Arum assumes Kovalev will move forward with his fight against Anthony Yarde on August 24 and Alvarez will face someone else three weeks later. The Hall-of-Fame promoter discussed that situation with IFL TV for an interview that was posted to its YouTube page Thursday.

“Canelo wants to fight Kovalev for another title, and it’s a good fight,” Arum said. “DAZN were talking to Golden Boy, the promoter of Canelo. They were expecting a Golovkin fight. Canelo won’t fight Golovkin. So now, at this late date, they have come to us [with] the possibility of a Kovalev-Canelo fight happening. The problem is, the Kovalev people have an offer outstanding for the fight in Russia against Yarde. And our understanding with [Yarde promoter] Frank [Warren], which we reached before the Tyson Fury fight [June 15] in Las Vegas, and Kathy [Duva, Kovalev’s promoter], is if Yarde was asked to step aside, Frank and Yarde would get a substantial payment, and they agreed to that.

“But everything is coming really too close, so my feeling is I believe Yarde and Kovalev will proceed sometime in August in Russia. And if Kovalev wins that fight, a fight with Canelo can take place in the winter of this year. I don’t think it’s possible to put it together for September 14th.” 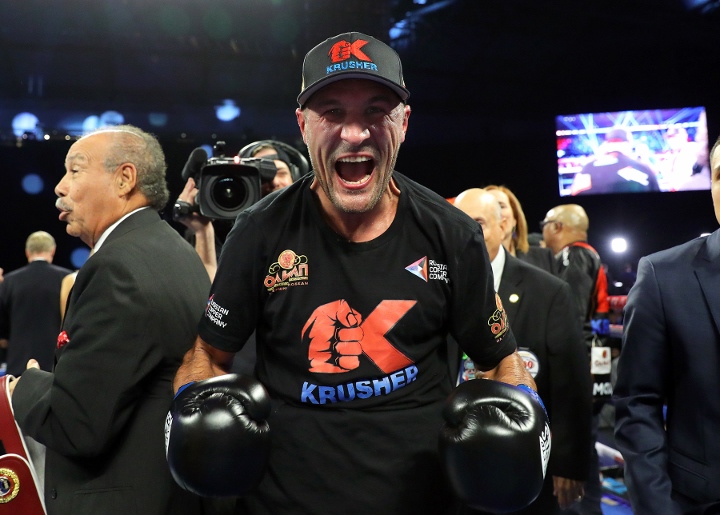 England’s Yarde (18-0, 17 KOs) is the mandatory challenger for Kovalev’s 175-pound title. Yarde and Warren have agreed to accept a sizeable step-aside fee to allow an Alvarez-Kovalev fight to take place, but Arum doesn’t think that’ll be necessary.

“It was agreed if it came to pass,” Arum said. “Yarde, I think, would much prefer going directly into the Kovalev fight. So, I think, again, rather than go into the details of the step-aside [deal], I don’t think that’s gonna happen. And Yarde and Frank are satisfied with the contract for the fight to be held in Russia on the 24th of August.”

If Alvarez (52-1-2, 35 KOs) doesn’t move up two weight classes to challenge Kovalev (33-3-1, 28 KOs) on September 14, the Mexican superstar is determined to fight someone other than middleweight rival Gennadiy Golovkin (39-1-1, 35 KOs) in what would be their third fight that night. In addition to offering the fight to Kovalev, Golden Boy Promotions has had discussions with representatives for WBO middleweight champion Demetrius Andrade (28-0, 17 KOs) and WBO junior middleweight champ Jaime Munguia (33-0, 26 KOs).

kovalev already agreed to fight yarde. there is no reason to pay step aside money. win that fight and the canelo fight can still be in play. Canelo needs to go ahead and roll the dice and offer the fight…

Had Yarde been stepped up at the right time like, say, Josh Taylor has been, then he'd be more ready for Kovalev. As it is, he's been fighting bums and Uber drivers and now they're throwing him in with a…

Kovalev vs Yarde is good. Canelo vs Andrade should happen next. Canelo camp will be worried about that style match-up.

Like the old time tested adage go " The masses are gullible". The GGG and Jacob fights were bought and paid for or a flat out sham. These guys are carrying Canelo, purposely doing just enough to make it seems…