Arum Confident Pulev Will Remove Joshua From The Equation

Top Rank's CEO Bob Arum, who is Tyson Fury’s US promoter, believes that Anthony Joshua would lose to Kubrat Pulev, although he does say that from the point of view of someone who has a promotional deal with the Bulgarian.

Pulev is the IBF's mandatory challenger to Joshua, who owns the IBF, IBO, WBA, WBO heavyweight belts. The once-beaten boxer is likely the next opponent for Joshua in 2020.

Arum's main heavyweight, Fury, will be facing WBC world champion Deontay Wilder in a rematch on February 22 at the MGM Grand in Las Vegas. 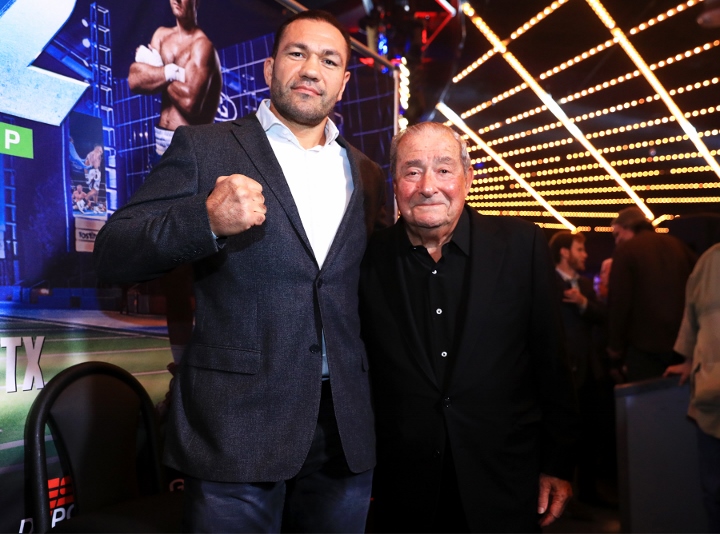 Joshua has been widely discussing the goal of securing the Wilder-Fury winner for a five belt unification at some point in 2020.

Asked whether Joshua against either Wilder or Fury would be the main talking point in 12 months’ time, Arum dismissed the idea, saying:  “I’m going to make a big prediction here. At that particular time there will be no more Joshua. Everybody is overlooking that Bulgarian who has been training his ass off in my gym. Let me tell you he’s not coming in fat like Andy Ruiz. He’s going to pressure Joshua and he can knock Joshua out.”

Arum said that the present heavyweight scene was the most exciting it had been since the heyday of Mike Tyson.

“Lennox Lewis was a terrific fighter, the Klitschkos were good fighters,” Arum said. “But they didn’t resonate, particularly.”

[QUOTE=Szef;20300546]arum will outlive us all. people like him are lucky that way for some reason[/QUOTE] Good die young brotha

[QUOTE=Lopez_Boxing;20291612]Bob's 88. Bob is jewish and rich that man can EASILY live to his hundreds[/QUOTE] arum will outlive us all. people like him are lucky that way for some reason

[QUOTE=GlassJoey;20300412]Yeah but Pulev is a good size for AJ and he’s the age that AJ likes.[/QUOTE] I think AJ might be a different fighter after the Ruiz fight. Kinda like Pacquiao became more timid after Marquez. We will have to…

[QUOTE=Lopez_Boxing;20291653]That cant be. Ruiz had no good wins and wasnt ranked by any organization[/QUOTE] Yeah but Pulev is a good size for AJ and he’s the age that AJ likes.