Zolani Tete: Inoue is Hittable, He's Not That Invincible Boxer

WBO bantamweight champion Zolani Tete admitted that he was as stunned as everyone else by the war of attrition waged by Nonito Donaire and Naoya Inoue in their World Boxing Super Series (WBSS) bantamweight final in Japan last week.

Tete who was scheduled to face Donaire in the semi-finals of the series in April before withdrawing on the eleventh hour due to an injury, said he did not expect the Filipino Flash to perform the way he did against Inoue.

“Donaire surprised me with his gallant stand but I have always known that he is a tough strong fighter,” he said.

However Tete said he would have handled Donaire different had their bout occurred.

“Obviously I would have fought Donaire differently than Inoue did. I would not have engaged in a toe-to-toe with him so I doubt our fight would have been a fight of the year candidate like his with Inoue.” 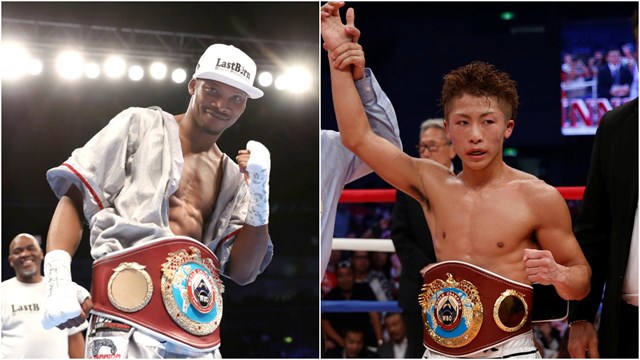 Tete is preparing to defend his WBO crown against another Filipino Johnriel Casimero in Birmingham, England on November 30.

Should he get past Casimero he would be chasing for a unification clash against Inoue with the prospects of the fight happening being boosted by the announcement that the Japanese Monster has signed with Top Rank.

Top Rank enjoys good relations with Queensbery Promotions which handles Tete among others.

Commenting about Inoue, Tete said he was surprised the Japanese took so many flush shots from Donaire.

“One thing I noticed is that Inoue is hittable and he was not only a sucker for Donaire's left hook but his right hand as well. Inoue is good but he is not the invincible boxer they make him out to be. Donaire hit him with so many punches including the right hand that buckled his knees and nearly dropped him. You can imagine what I can do to him but one thing for sure people will not see a fight of the year candidate when I face him.”

The left hander however said he was grateful to Inoue and Donaire for the war they waged as it has shone the spotlight on the bantamweight division and made people realise that the divisions is teeming with talent.

“Now every bantamweight bout will be on the spotlight thanks to Inoue and Donaire. I certainly need to do my bit to keep the spotlight shining on us.”

[QUOTE=Tatabanya;20190754]Yes, for a few minutes. Then Inoue catches him with a good punch somewhere and it's "goodnight Zolani".[/QUOTE] On second thought, maybe a few seconds, or the first flush shot that Inoue cracks that glass head with. Smh.

[QUOTE=Lonelystoner;20191168]tete lost to 3 lesser opponents already. no one is buying the inoue hype job[/QUOTE] He lost to Mthlane at 112 while still a bit green. He lost two BS decisions outside of that, one maybe both robberies that I…

At LONG LAST! Everyone is finally waking up to what Inour is: a plodding, hard hitting boxer, but hardly a “monster”. Inoue is going to get knocked out against the first viable threat he faces!

fight Donaire first to be worthy of Inoue. I doubt if he can beat Donaire. He is already stating that he will not engage and probably will run. :doh:

Who wants to bet money? Inoue wipes out tete in 4