Guided by leading Heavyweight contender Dillian Whyte, it seems that London Cruiserweight hope Richard Riakporhe is in the right hands when it comes to being steered towards the top of the sport.

On Saturday he makes the second defence of his WBA Inter-Continental title, live on Sky Sports Box Office in the UK and DAZN in the US, against fellow undefeated prospect Chris Billam-Smith, who shares an identical record of nine wins from nine fights – eight coming by knockout.

A concussive puncher and extremely dangerous early, the Walworth talent is quickly establishing himself as one of the biggest threats in the domestic scene, and 'The Body Snatcher' is backing his man to get the job done inside the distance once more this weekend. 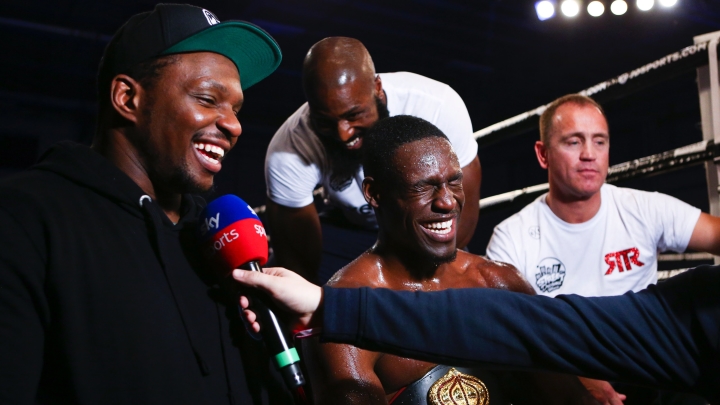 “Richard is on a good run now and he’s got a lot of confidence behind him,” said Whyte.

“The people he’s fighting and beating, I believe his resume is a lot better than Lawrence Okolie’s so far. If he beats Billam-Smith in good fashion, which I believe he will do, then he should be looking to fight the likes of Lawrence Okolie by the end of the year.

“Billiam-Smith is a good boxer, he’s undefeated, he’ll be confident, but Richard carries a lot of power, he’s on a roll and I think he can stop Billam-Smith in six or seven rounds. With Richard, it’s all about the people he has around him, and the mindset that those people give him. He’s ready to defeat most of these guys in the Cruiserweight division worldwide.”

[QUOTE=HighLightReal;19904375]Whyte guiding his protégé to a world title shot in 2032[/QUOTE] LMAO - Whyte is not the first and wont be the last, he is dumb he has done a stellar job getting a world title for himself:sucks::gives:

Whyte guiding his protégé to a world title shot in 2032