On Saturday afternoon, July 21st, undefeated cruiserweights with knock-out power, Uysk and Gassiev, will battle for four of the major world titles IBF, WBA, WBC, and WBO. KlowdTV is proud to air the exclusive live United States stream of the finals of The World Boxing Super Series Cruiserweight championship that will pit undefeated fighters Oleksandr Usyk and Murat Gassiev.

The bout will take place in Moscow, Russia beginning at 3 PM ET. "We are very proud to be able to bring this outstanding fight to KlowdTV," said Robert Herring Sr., CEO of KlowdTV. "I know how much interest there is in the fight by reading all of the talk on all of the websites and social media. The fans have been clamoring for the fight to find a United States distributor, and we hope all the fans tune in on Saturday." 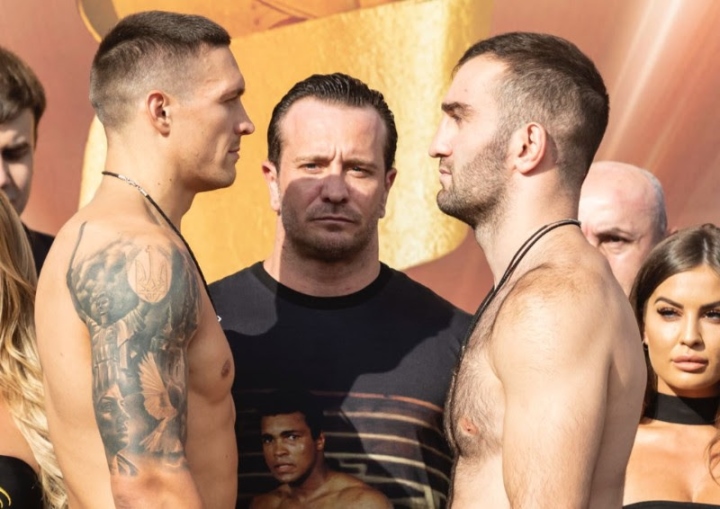 Usyk entered the World Boxing Super series with a 10th round stoppage over former world champion Marco Huck. In his semifinal bout, Usyk captured the WBC World Cruiserweight title with a majority decision over Mairis Briedis on January 27th in Latvia.

Gassiev (26-0, 19 KOs) of Russia, is the IBF and WBA Super Cruiserweight champion.

The 24-year-old Gassiev won IBF championship on December 3, 2016 with a 12-round unanimous decision over Denis Lebedev.

Gassiev entered The World Boxing Super Series with a 3rd round destruction of former world champion Krzysztof Wlodarczyk. In his last bout, Gassiev won the WBA World Super Cruiserweight title with a 12th round stoppage over previously undefeated Yunier Dorticos on February 3, 2018.

Usyk jabbed Gassiev to death. The problem is, someone like Gassiev will always be too robotic, solid fundamentals and good enough power to beat both guys but Usyk is that slight bit better than just good. Convincing win if boring.

Usyk is just an amazing boxer. Great speed and stamina...excellent movement and defense. He boxes like a talented welterweight at 200 lbs. I'd love to see him move up to heavyweight. Nothing left for him to do at cruiserweight now.

[QUOTE=Marvlus Marv;18957111]That jab..while it may not look much, it's just enough to sting and discourage attacks. It's textbook stuff that Gassiev ignores.[/QUOTE] Agreed, the jab is keeping Gassiev off rhythm, couple that with the movement and distance control.... I lost…

[QUOTE=StefanTosic;18957086]Well look I agree Usyk had a way higher output almost all the time and looked sweet but in that 3rd round Gassiev caught on gloves almost all his shots and landed on Usyk a couple of great shots. I…

[QUOTE=Vinnykin;18956890]Usyk on a different level. It's different when every time you close the guy sticks a jab in your face or moves to the side. Usyk just took over early and kept the pace, I don't think anything less of…