Whether it comes against the winner of the Andy Ruiz Jr.-Anthony Joshua rematch or another contender, Kubrat Pulev kept himself in position for his second world title shot last week when he boxed past Rydell Booker to win a unanimous decision.

But if the Ruiz-Joshua winner agrees to make a mandatory defense of the IBF title in his following fight, Pulev suspects he’ll face Ruiz. Pulev believes Ruiz will beat Joshua again December 7, as long as the IBF/IBO/WBA/WBO champion is preparing properly for their immediate rematch.

“With Joshua and Ruiz,” Pulev told BoxingScene.com, “I think if Ruiz is seriously prepared, not lazy in training, I think he wins a second time.” 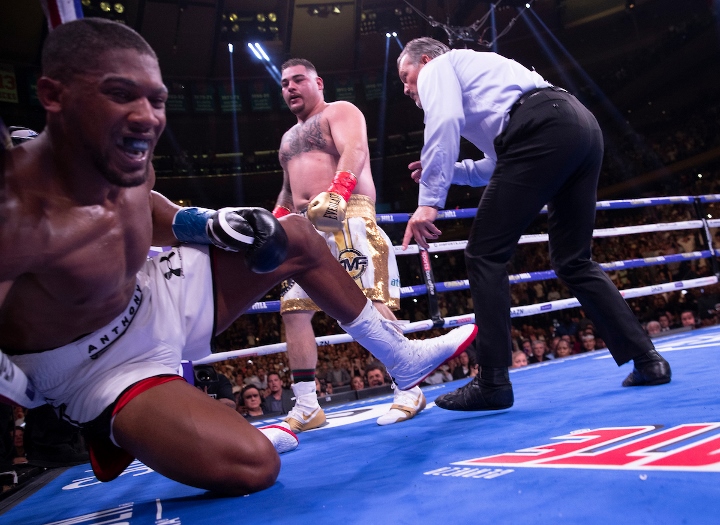 Ruiz pulled off the biggest upset in the heavyweight division since Hasim Rahman knocked out Lennox Lewis 18 years earlier when he stopped Joshua on June 1 at Madison Square Garden in New York. Joshua was more than a 20-1 favorite in the week leading up to their bout, but Ruiz, a replacement for Jarrell Miller, got up from a third-round knockdown, dropped Joshua four times and produced a seventh-round, technical-knockout victory.

Since then, though, Pulev feels that Ruiz might’ve spent too much time celebrating his historic upset, when he should’ve been training and maintaining focus for their rematch.

“I don’t know, because now to him [winning was] like a shock,” said Pulev, the IBF’s No. 1 heavyweight contender. “He’s a popular guy now, at this moment. There’s a lot of cars, all the time pictures everywhere. When he stays focused and serious with training, about boxing, I believe he will win. This time it’s not so easy to win, but I think he can win when he’s serious.”

Despite his devastating defeat, England’s Joshua (22-1, 21 KOs) is still consistently listed as a 3-1 favorite to defeat Ruiz (33-1, 22 KOs) when they meet again next month in Diriyah, Saudi Arabia (DAZN; Sky Sports Box Office). While Pulev believes Ruiz will win their rematch, too, the Bulgarian contender thinks this fight will be harder for Ruiz.

“This time it’s not so easy because I think Joshua this time will be different,” Pulev said. “He learned from his mistakes, and now I think his team and himself are maybe different. They’ll have a different strategy and they’re more serious. This loss he had, I think it’s because he thought, ‘I’ll just win easy.’ But it’s not like that.”

To stay busy while he waits for his IBF-mandated championship chance, the 38-year-old Pulev (28-1, 14 KOs) got in ten rounds of work when he defeated Detroit’s Booker (26-2, 13 KOs) last Saturday night in Fresno, California.

50/50. People will write AJ off and if he wins will act like they didn’t the whole time.

I dunno when you get pummeled to the floor 4 times in 7 rounds that should be enough to give Andy Ruiz a mental edge over AJ. Unless of course AJ can pull his own punch out of the bag…

am I the only one in this forum that thinks Joshu will KO Ruiz?

Lol pulev is a complete joke.maybe if Ruiz wins he want be scared anymore and stop coming up with ways to avoid fighting Joshua.that made up sexual harassment case was the last straw.either stop running or give up that mando…

[QUOTE=TheFrog;20192893]I'm more just laughing at you haha I could care less about Pulev. Clearly he bothered you though LOL[/QUOTE] :lol1: I'm really not