Michael Hunter had a years long relationship with Andy Ruiz going back to his days as an Olympic hopeful training under the tutelage of Ruiz trainer Manny Robles.

Although he has former heavyweight champion Hasim Rahman in his corner as his trainer ahead of his fight against Alexander Povetkin (35-2, 24 KOs) on Saturday as the co-feature to Ruiz’s rematch against Anthony Joshua, Hunter (18-1, 12 KOs) parlayed his relationship with Ruiz into high-stakes practice.

“Sparring with the world champion was a big thing helping me in camp,” Hunter told BoxingScene.com in an interview. “There was no better fighter to spar with to prepare for Povetkin. Instead of Povetkin’s look alikes, I was going up against the heavyweight champion of the world.

“I think that Ruiz hits much harder than Povetkin will. It was a pleasure being a part of the team and it will be a big attribute to me in getting this victory. It was fresh, new and it worked out for the both of us." 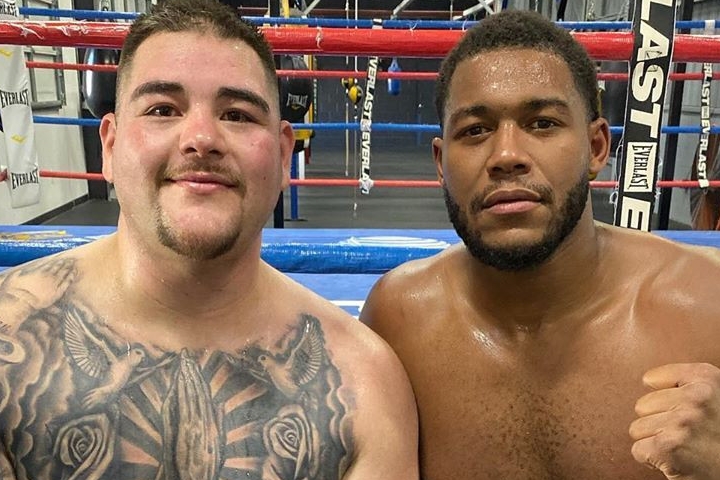 Hunter believes he gave Ruiz a dose of Joshua’s timing and movement with his mimics.

“[The sparring] definitely got heated, said Hunter. “Andy doesn’t hold back. He’s a very heavy-handed person. It wasn’t light sparring. He’s a champion, and he has to present himself that way, especially now. There’s heat with that. I needed him. He needed me. It was the right thing to do but once they reached out, it was a no brainer.

“He will definitely be able to reach and touch Anthony Joshua. It was a good strategy for me as well because we are going to be in the same spirit, the same arena. I’ve known him for a long time, and I understand his road. I was also there for moral support, and it all went well. It was a cohesive, friend-and-family type situation. It seemed perfect.”

Hunter is looking to make a statement and throw his name in the heavyweight ring as the next contender to keep an eye out for in the chaotic division.

“Nobody calls me out because they don’t want to deal with what I have to offer,” said Hunter. “After this performance, they will continue dodging me and not say my name. I’m not sure if I’ll get the same opportunity. But I want bigger fights, and I know the fans will call for it. The worst thing a fighter can do is not fight, but I want to show my face as much as I can in 2020. This is a young man’s sport, and I want to show people what I’m really about any chance I get.”

Michael "The Bounty" Hunter and Usyk might be the two best well rounded fighters in the HW division! The only question will be their chins! I expect Povetkin to chin check Hunter early! If Hunter can pass the test, I…

Thinking Ruiz hits harder than Povetkin is a mistake imo. Who has Ruiz KOd aside from Joshua? He couldn't KO Liakhovich and Zumbano. He didn't put Dimitrenko down over 5 rounds. Those guys don't really have good chins