The show is getting loaded up, as Jonathan 'Polvo' Oquendo (26-5, 16 KO's), who has defeats on his record to former world champions Juan Manuel 'Juanma' Lopez and Wilfredo 'Papito' Vazquez, will be the co-featured attraction on the evening of October 8 at the Coliseo Roberto Clemente.

The main event will feature the grudge match between Juanma and Vazquez Jr.

The big event is being put together by Black Tiger Promotions' Carlos Maldonado and Angel Matias. 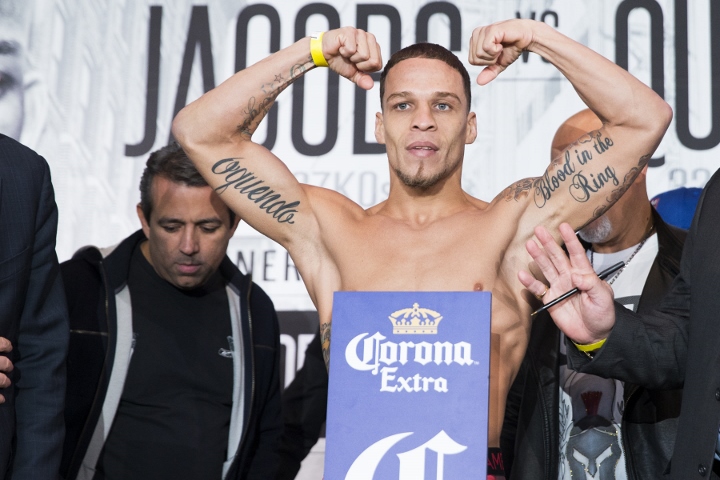 Gutiérrez gained a victory four years ago over Puerto Rican Carlos Valcarcel, who he unanimously outpointed at the MGM Grand Hotel in Las Vegas, Nevada.

In turn, the hard - hitting  junior middleweight contender Jonathan 'Butter' Gonzalez (18-0-1 and 14 KO's) will reappear after a prolonged absence of a couple of years against an opponent to be determined.

Previously, Black Tiger Promotions announced that former Olympian Jantony Ortiz (5-0 and 3 KO's) would reappear on the card. Ortiz has not stepped inside the ring since August 2015.

Tickets for the event are already on sale.

WTF... What's the name of this event? 1. The battle of the has beens 2. The night of the "pincho" vendors 3. Fighting for food stamps 4. The killing of the last brain cells We might as well add the…

So Jonathan Gonzalez is back?? kool i though he was killed or dead lol... great contender with great power.. in fact we had him as a top contender and a future champion.... oh well he gonna fight that day and…