Jan. 20 ShoBox Card To Proceed As Tripleheader, Cora-Normatov No Longer On Show

The first ShoBox card of the new year will move forward as a tripleheader.

A previously announced Jan. 20 quadrupleheader is now down to three fights, as original headliner Patrick Cora is left without an opponent for the Showtime-televised card. Now serving in the main event is a battle of unbeaten junior welterweights between Mykquan Williams and Yeis Gabriel Solano, which has been upgraded from eight to ten rounds atop the show from Mohegan Sun Arena in Uncasville, Connecticut. 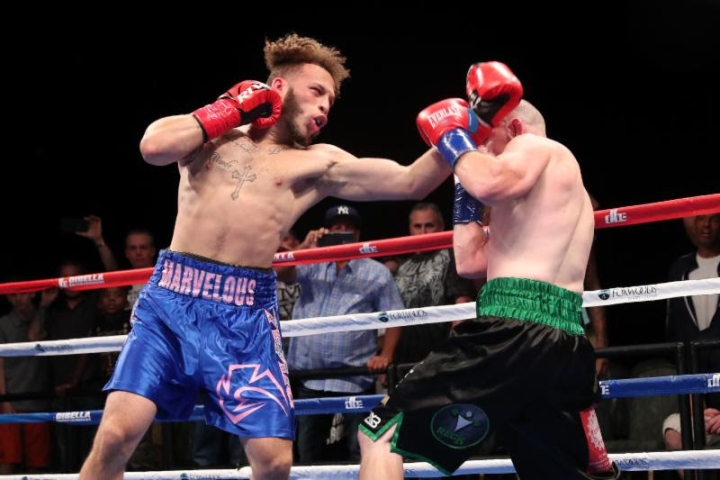 Cora was originally due to face Hurshidbek Normatov (10-0, 3KOs), who was forced to withdraw from the event due to medical reasons. An inability to secure an opponent befitting the first card of ShoBox’s 20th anniversary year unfortunately left Cora (10-0, 7KOs)—a 21-year old southpaw from San Juan, Puerto Rico—as odd man out, with hopes of securing another fight date in the first quarter of 2021.

The rest of the card remains intact, aside from the upgrade in status and scheduled rounds for Colombia’s Solano (15-0, 10KOs) and locally based Williams (15-0-1, 7KOs) who fights out of Hartford, Connecticut.

The 2021 ShoBox debut will precede the season premiere of the network’s flagship Showtime Championship Boxing series, which airs live three nights later on Jan. 23 from the same venue. Angelo Leo defends his 122-pound title versus top-rated contender Stephen Fulton in a battle of unbeaten junior featherweights atop their televised tripleheader.

Showtime knows fighters are going to drop out in these times, all promoters know that ///cards were always dificult to pull off in better times now they change faster then yesterday weather report.