The "new"Universum Box Promotion have announced an interesting program for their show on October 17 at the Mitsubishi Electric Hall in Duesseldorf. The show is in part televised by ZDF.

The event is called "Back2Business" and is topped by super lightweights Artem Harutyunyan (9-0) and Timo Schwarzkopf (20-4) in a fight for the vacant IBO I-C title. 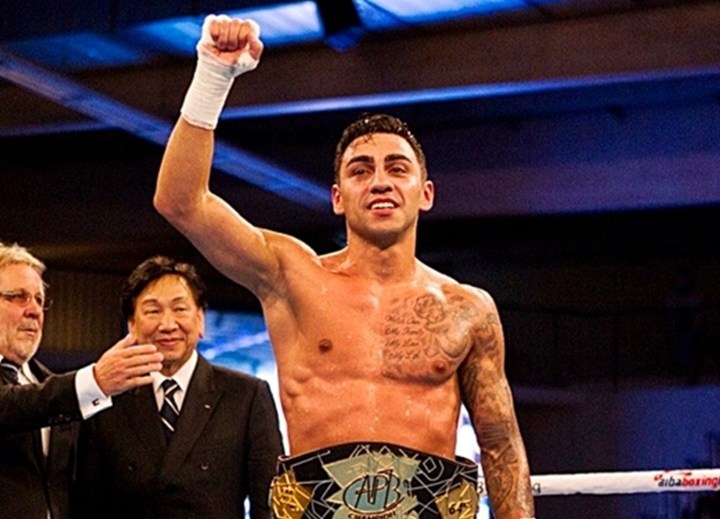 As for the featured fights, unfortunately very much subject to changes given the times we live in, heavyweight Zhan Kosobutskiy (14-0) takes on contender Steve Vukosa (12-1) from the US and even bigger heavyweight Christian Thun (5-0) is in against Onirode Ehwarieme from Nigeria. Both these fights are for IBO sub-titles.

Pick of the undercard is a heavyweight clash between Senad Gashi (20-3) and Dane Kem Ljungquist (10-0) in what is a clash between Universum and Team Sauerland and can also be viewed as an eliminator where the winner moves on and the loser don't.

30-year-old Ljungquist, who hails from Herlev in Denmark, was most recently in action on January 25th 2020 when he dominated Ukraine’s German Skobenko over eight rounds at the Work Your Champ Arena in Hamburg, Germany.

The 6”7 Danish southpaw returns to a happy hunting ground as he fights in Germany for the sixth time in his professional career, and he’s optimistic that the fans can expect a ferocious fight when he faces off against Gashi.

“The ring is my second home and I always look forward to the rush of a fight,” said Ljungquist. “The fans can expect to see a technical fighter with good overall skills and who’s in it to win it. I want to fight for titles and be in the mix.

“I’ve seen a bit of Gashi on YouTube and he looks good, but I want to take a step up in each fight and if Gashi is the next step I’ll take the fight gladly.

Nisse Sauerland, head of Team Sauerland and promoter of Ljungquist, believes stepping up a level will bring the best out of his undefeated heavyweight.

“Kem has a solid amateur career and has taken to the paid ranks with ease,” said Sauerland. “We want him to fight for titles and he needs to beat people like Senad Gashi to make that happen. We are looking forward to Kem coming through this fight and showing Denmark that they have a new hero to support.”

Kossobutskiy is the most active HW prospect out there, 15th fights in 3 years, needs to step it up a little, he's levels above these guys he's fighting along on this card

Gashi vs Llungquist is interesting