A 7th round stoppage of Mexico’s Fernando Carcamo this past June was perhaps his finest performance to date, but also came on a night where fellow Boricua bombers Angel Acosta and Alberto Machado would suffer stoppage losses.

“Puerto Rico is in a bit of a slump,” Feliciano (12-0, 8KOs) acknowledged to BoxingScene,com. “We are looking for the new face of the island right now.

“On the positive side for a young fighter like me, it makes it an exciting time if you are a Puerto Rican prospect.” 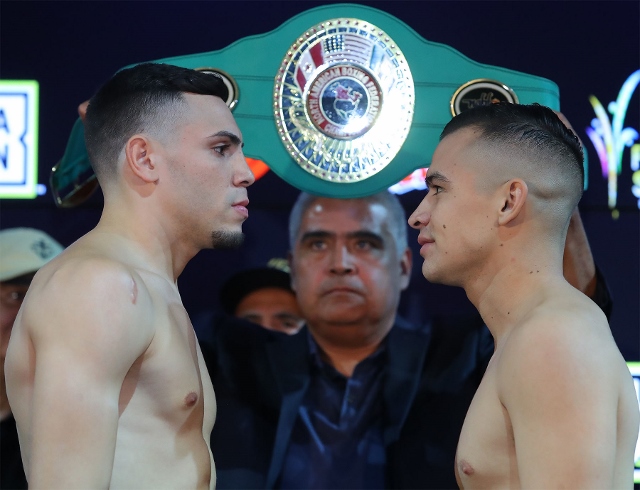 The 26-year old  Milwaukee (Wisc.)-bred Boricua certainly hopes another from the beloved island changes that status long before he’s ready to challenge for a major title. Still it only adds to his motivation ahead of his 10-round clash with fellow unbeaten super lightweight prospect Genaro Gamez (9-0, 6KOs), which streams live on RingTV.com Thursday evening (10:00pm ET/7:00pm PT) from Fantasy Sports Casino in Indio, Calif.

The bout marks a step up in class for both boxers, although Feliciano is already the more battle-tested of the two. Just 30 months into his pro career, Thursday’s bout will already mark his fourth versus an opponent either previously unbeaten or with just one loss, in addition to his entertaining clash versus a serviceable Carcamo just two months ago.

“Tito Trinidad is one of the reasons I became a boxer,” notes Feliciano. “Whenever he fought, I was glued to the TV.”

Whereas meeting with de la Hoya and eventually signing with Golden Boy Promotions was a dream come true for Gamez, so too was Felicianio’s first encounter with his boxing idol.

“I will never forget the first time I met Tito, when I was 16 years old,” recalls the unbeaten prospect, who is also with Golden Boy and fights out of Rancho Cucamonga, Calif. “It was a moment that always inspired me to one day become a great boxer, a world champion in several weight (divisions).”

For now, Puerto Rico will take just one. That moment won’t come on Thursday, but can at least provide a big next step towards restoring its rich legacy.

“Fights like this, rivalries like this, they only make you want to work that much harder,” notes Feliciano. “This is a fight where I can make a big statement and let the boxing world know that a future star is on the horizon.

“I’ve known Genaro since the amateurs. I know he’s talented and he wants to take my ‘O’ just like I plan to take his. It’s sink or swim time, no way I’m going to let my island down.”