Espinoza Confident Showtime Boxing Will "Do Better" in 2020

As the man primarily responsible for all of Showtime’s boxing broadcasts, no one spends more time and effort examining every fight the network televises than its president of sports and event programming. Espinoza adamantly dismisses unsubstantiated yet persistent speculation that Showtime will stop televising boxing in the not-too-distant future, just like longtime rival HBO did in 2018.

While certain CBS, Showtime’s parent company, is firmly committed to broadcasting boxing, Espinoza isn’t exactly “thrilled” with the type of fights Showtime aired live on the network this calendar year.

After a 2018 in which Showtime consistently aired quality matchups in various divisions, the premium cable channel encountered deep-pocketed competition for programming from DAZN, ESPN and FOX.

Competing with FOX for fights was particularly tricky because both networks have long-term deals with Al Haymon’s Premier Boxing Champions and often sought the same boxers from PBC’s pool of fighters to appear on those platforms. Manny Pacquiao, Errol Spence Jr., Deontay Wilder and Mikey Garcia were among the stars that fought on Showtime or headlined Showtime Pay-Per-View cards in 2018 or 2019, but later were featured in FOX Sports Pay-Per-View shows.

ESPN signed lineal heavyweight champion Tyson Fury to a long-term contract in February, just when it seemed Fury was going to sign a contract for an immediate rematch with Wilder, which Showtime would’ve distributed via pay-per-view.

“Look, I think 2019 for the sport was a year of adjustment,” Espinoza told a small group of reporters recently at MGM Grand. “I think all of the platforms look back and there are some things that they did right and some things that they did wrong. The last time we saw a year like this was probably 2014, 2015, when you had PBC coming in. And everybody adjusts. There have been massive changes in the market, between the streaming services and free TV. But that’s this sport. It always changes. So, I’m confident. Are we thrilled with the year we had in 2019? No, we can always do better.

“But I think we will make the necessary adjustments, and as everybody finds their balance, we will find a way to work more cohesively with talent across FOX and pay-per-view when necessary. But the reality is, our goal is not to be the leader in quantity. We’re not gonna compete with 50, 60, 80 dates a year. But we want to continue to be the supplier of the highest quality boxing fights, the highest quality talent, the highest quality production, the highest quality announce team. And we wanna feel like we are not just programming random fights, you know, just throwing stuff on, without context. We wanna build this into a cohesive sport.”

Showtime’s year got off to an inauspicious start when Abner Mares suffered a detached retina, which caused Gervonta Davis to instead fight late replacement Hugo Ruiz on February 9 in Carson, California. Davis knocked out Ruiz in the first round at Dignity Health Sports Park.

The network’s subsequent main event – a highly competitive split draw between junior middleweights Brian Castano and Erislandy Lara on March 2 from Barclays Center in Brooklyn – was one of the best bouts Showtime televised in 2019. 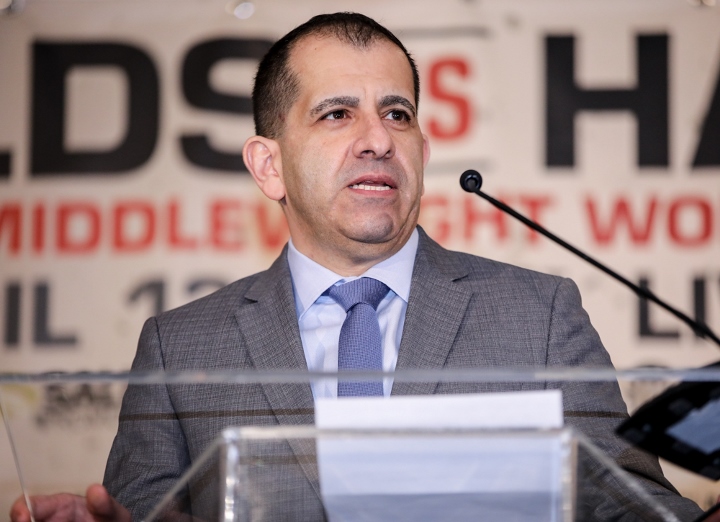 Showtime’s lowlight of this year probably occurred April 27, when Robert Easter Jr. and Rances Barthelemy boxed to a 12-round draw in one of the most boring bouts to air as a main event in recent history. The nature of that mundane match wasn’t predictable, but the results of the ensuing three “Showtime Championship Boxing” main events were foreseeable.

Wilder’s spectacular, first-round knockout of mandatory challenger Dominic Breazeale on May 18 at least supplied Showtime with a viral moment and its highest viewership for a live boxing event this year (roughly 990,000). Showtime committed additional money to its license fee to broadcast Wilder-Breazeale live on the network, soon after DAZN offered the hard-hitting WBC heavyweight champion a four-fight deal that reportedly could’ve become worth $120 million.

The following two telecasts featured polarizing boxers that viewers want to watch – Jermall Charlo and Davis – but against huge underdogs in Brandon Adams and Ricardo Nunez, respectively. Charlo defeated Adams convincingly in their 12-round bout June 29 at NRG Arena in Houston, whereas Davis knocked out Nunez, his mandatory challenger, in the second round July 29 at a sold-out Royal Farms Arena in Baltimore, Davis’ hometown.

There hasn’t been a “Showtime Championship Boxing” broadcast since Davis-Nunez. The last two such telecasts of 2019 will feature Davis and Charlo, each in December.

Haymon negotiated with FOX and Showtime for the rights to distribute their rematch. Espinoza told BoxingScene.com late in September that the potential deal for their rematch ultimately “didn’t make sense” for Showtime (https://www.boxingscene.com/showtimes-espinoza-wilder-ortiz-ppv-deal-didnt-make-sense-us--142822).

Meanwhile, Showtime remains firmly committed to its long-running prospect series, “ShoBox: The New Generation,” which has helped launch the careers of 81 eventual world champions since its inception in 2001.

“There is not another tool across boxing like ShoBox,” Espinoza said. “It is the developmental platform. … It’s one of the things we’re most proud of because that’s – you guys have all talked to Gordon [Hall, ShoBox’s executive producer]. He is as tough as they come. Leonard [Ellerbe] will tell you. Floyd [Mayweather] doesn’t get any breaks in matchmaking. Nobody does.

“And you look at some of the young guys that are on other platforms now, they all came from ShoBox. So, I think what we wanna continue to do is to find the best talent, highlight it in the best way, with the highest quality announce team and production. And I think it’s critical for the future of the sport that we’re delivering a high-quality experience, not just sports.”

As this challenging year inches toward its end, Espinoza is confident Showtime, which began airing boxing in 1986, will remain entrenched in the sport.

CBS, which also owns BoxingScene.com, announced in August that it agreed to terms on a multibillion-dollar merger with Viacom. Espinoza doesn’t expect that corporate reunion to adversely affect the company’s commitment to boxing.

“We’re in a sort of strange place because of a merger, which is expected to close,” Espinoza said. “So, a lot of different conversations are on hold. But there hasn’t been a change in our approach or our enthusiasm across the company for the future of the sport. It drives business. We see that in quantifiable metrics with Showtime. And there still is a tremendous opportunity. We believe the sport of boxing still presents opportunity.

Espinoza envisions Showtime getting its fair share of quality of fights in 2020 through its partnership with Haymon’s PBC.

“It’s not so much as a quid pro quo,” Espinoza said in reference to the type of fights FOX and Showtime will televise next year. “But it opens the door for conversation. It says, ‘OK, then let’s talk about what is the plan, vis-à-vis FOX and vis-à-vis our programming, and let’s figure it out.’ I think FOX has a better idea of what they’re doing. And I think the key for us is, you know, making a long-term plan.

“We’ve been here 35 years. There’s no one else in the market that can say that. And we’re not going anywhere. We’ve got a huge library of fights, a huge library of experience, and that counts for something. And we will continue to have the best fights and present them the way that makes sense. Not at 1 in the morning. Not sort of random fights at 6 a.m. But fights with context, that make sense and that lead to other fights.”

[QUOTE=Travis scott;20196599]it's the American fighters on pbc on fox getting the top ratings though[/QUOTE]Not sure if Wilder, Tank, or Spence draw more than Pacquiao?

[QUOTE=Travis scott;20196588]Stop you just mad the black boys in pbc on Fox get the top ratings[/QUOTE] :lol1: I got love for every man, brother. If you read racism in what I wrote you the one with issues, man.

[QUOTE=Travis scott;20196587]Mad pbc on Fox beating dazn and ESPN in ratings huh[/QUOTE] Beating? Yeah and Ferrari are cheaper than Honda. I’m mad about that!

[QUOTE=Bronx2245;20176846]I think what makes PBC so good is that they have fighters from everywhere! They have Pacquiao, Dervy, Baranchyk, Stanionis, Ajagba, Kownacki, Ortiz, Lara, Castano, Eubank Jr., Badou Jack, Ugas, Lipinets, LSC, Rigo, and many more![/QUOTE]it's the American fighters on…