At the Metropolis in Montreal - In his first fight since his crushing knockout defeat last October to WBO 140-pound world champion Terence Crawford, Dierry Jean (29-2-1) was lucky to get an eight round a draw with Ricky Sismundo (30-9-3).

Beginning in the second round, Sismundo increasing pressure, thus creating many exchanges. In the fourth round, Jean was in serious trouble when he was knocked down twice. By the fifth round Jean's left eye was swollen to the put of being shut. However, he managed to take control at times with his speed and accuracy. In the end, the judges scored it a split draw (76-74, 74-76, 75-75).

In the main fight of the evening, Montrealer Steven Butler (16-0-1) made a successful first defense of his IBF youth world belt via a ninth-round knockout over previously undefetaed German contender Ferdinand Pilz (16-1-0 ). 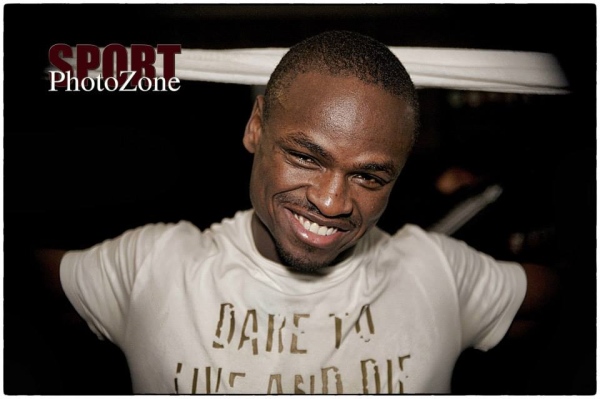 Hyppolite did well to initiate the fight, but went down early in the second round, and that prompted Nievas to put on as much pressure as possible from that point forward. Hyppolite was able to get himself back in order and blasted Nievas to the floor in the fifth round and managed to get the knockout victory at 1:38.

The event was staged by Eye of the Tiger Management.

damn looks like his last fight really did a number onhim might never be the same againnot that he was much to begin with.