Another fighter coming off of a long stint of inactivity is Lamont Peterson (35-3-1) who will return from an 11 month layoff on January 20th when he faces IBF welterweight champion Errol Spence (2–0) at the Barclays Center in Brooklyn, NY.

In his last fight, Peterson won a twelve round unanimous decision over David Avanesyan to capture the WBA "regular" welterweight title. He vacated that belt to secure the opportunity to fight Spence. 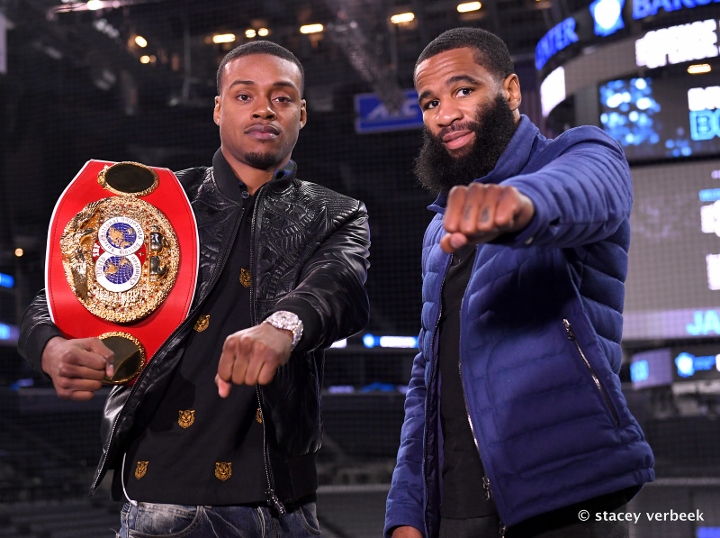 For Spence, he will be making the first defense of the title he captured back in May with an eleven round stoppage over Kell Brook in Sheffield, England.

Even though Spence is a big favorite in the fight, Alexander is very confident that Peterson will also end his layoff with a victory and believes that his advantage in experience will be a key factor in the fight.

“It’s gonna be an awesome fight but I’m going with my boy Peterson. Just because his skill level is different than all the other fighters Spence has fought,” Alexander told BoxingScene.com.

Peterson hasn’t been active in recent years but he hasn’t let himself go. He has stayed in the gym, quietly honing his craft.

That is one of the main reasons Alexander doesn’t believe ring rust will play a factor in the fight.

“I believe ring rust could be a problem if you are not training and doing nothing for a while. But if you stay constant in the gym like Lamont then I don’t think it will play a factor,” said Alexander.

Spence-Peterson takes place on January 20th and will be broadcast by Showtime.

[QUOTE=Oluminati;18306423]True, but I don't think it's likely that an offer will come with Crawford's name on it before Spence fights Thurman. I think Spence will beat Lamont, fight a hometown fighter against maybe his mandatory if there is one, and…

[QUOTE=Bronx2245;18306369]Thurman vs. Spence (according to Thurman) is probably not going to happen until 2019. Thurman is saying he needs a tune-up in 2018, followed by his mandatory fight with Porter, so he doesn't see Spence in his near future. What…

[QUOTE=Oluminati;18306292]Wrong guy. No way Al Haymon offers Thurman to Crawford before Spence! Crawford already has pretty good notoriety so the winner of Thurman and Spence is the better setup match imo.[/QUOTE]Thurman vs. Spence (according to Thurman) is probably not going…

[QUOTE=RyanjLarose;18288557]who punches harder matheyyse at 140 or spence at 147?[/QUOTE] One punch is Matthysse, ability to punish a fighter is Spence.