Arum: Pulev Is Hell Of A Lot Better, Stronger Fighter Than Andy Ruiz

Bob Arum’s familiarity with Andy Ruiz Jr. is one of the primary reasons he is so confident Kubrat Pulev will knock out Anthony Joshua.

As much as Arum would want to be part of a lucrative Joshua-Tyson Fury heavyweight extravaganza, the 88-year-old promoter is convinced Pulev will prevent it from remaining possible even before Fury faces Deontay Wilder a third time. England’s Joshua (23-1, 21 KOs) is tentatively scheduled to make a mandatory defense of his IBF championship against Bulgaria’s Pulev (28-1, 14 KOs) on June 20 at Tottenham Hotspur Stadium in London.

“I keep telling people, and I really mean it, that Joshua is not gonna overcome Pulev,” Arum told BoxingScene.com. “Joshua has to be suspect. Forget his victory over Ruiz in Saudi Arabia. I mean, Ruiz disgraced himself with the condition he came in at. That doesn’t diminish the fact that Joshua regained the titles. That wasn’t Joshua’s fault. But I don’t give him any props for the way he beat Ruiz. I do really question Joshua’s chin and ability by the fact that he allowed himself to be knocked out by Ruiz.” 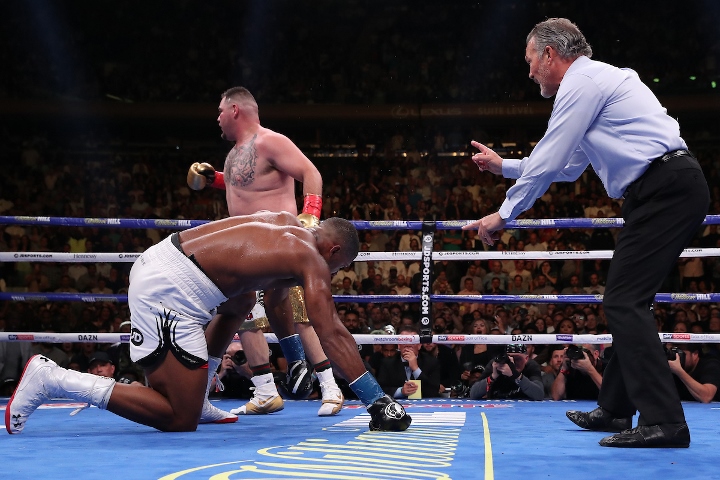 Arum’s company, Top Rank Inc., promoted most of Ruiz’s professional fights, including a close, majority-decision defeat to New Zealand’s Joseph Parker in a 12-round fight for the then-vacant WBO title in December 2016 in Auckland. Top Rank became Pulev’s co-promoter in December 2018.

After watching Ruiz (33-2, 22 KOs) drop Joshua four times and stop him in the seventh round 10 months ago at Madison Square Garden, Arum expects the 6-feet-4, 248-pound Pulev to beat Joshua, too.

“Ruiz, other than the fights with Joshua and one other fight, all of his professional fights were with Top Rank,” Arum explained. “And while he had quick hands and he was a brave sort of kid, he didn’t have the power to knock out ordinary heavyweights. He struggled with guys that were ordinary. He couldn’t knock ‘em out, even though his skill set was much greater than the guys that he was fighting. So, the fact that he could knock out Joshua, and knock him out the way he did, makes Joshua very suspect to me. And Pulev is a hell of a lot better and stronger fighter than Andy Ruiz. So, I give Pulev a hell of a shot to knock out Joshua.”

Joshua is eight years younger than Pulev, who will turn 39 before he steps in the ring with the 2012 Olympic gold medalist. Still, Pulev has lost only to Wladimir Klitschko, the long-reigning champion who knocked out Pulev in the fifth round of their title fight in November 2014 in Hamburg, Germany.

The Joshua-Pulev fight for Joshua’s four titles could be postponed until July 25 or later. The date of their fight will depend on how long the COVID-19 pandemic impacts the boxing business and how it affects Tottenham Hotspur FC’s home soccer schedule in the Premier League.

[QUOTE=theface07;20512883]So basically anyone who's not afraid of gays is gay. Good one bro. When you end up in prison for jerking off a dog in public, you'll get used to being cornholed so it won't be such a foreign idea…

[QUOTE=MisanthropicNY;20511387]Said by every closet case ever.[/QUOTE] So basically anyone who's not afraid of gays is gay. Good one bro. When you end up in prison for jerking off a dog in public, you'll get used to being cornholed so it…

[QUOTE=jreckoning;20511214]You sound triggered.:dance::dance::dance: Francis is from the movie Stripes starring Bill Murray. Sgt Hulka says that to a triggered recruit. Just explaining the joke which you didn't get that's all. Not fighting any weird battle with you.[/QUOTE] I don't use…

Why take Arum seriously? He's just doing his job promoting a fight and his fighter while bringing down the achievements of fighters in other stables. That's what boxing has come to be