A Nielsen Media Research report released Tuesday noted that a peak audience of 2,108,000 tuned in toward the end of the Williams-Hurd fight at EagleBank Arena in Fairfax, Virginia. The three-bout broadcast on FOX averaged 1,385,000 viewers over the course of nearly three hours. 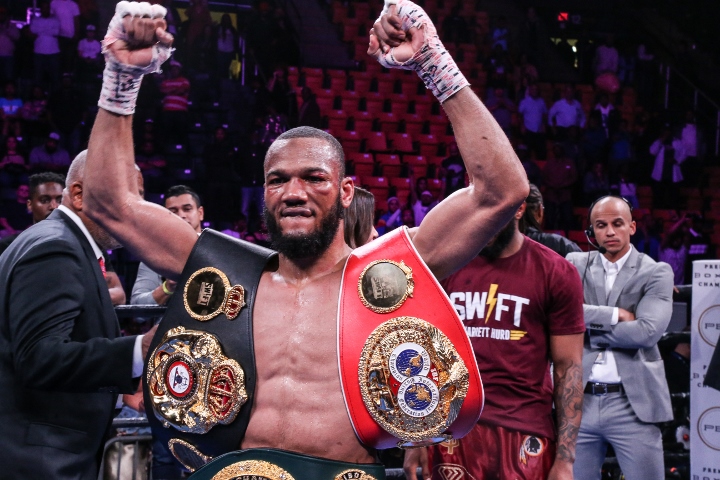 Viewership was 28 percent higher for the Hurd-Williams show than for FOX’s three-fight offering April 20 from Carson, California.

That telecast peaked at 1,468,000 viewers during the main event, Danny Garcia’s seventh-round knockout of Adrian Granados in a welterweight fight. Garcia-Granados drew an average of 1,391,000 viewers, whereas the whole event averaged 1,082,000 viewers.

The FOX and ESPN boxing telecasts aired at the same time for nearly an hour. ESPN’s main event – Miguel Berchelt’s stoppage of Francisco Vargas in a WBC 130-pound championship rematch – did not compete directly with Williams-Hurd.

Williams’ upset of Hurd could lead to a rematch of a “Fight of the Year” candidate. Philadelphia’s Williams (27-1-1, 16 KOs, 1 NC) knocked down Hurd (23-1, 16 KOs), who was about a 6-1 favorite, in the second round, often out-worked the bigger, supposedly stronger Hurd on the inside and won a unanimous decision.

San Antonio’s Barrios (24-0, 16 KOs) knocked out Argentina’s Velasco (20-2, 12 KOs) with a left hand to the body that prevented him from reaching his feet before referee Wayne Spinola counted to 10 in their welterweight bout. Russia’s Korobov (28-2-1, 14 KOs) seemed to out-box Aleem (18-1-2, 11 KOs), of Richmond, Virginia, but the outcome of their fight was changed from a majority-decision win for Korobov to a majority draw once an official from the Virginia Boxing & Wrestling Commission discovered a mathematical mistake on the scorecard of judge Mark D’Attilio.

Jimmy Lennon Jr. announced during the telecast that Korobov beat Aleem on the scorecards of judges Dorothea Perry (97-93) and D’Attilio (96-95). Judge Brian Costello had the action even (95-95).

Korobov and his team later learned D’Attilio actually scored their fight 95-95. That alteration rendered it a majority draw.

[QUOTE=MC Hammer;19747390][B]You contradict yourself. You say that 48M in revenue is just because of the Canelo fight then say that all those US viewers who watched weren't new. [/B]If 600k watched live then it's safe to assume that some of…

[QUOTE=Detroit29;19743267]Hurd and Rock are PBC fighters therefore GO PBC!!! NOBODY and I mean NOBODY is just bubbling over when it comes to fights every time out. But at least Haymon has the right idea by putting fighters on television were…

[QUOTE=bigdunny1;19745131]because live viewers don't equal total amount of subscribers. ESPN reported DAZN generated over 48M in revenue from new subscribers for the Canelo fight. And subscribers paid either 20 bucks or 99 bucks. Laughing at you pretending to not know…