The heavyweight title fight rematch between Deontay Wilder and Luis Ortiz continues to move the needle.

The segment was released two weeks after the debut of Wilder vs. Ortiz: PBC Fight Camp, which aired on a Sunday afternoon (Oct. 27) either prior to or immediately following—depending on the market—the National Football League (NFL) Game of the Week on Fox and drew a series-record 2.247 million viewers. 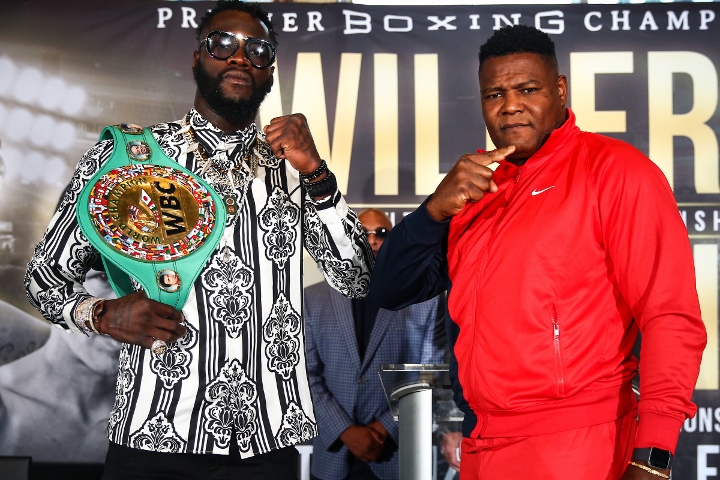 Saturday’s debut of Wilder-Ortiz: PBC Countdown turned in the best viewership performance since the series debut last year, with a Dec. 8, 2018 telecast drawing 705,000 viewers ahead of the first live telecast under rebranding of the PBC on Fox series.

Whereas the bulk of PBC on Fox events in the fall benefit from cross promotion through the network’s NFL coverage, promos for Wilder-Ortiz II have also been prominently displayed throughout the Major League Baseball (MLB) postseason as well as Fox’s WWE Smackdown series, which airs Friday evenings in primetime.

The aggressive marketing scheme mirrors that of which was provided for each of the two Fox Sports PPV events headlined by unbeaten welterweight titlist Errol Spence. Wins over Mikey Garcia and Shawn Porter enjoyed successful numbers at the live gate and in PPV sales, although numbers for the latter are never officially released by Fox Sports.

As much is expected for the forthcoming sequel between Alabama’s Wilder (41-0-1, 40KOs) and Miami’s Ortiz (31-1, 26KOs; 2NC). Wilder scored a 10th round stoppage in their instant classic last March, which aired live on Showtime from Barclays Center in Brooklyn, New York and served as the network’s most watched boxing event of 2018 (Writer’s note: Showtime is owned by CBS, which also owns BoxingScene.com). The rematch between the pair of top-rated heavyweights will air live on Fox Sports PPV from the MGM Grand Garden Arena in Las Vegas, Nevada.

[QUOTE=j.razor;20190840]:lol1: Yeah right, tell your boy bob to step it up before he leaves this planet.[/QUOTE] Your boy Gaymon is old enough to be a Wilder or Tank opponent. He'll probably leave the planet first. Better start making fights that…

[QUOTE=Bob Haymon;20189091]Your boy Gaymon is struggling on Fox Sports and Showtime. The last two PBC cards had 159k viewers and 198k viewers. Shamwow infomercials at 3 AM get higher ratings than PBC fights. Fox is gonna have to start airing…

[QUOTE=Tyistall;20189528]How about you just stop yourself from commenting on me then? Or just stop your life[/QUOTE] I'll stop yours before I stop mine :firedevil

wow i gotta think it does at least 750k ppvs if ratings that strong. no boxer has that kind of popularity right now