Whyte: We Made Ruiz an Offer, But Chocolate is More Important To Him

Heavyweight contender Dillian Whyte is hoping that former world champion Andy Ruiz accepts an offer for a potential fight in the coming months - but he doubts the contest will come off.

Whyte was in action last month in Saudi Arabia, when he secured a tough decision win over veteran Mariusz Wach.

Ruiz appeared in the main event and lost his WBA, IBF, WBO, IBO belts when he was outboxed over twelve rounds at the hands of Anthony Joshua. 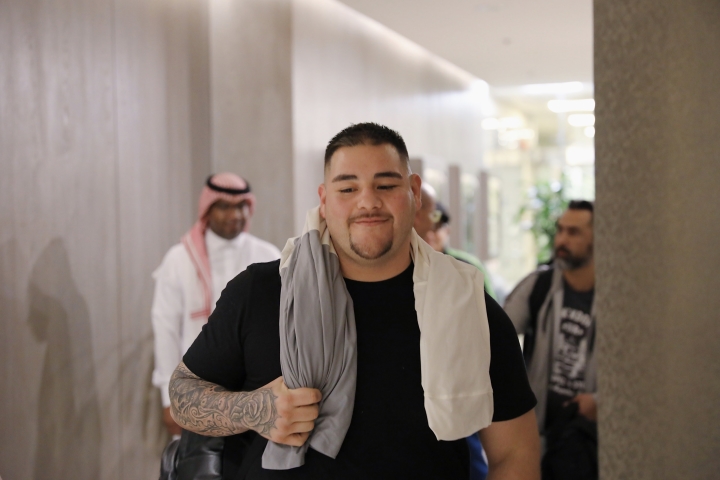 Earlier this week, Ruiz parted ways with his trainer Manny Robles, who led the Mexican heavyweight to one of the biggest upsets in heavyweight boxing history last June - when Ruiz dropped Joshua four times and stopped him in the seventh.

But after that win, Ruiz partied for two months and started training camp too late for the rematch. He was out of shape for the second encounter and easily outboxed by Joshua.

Promoter Eddie Hearn, on behalf of Whyte, has made a sizable offer to Ruiz to get him in the ring.

“We made Andy Ruiz an offer, but chocolate’s more important than boxing for him right now so let’s see," Whyte stated, according to Give Me Sport.

"He's done well, changed his life. He made history… Tacos got that brother moving mad. He had the world at his feet, but he couldn’t say no to the enchiladas."

Given that Ruiz is currently without a trainer and coming off a one-sided loss, it's unlikely he will face Whyte next. Whyte's return is being targeted for late April or May.

Ruiz is slated to be meeting with well respected trainer Teddy Atlas in the coming weeks. Atlas had trained heavyweights such as Mike Tyson, Michael Moorer, Alexander Povetkin, Michael Grant and Shannon Briggs.

The next fight date for Ruiz could also come in April or May. Nothing has been set down in stone until Ruiz figures out his training situation.

[QUOTE=BIGPOPPAPUMP;20347627]Heavyweight contender Dillian Whyte is hoping that former world champion Andy Ruiz accepts an offer for a potential fight in the coming months - but he doubts the contest will come off. Whyte was in action last month in Saudi…

[QUOTE=Curtis Harper;20348609]Boxer pays trainer, let's not forget. Trainer don't like what's going on, the door isn't locked. That said, no trainer is going to make much, if any, difference when it comes to Andy. He is who he is.[/QUOTE] Exactly.…

Ruiz would beat Whyte and we all know it. Whyte is slow and would get hit alot.

[QUOTE=texasboi15;20348346][B][I]Right! The fzckin DORK sounds [B]r[/B]etarded[/I][/B][/QUOTE] Must have been all the slaughtered villagers I saw from the local drug cartels latest party, they put sombreros on them and propped them up in corners so nobody noticed they were dead for…