Whyte Vows To Be Much Slimmer When He Faces Povetkin

Dillian Whyte has promised to be much slimmer for his upcoming return to the ring next month.

Whyte, the interim WBC heavyweight champion, weighed a whopping 271 pounds when he plodded to a points win over Mariusz Wach in Saudi Arabia, comfortably the heaviest of his career.

In the months leading up to that contest, Whyte explained that he packed on the pounds while dealing with a UKAD investigation in connection to an abnormal test result. Prior to his fight in December, he was cleared by UKAD, who withdrew the charge.

“That weight wasn't so much diet, it was stress going on,” Whyte said. “Stress affects people in two ways, it makes some people slim, it makes others put weight on.

“I have been cooking for myself for years and I know what I am doing but that was the stress of walking around like a zombie for six months.” 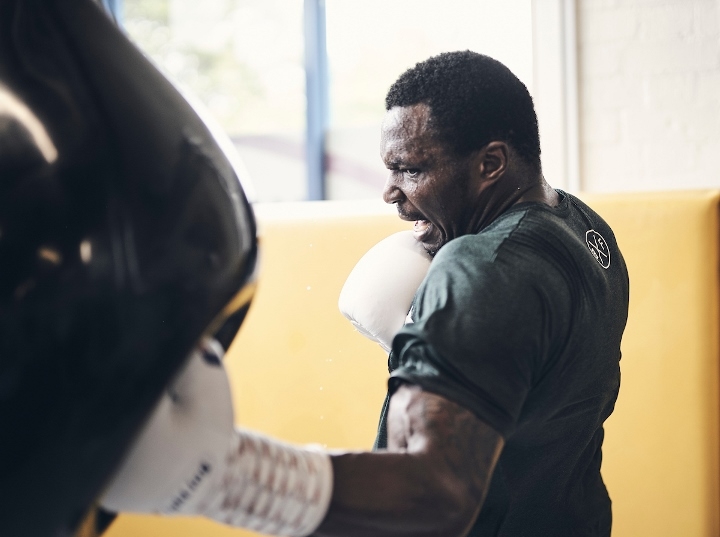 Whyte now has his eyes on a WBC title shot against Tyson Fury, which he hopes will follow if he beats Alexander Povetkin on August 22.

Since the lockdown began, Whyte has based himself in Portugal, which he said was a major factor in him splitting with his trainer, Mark Tibbs. But Whyte says the warm weather has helped him shed the excess pounds.

“The weather has definitely helped with the lockdown,” Whyte said. “There is a lot of good local food and a private gym for me and my team. I had 40 pounds to lose from my last fight so I have been working to lose it. Lockdown couldn’t have been any better.

“I’ve been able to work and chip away and stay motivated and stay stimulated. I don’t know how much weight I have lost, the training is going up now and I am a lot leaner than I was seven weeks out of the Wach fight.”

Whyte is the HW champion of the world!!! He has all the belts in his plate right now and there's nothing Whyte can do about it

Crazy, how guys like Molina, Szpilka, Duhaupas, Washington, Breazeale , Ortiz , Takam got world title shots, but Whyte still not. Whyte is better than all these guys.

[QUOTE=rudy;20656856]Yes and look how many have failed drug test in the Sheffield camp. Makes u wonder was Naseem Hamed on PEDS one of the reason why he is so massive now ? He probably did not know was told by…

[QUOTE=tokon;20655547]Wonder how many times Whyte has been random tested since going out to Portugal to train? It all seems very familiar to Dominic Ingle's old trick of taking his fighters out to the Canary Islands for "preparation", with them arriving…