Whyte: 'Gypsy Bum' Fury Should Be Ashamed, Fight Was a Joke!

In his first fight since his draw with Deontay Wilder in December, Fury needed just two rounds to stop Schwarz (24-1) at the MGM Grand. 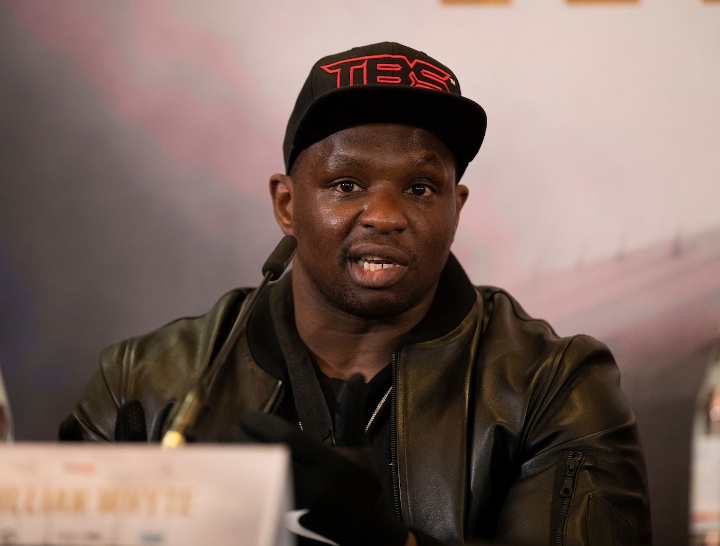 After setting up his win in the first round, Fury claimed a TKO victory in the second, improving his record to 28-0-1 and retaining his crown.

Fury was stealing the show before the fight started, recreating Apollo Creed's 'Living in America' entrance and that would be just the beginning of an all-round performance.

He started the fight well, landing multiple jabs in a dominant first round before taking complete control in the second.

After producing some wonderful movement to avoid multiple punches from Schwarz, Fury completed the job.

With Schwarz's nose already bleeding, Fury landed a flurry of blows on the ropes to knock the German down.

While Schwarz was able to resume, the fight was over soon after, stopped after Fury continued to attack in the corner.

There was even more to come from Fury, who belted out part of Aerosmith's 'I Don't Want to Miss a Thing' in the ring after his win.

Even before the contest took place, Whyte was a big critic of the fight and told reporters that Fury ran from him in order to face someone like Schwarz.

"Can’t believe I stayed [up] to watch that joke of a fight. Tyson Fury should be ashamed of himself, running away from me and fighting these chumps. My mother would of knocked out Tom the bum in a round. Gypsy bum, bum city," stated Whyte.

Schwarz would beat Lucas Browne and that's one of Whytes best wins. He lost to Chisora, and should've lost to Parker.

Whyte is far from complimentary at the best of times of his rivals but he's actually right here.

[QUOTE=Red Skull;19836746]Brazil never once came close to hurting AJ, he got completely worked over easily through multiple rounds with Joshua. He was okay at best but Rivas would beat someone like that.[/QUOTE] Brezeale is garbage, but he was still ranked…

Dillian Shyte would lose every round to Fury and his Beetlejuice head would get cracked by Wilder. I am not a big Rivas guy almost falling asleep ringside watching him against Jennings. The sad part is that he may beat…