Heavyweight contender Dillian Whyte explained that his team made two lucrative offers to former unified world champion Andy Ruiz, who had no interest in the contest.

Whyte was hoping to face Ruiz in May, but that didn't happen.

They both saw action back in December, in Saudi Arabia. Whyte won a hard-fought decision over Mariusz Wach, while Ruiz lost his titles by way of a twelve round decision at the hands of Anthony Joshua. 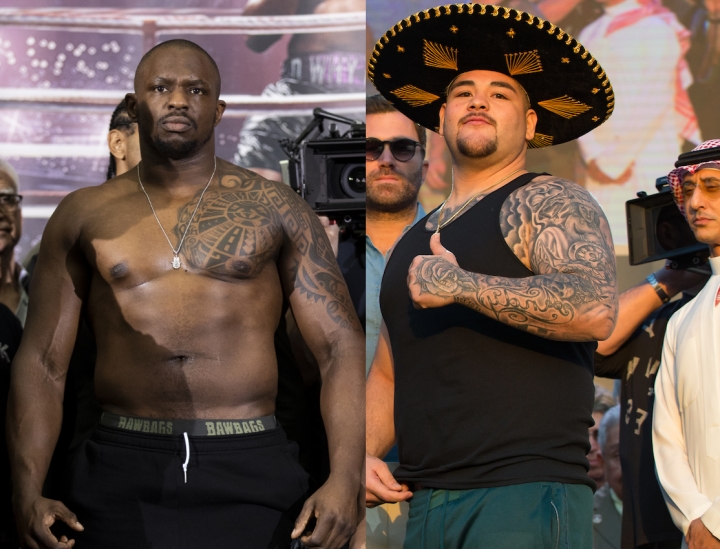 On Wednesday, Whyte and his team officially announced their May 2 clash with former champion Alexander Povetkin in Manchester. Povetkin also saw action on the December card in Saudi, when he fought to a draw with Michael Hunter.

Whyte believes Ruiz will take an easier fight on a date in August, with someone like 38-year-old veteran Chris Arreola. On the other hand, Povetkin is 40-years-old and has been around as long as Arreola - but he's not take as much punishment and his two career defeats came at the hands of Anthony Joshua and Wladimir Klitschko.

"So Povetkin stepped up to the plate, as we knew he would because he’s a warrior. We sent [Ruiz and his team] two offers, they didn’t accept the offers so that’s his problem. He didn’t want to take two dangerous fights back-to-back. He wanted a warm-up fight. I think he’s going to fight Chris Arreola, who is like a thousand years old.

"Fury says he’s the best, (Anthony) Joshua says he’s the best. (Deontay) Wilder thought he was the best. I don’t care – win, lose or draw. There are many guys who have gone through their careers and not fought the number one challengers, avoided guys, waited until they were 60 before fighting them. No, not me. I just want to fight the best."

Good joke, tell me another. Chisora 1 he lost. Parker fight was a joke as well the headbutt knockdown if that goes away it was a draw. You can't be one sided just because you like his PED taking sloppy…

[QUOTE=PBR Streetgang;20445559]AJ outboxed him and got the win but I think he ruined himself to be honest. Some people can't handle success and self destruct. It's pretty easy to see that Ruiz lacks discipline and probably has some other issues…

[QUOTE=theface07;20444452]Whyte was flabby in his last fight so what's the difference?? It's not like Ruiz got KO'd by Joshua, he lost a clear points decision. Furthermore, his loss to Joshua was his second loss (even if his first to Parker…

[QUOTE=Corelone;20443670]AJ ruined him. That was easy money, Andy could have eaten between rounds, he didn't care. He, you, me, could see AJ trained to run.[/QUOTE] AJ outboxed him and got the win but I think he ruined himself to be…

[QUOTE=theface07;20444448]So what? He's still much more relevant and more accomplished than Arreola. Heavyweights can still compete on a high level well into their late 30's and early 40's. If you don't understand that, you are a total moron who needs…