WBC Prez on Fury-Joshua: We Absolutely Support It, Great Hope it Happens

The two fighters had agreed on the monetary terms for a two-fight agreement for next year.

There was the issue of Dillian Whyte being owed a mandatory defense by February, but that hurdle went up in smoke back in August - when Alexander Povetkin knocked Whyte out in five rounds.

There was rematch scheduled to take place on November 21, which was postponed until next year after Povetkin was diagnosed with COVID-19. 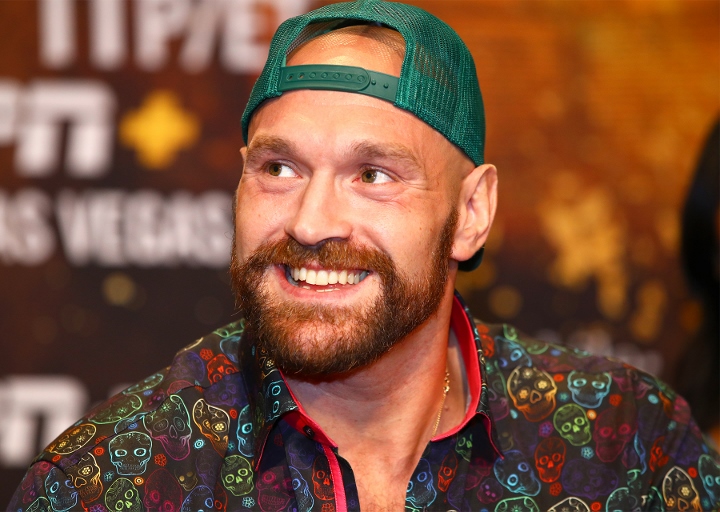 Joshua must now overcome his hurdle, when he faces mandatory challenger Kubrat Pulev on December 12 in the UK.

There is also the issue of WBO mandatory challenger Oleksandr Usyk, but Joshua's handlers plan to apply for an exception to push the Fury unification along.

Fury was scheduled to fight on December 5. Two weeks ago he pushed back that stay busy return until 2021.

Sulaiman is hoping the two sides actually come together to finalize a deal.

"There's absolutely great hope from the world to see that undisputed fight Tyson Fury is our champion, our pride. Anthony Joshua holds the other belts and he has been a tremendous asset to the sport. A gentleman, a great career. To see this showdown, Fury-Joshua, would be tremendous for everyone in the sport of boxing. We will absolutely support it," Sulaiman said to Sky Sports.

"The WBC has no blocks right now. There is no mandatory contender. There is an issue that we are aware that Tyson Fury and Deontay Wilder have some sort of mediation process going on and that's the only thing, but we don't have any details. We're just hoping that everything gets resolved and everybody is happy and we see great fights inside the ring."

I hate that Morris Silly man cvnt but he backs an undisputed fight. Only total bellends with a clear anti something or other agenda would rather not see divisions get unified. Daggum doesn't like undisputed fights for some reason.

Boxing Scene loves this guy. I rarely hear anything printed from any other sanctioning bodies top brass, but this site posts something weekly from this guy. It is weird.

Why the negativity? He wants the two best heavyweights to fight each other...

The apple didn't fall far from the tree with this sleaze, full of belts ,self importance and corruption .

Why would Sulaiman even bother to say something so ridiculously obvious like this? It's a waste of words. Or is Sulaiman using this smokescreen to divert from the truth? That he knows Fury will never face Joshua and the secret…