In anticipation of the December 1 heavyweight world title showdown between WBC champion Deontay “The Bronze Bomber” Wilder and lineal champion Tyson “Gypsy King” Fury, the fighters embarked on a three-city international press tour which began Monday, October 1 in London where the two larger-than-life personalities faced off. The tour continued on Tuesday, October 2 in New York City at the Intrepid Sea, Air & Space Museum and concludes in Los Angeles at Star Plaza – STAPLES Center on Wednesday, Oct. 3.

The two larger-than-life personalities are in the midst of a three-city international press tour that began Monday in London and concludes Wednesday, Oct. 3 in Los Angeles. 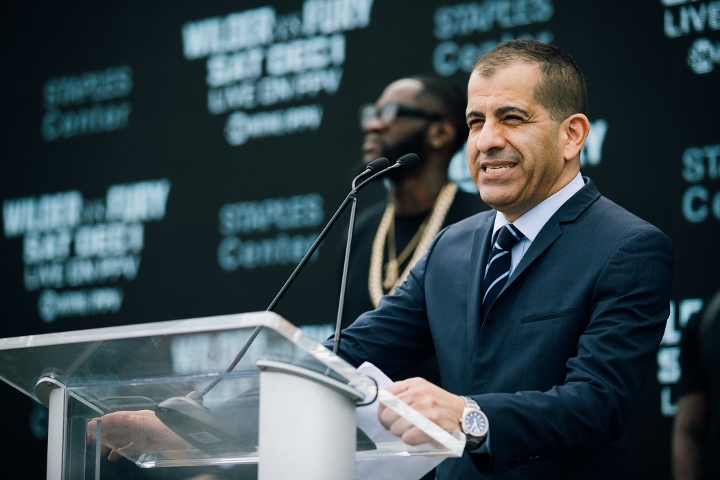 Wilder vs. Fury, the most significant heavyweight event in the U.S. since Mike Tyson-Lennox Lewis in 2002, will take place Saturday, December 1 at STAPLES Center in Los Angeles and will be produced and distributed by SHOWTIME PPV ®.

[QUOTE=KTFOKING;19162663]Huh? SHO is not giving that many dates to GBP on top of their PBC deal.[/QUOTE] It's Friday ShoBox cards. They don't interfere with Sat PBC cards. Okay maybe 4 cards.

[QUOTE=MasterPlan;19162660]10 Shows a year 2 PPVs 8 ShoBox DLH not turning that deal down.[/QUOTE] Huh? SHO is not giving that many dates to GBP on top of their PBC deal.

10 Shows a year 2 PPVs 8 ShoBox DLH not turning that deal down.