Luis 'King Kong' Ortiz and Malik Scott are ready for battle. They stepped on the scale for the weigh-in for Saturday's heavyweight showdown.

There is plenty at stake for Ortiz and Scott, with the winner edging closer to a world title shot, and both fighters looked in good condition on the scales ahead of this weekend's crucial meeting in Monte Carlo, live on Sky Sports.

The unbeaten Cuban fixed Scott with an icy stare when they posed for pictures and the American gave a simple nod in response before both men turned their gaze away. 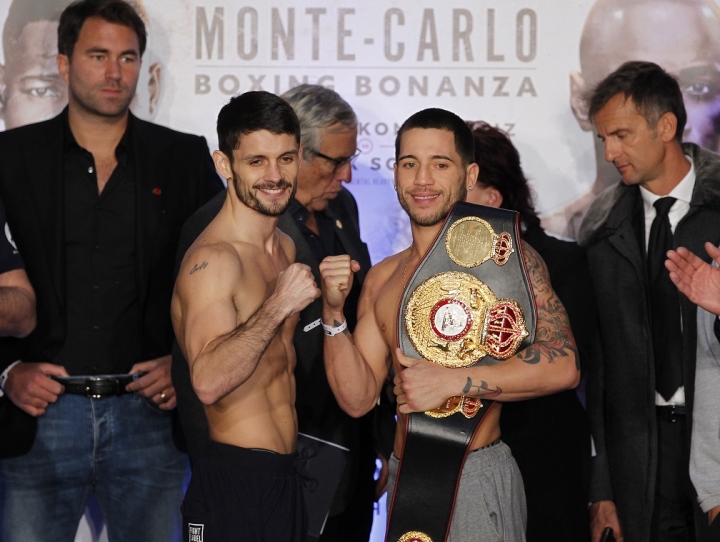 On an exciting undercard, the British trio of Stephen Smith, Jamie McDonnell and Martin Murray all made weight for their fights.

Smith, who challenges Jason Sosa for the WBA super-featherweight belt, was bang on the limit at 130-pounds, while Sosa was 128.8. 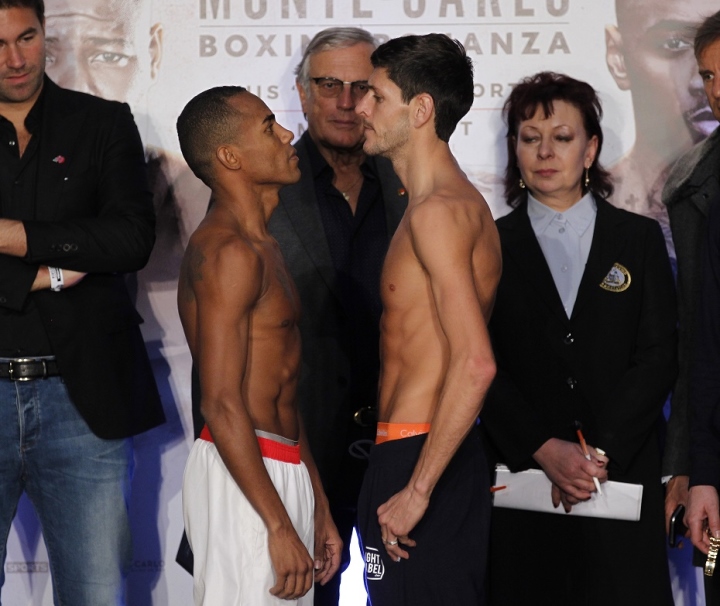 McDonnell, who came in at 118-pounds, for his WBA title defence and displayed his height advantage over challenger Liborio Solis, who was 117.7-pounds, as they stood on the stage. 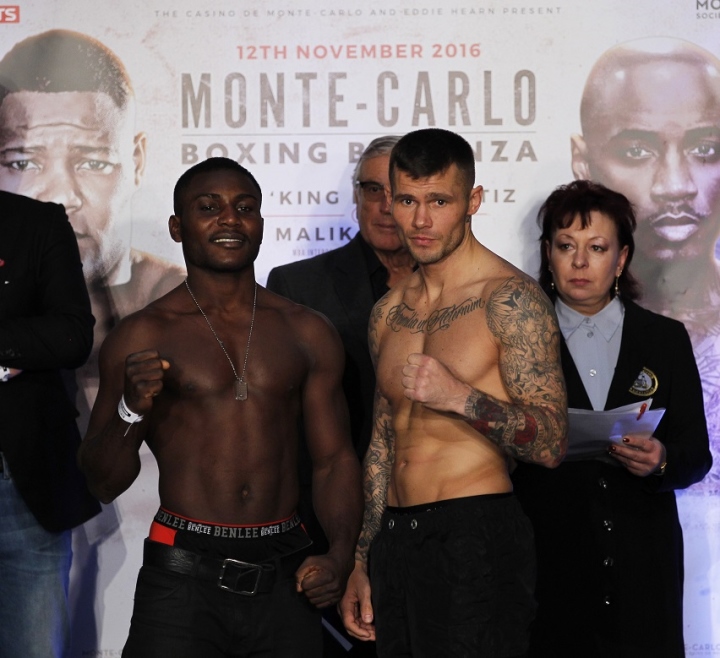 Murray has seen two opponents pull out of his scheduled fight and weighed 167.7-pounds for his super-middleweight bout with replacement Nuhu Lawal, who was 165.5-pounds.