"I am the best kept secret in boxing," said Pasillas. "My core team, and everyone in the boxing industry knows that I’m a world champion in the making. I want to fight Angelo Leo, I know that his style will not work on me, you can't beat me with just pressure, I am too smart for that. He’s a great champion but I’ll beat him down if we ever fight." 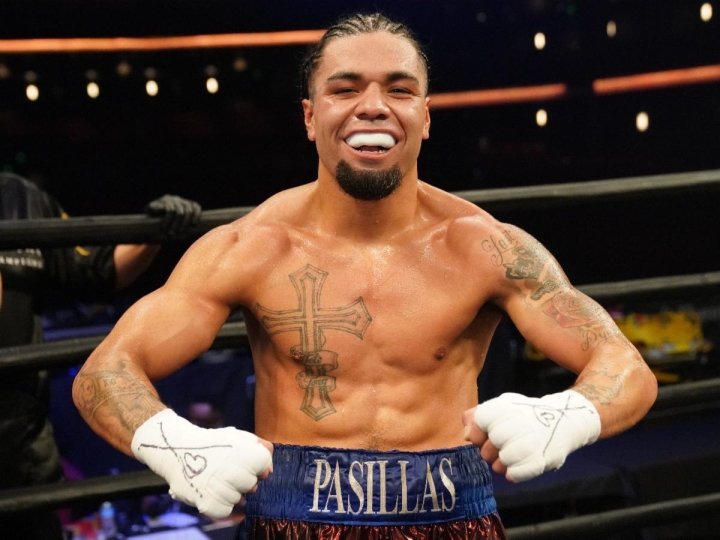 Pasillas held nothing back as he let it be known he is unimpressed with the WBA super bantamweight world champion, Brandon Figueroa.

"After watching Brandon Figueroa in his last fight with Vazquez, I confident in myself that I would annihilate him," continued Pasillas. "Figueroa has never been in the ring with a fighter of my caliber and I would stop him as well.”

“Luis Nery is a good fighter, but I will take that cat out,” Pasillas resumed. “My foot work, combined with my power will be too much for him. Once I blast him with a power shot, he’ll be toast.”

"And this guy M.J. is supposed to be the guy everyone is afraid of, I want him as well," Pasillas concluded. "No one is calling him out, so I am, and I will dethrone him too!"

It is clear Pasillas is ready and willing to take a world title shot against any of the champions at super bantamweight, the big question is…will the respected champions accept a fight with this emerging star.

I’m going to take over the 122-pound division one fight at a time until I become champion."

"There are a lot of big fights that can be made with all the champions at super bantamweight," said Greg Hannley, CEO of Prince Ranch Boxing. "We want all of them and will fight anyone to land that title shot."

Pasillas has a ton of talent and can go places at 122. He thoroughly impressed me in his last fight.

I like Vic. Been a fan of his for years. Don’t remember him talking smack like this though. Maybe it’s something he needs to do to get a championship shot. I think Leo is his best chance. Brandon would also…