Boxing’s return to Las Vegas now has an official home.

Full details have been made available for at least the first two shows to be presented by Top Rank under the new Nevada COVID-19 testing protocol for closed-doors events to be held in state. A series of shows will take place every Tuesday and Thursday live on an ESPN platform from the MGM Grand Ballroom Conference Center in Las Vegas.

In addition to the same hosting for all June dates (and likely beyond), comes another common theme: all boxers due to appear on said shows will be required to work with one of two assigned cutmen the series. According to information provided by ESPN’s Mark Kriegel on the most recent edition of State of Boxing on ESPN+, renowned cutmen Jacob “Stitch” Duran and Mike Bazzel will serve on site for all shows and will be made available to boxers through a random draw. 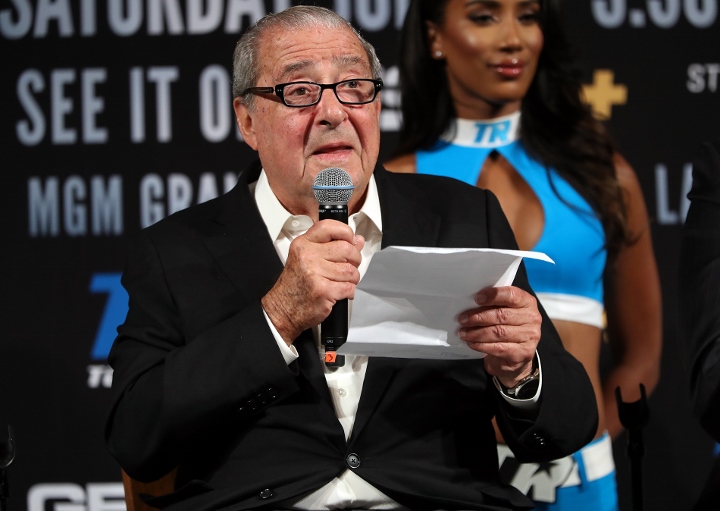 The series will begin June 9, with unbeaten featherweight titlist Shakur Stevenson to make his 130-pound debut in a scheduled 10-round main event versus Puerto Rico’s Felix Caraballo. The bout will top what is now a six-fight card for the summer series debut. The chief support will feature Stevenson’s 2016 U.S. Olympic boxing teammate and current 130-pound contender Mikaela Mayer (12-0, 5KOs), who will face Helen Joseph (17-4-2, 10KOs), a 31-year old Nigerian contender now based out of Hartford, Connecticut.

Two nights later will come a four-fight card, anchored by a pair of featherweight bouts. Former 122-pound titlist Jessie Magdaleno (27-1, 18KOs) aims to extend his two-fight win streak as he faces Dominican Republic’s Yenifel Vicente (36-4-2, 28KOs). In the chief support, Adam “Blunose” Lopez (13-2, 6KOs) faces Luis Coria (12-2, 7KOs) in a rescheduled bout originally targeted for last November in Las Vegas. Both boxers weighed in for the fight, but plans were scrapped when Lopez instead stepped in at the 11th hour to face former featherweight titlist Oscar Valdez, replacing a massively overweight Andres Gutierrez.

Lopez was valiant in defeat, dropping Valdez early before suffering a 7th round stoppage. Coria—a 21-year old prospect from Moreno Valley, California who is trained by Robert Garcia—landed as the odd man out, also having left him without a fight since last June.

We finally get to see some live boxing! And sometimes on an undercard with 4 fights you get a gem where there is an unexpected barnburner and sometimes even an upset. Congrats to Arum for getting boxing back after the…

People will watch. Just a fact. They will watch just out of curiosity if nothing else. Complain sure hope for something to happen yes, like some sort of brawl to break out. Like it or not they (Boxing) are going…