Tim Tszyu Has Interest in Fighting on Lopez-Kambosos Card

Hot junior middleweight prospect Tim Tszyu is not opposed to appearing on the undercard to a potential huge card in 2021, with unified lightweight champion Teofimo Lopez defending his belts against mandatory challenger George Kambosos.

Top Rank's CEO Bob Arum has mentioned his interest in staging a major card in Australia, possibly in April of May, with Lopez facing Kambosos in the main event.

Arum would like to have a big undercard, with the trilogy fight between Andrew Maloney and WBA "regular" super flyweight world champion Joshua Franco.

And he would like to have Tszyu on the card as well. 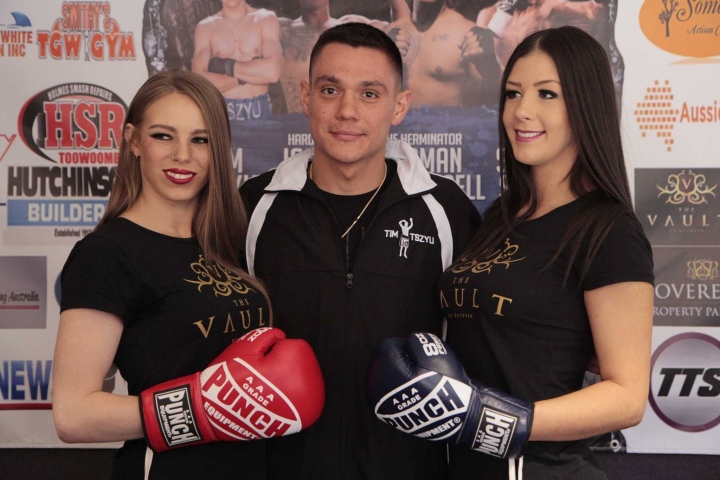 In his last fight, Tszyu made a statement when he demolished former WBO welterweight champion with a stoppage win.

The victory easily made Tszyu a main event attraction in Australia.

He is now scheduled to return on December 16, against Bowyn Morgan.

Tszyu would have interest in being part of Lopez-Kambosos - but the ultimate decision would be made by his manager and promoter.

"I wouldn't say no," Tszyu said to WA Today. "It's all up to my promoter and manager to work on a good deal.

"I love to fight on big shows and the fact I'm headlining all these big shows, it shows that I'm doing something right. Any big show is appealing. It's a great time for Aussie boxing because you've got these young boys who are hungry and willing to give it their all. They have put in the sacrifice year after year to get into this position, it's great."

For now Tszyu's priority is the upcoming fight with Morgan.

"He's tough, he's strong, he comes forward, he's awkward. He's coming to fight," Tszyu said. "That's all I know, that's all I want to know. I don't really care about anything else."

[IMG]http://i.imgur.com/gUFQiTa.gif[/IMG] George Kamboso is up against the odds with Teofimo Lopez, Andrew Moloney is in tough with Joshua Franco ; if Australia wants to guarantee a win in this mega-event, they need Tim Tszyu.

I think Austin Trout would be a good scalp to have on his resume. He brings bags of experience but Tim should win as Austin is past his best, this would give him a good test at this stage of…

I hope they don't pick another washed up welter for Timmy to look flashy against... Time to fight some one that hits back and is capable of hitting Timmy... Maybe Timmy is to good or he's not fighting world class…