After a rollercoaster ride of a career, he finally found himself in a world title fight against Kenichi Ogawa on December 9, and after 12 rounds, it was expected that he would be going home to Philadelphia with a championship belt in his carry-on bag.

Instead, two of the three judges scored the bout for Ogawa, a verdict quickly deemed one of the worst decisions of 2017. There would be no 130-pound title for Farmer on that night in Las Vegas, but he didn’t fade into the background. He fought back.

“This time last year, I was calling the IBF and I had everybody calling the IBF, protesting about my robbery,” said Farmer, who claims he never accepted the idea that the Boxing Gods were conspiring against him.

“I knew they were trying to do that, but my mindset wouldn’t let it,” he said. “I’m never really not positive. I’ve got faith in everything.”

That faith was rewarded soon enough. The loss was overturned to a no contest when Ogawa failed his post-fight drug test, vacating the title once more. In August, Farmer got another crack at the belt against Billy Dib, and this time the judges got it right. Farmer had his world championship, one he’s successfully defended once against James Tennyson in October.

This Saturday, he’ll put the belt on the line for a second time against Francisco Fonseca on the Alvarez-Fielding card in Madison Square Garden, and yeah, it’s good to be Tevin Farmer these days.

“It definitely feels good, but it’s just beginning,” he said. “I’m starting to enjoy it even more.” 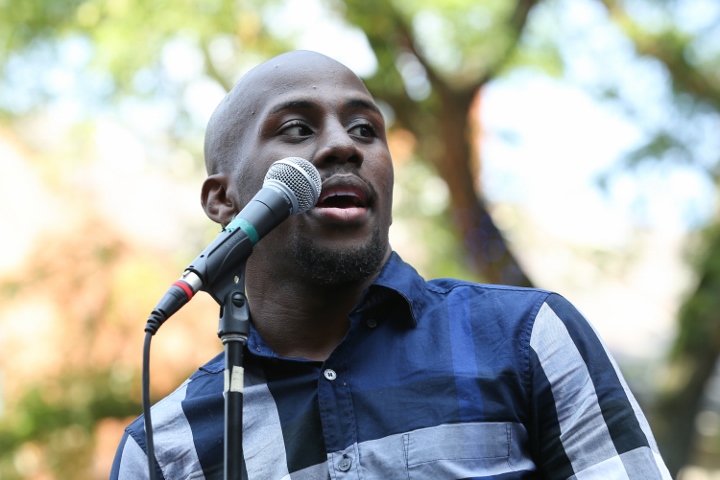 It’s an understandable emotion to have. The opportunities are better, the paychecks are bigger, and that belt around his waist is a constant reminder that all the hard work was worth it. But this is still the hardest game. Just getting through a training camp and to the ring is a grueling battle in itself, and having a hungry challenger aiming bombs at your head can’t really be enjoyable. That’s got to be hard.

So despite having the title, Farmer isn’t simply getting his cardio ready for 12 rounds and stepping into the ring knowing that he can fight. He wants to continually raise the bar, something he owes to his late start in the sport and a desire to be great.

“You’ve got to remember, I started boxing at 19 years old, so I’m not even a hundred percent there yet,” he said. “And everything I ever did in life, if I wasn’t gonna be great at it, I didn’t want to do it. I’m really competitive with myself and I just want to be the best I can be and I always want to outdo myself.”

So from that first day in the gym, he knew?

“I always could fight, but boxing is a different technique, so I had to learn that,” he chuckles. “But I learned quicker than the average person would learn it. It was a year or two later where I realized how good I really was and I started taking it that much more serious.”

Farmer hasn’t stopped taking his craft seriously, and that’s evident on fight night. He’s still young at 28, but he wasn’t blessed with the power some of his peers possess. So he has to pay attention to the technical aspects of the sport, something lost on some of the young guns of the sport. They rely on athleticism, youth and power to make it through their fights and eventually that will fade. Guys like Farmer? His smarts and technique will likely take him as far as he wants to go. And he knows it.

“I’m an old school fighter, and when I get in the ring, you see things that you won’t see from an average fighter,” he said. “I make things look easy and I work off my brain. Most fighters get in there and just fight.”

Farmer goes in there to put on a show, to give fans something they may not have seen before, or at least not in a long time. This Saturday, he does it on the biggest stage in the sport. And while Philly’s home, he does admit that fighting in “The Mecca” is pretty special.

“It’s one of the biggest and most popular arenas ever,” he said. “It means a lot to me, especially with where I’m coming from. To be fighting in the Garden on a big card, that’s amazing.”

It’s been an amazing year. And unlike this time last year, Farmer’s outlook for 2019 is a lot brighter than it was for 2018.

“Oh man,” Farmer said. “It’s gonna be even better than 2018. I’m just getting started. I’ve got some great people behind me – Lou DiBella, Eddie Hearn, DAZN – and I’m looking to shock the world and make statements and I want to blow up. I want to be a superstar.”

How does he see left hooks?

I know he got those messed up eyes but damn boxingscene ya'll could of used a better pic then this lol He looking North, West and South all at the same damn time [IMG]https://photo.boxingscene.com/uploads/tevin-farmer%20(1).jpg[/IMG]

Fonseca, Carroll and Frenois all up next. I like his activity at least.

[QUOTE=lolpz;19348582]Davis fought Fonseca, everyone said "He fought a bum." Farmer is fighting him, everyone says "I really like this guy." I just don't get it.[/QUOTE] Farmer was stopped by Pedraza. That's all we need to know about how a Farmer/Tank…

That ugly name is never mentioned at 130 BERCHELT. ... Who will take that challenge?