As previously reported on BoxingScene.com, Eddie Hearn says there are no plans to consider moving the Andy Ruiz Jr-Anthony Joshua rematch away from Saudi Arabia, despite escalating tensions in the Middle East and attacks on Saudi oil installations.

Ruiz and Joshua are due to clash for a second time for the WBA, WBO, IBO and IBF heavyweight titles on December 7 in Diriyah, just outside the Saudi capital Riyadh.

But last week air-raid sirens were being tested in Riyadh dues to fears of an escalation in tensions with Iran, which has been blamed for drone attacks on oil fields at Abqaiq and Khurais, the latter of which is only about 100 miles from Riyadh. 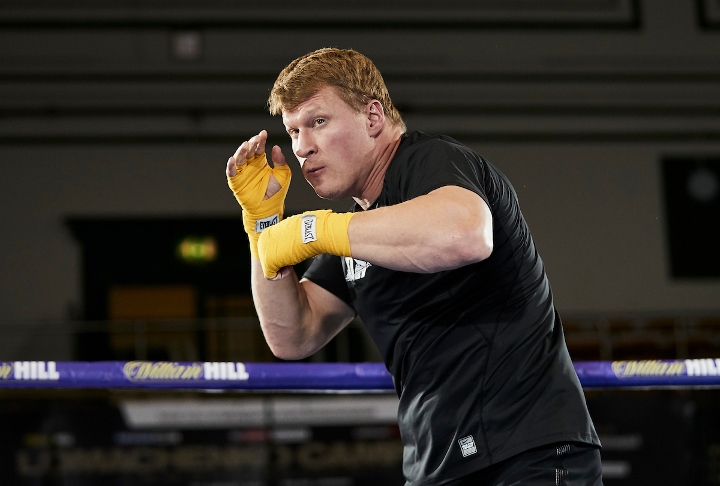 Hearn said they had been assured that there was no risk to the boxing promotion.

“We did contact them and ask if everything’s OK, and they said it was,” Hearn said. “As far as we’re concerned it’s all systems go. [The attacks are] a long way from Diriyah.

“The advice is to travel with caution, it’s the same category as Mexico, so there’s no advice not to travel.

“We can change the venue if something major happens. We had Errol Spence v Kell Brook four days after the Manchester bombing and it looked like we’d have to cancel. We had to spend significant money on policing and anti-terror squads. It could be done but it’s not even part of the mindset.

“It doesn’t affect the dynamics of the event, as long as everyone’s safe and happy. Unless someone came out of the government and said it’s not safe. But Frank Smith was on a site visits last week with the international broadcasters and everyone was happy.

“The one thing is understanding the culture and what’s allowed, like can we have female presenters? Everyone has questions but once everyone goes and has the meetings they’re very comforted. It’s always going to have its criticisms but the meetings are 20 times more advanced than in London or New York so you leave happy.”

Hearn is putting finishing touches to the undercard, with a heavyweight clash between Alexander Povetkin, the former WBA champion from Russia, and American Michael Hunter set to be the chief support. Hunter made it clear that Povetkin was a fight he wanted after beating another Russian, Sergey Kuzmin, in New York earlier this month.

Hearn says that he is also close to agreeing a fight between former world champions Liam Smith and Jessie Vargas on the bill, along with a match between Scott Quigg and Jono Carroll, who lost to Tevin Farmer for the WBA super-featherweight title in March. Filip Hrgovic, the unbeaten Croatian heavyweight, will also be on the bill plus one more fight. He denied that the other fights would involve women.

“They mentioned it to me but it has not gone any further,” Hearn said.

“Now the biggest challenge is the ticketing. If you buy a ticket you get an automatic 30-day visa. Tickets are going to be released in early October.”

Great card if all the fights get made.

Why go through all that? Alot of fighters I'd like to see. Smith vs Vargas should headline somewhere can go see. How do you pernounce the city it's in? Nevermind.. Oh and why would Quigg take on Carroll? That would…

Damn that would be a very nice card.

[QUOTE=Skinny kinny;20081755]Joshua must more than anything else learn to hug hold and clinch. This is the most important skill he must acquire. He might fight on the “back foot” better but he will never be fast enough to truly run…

If Hunter beats Povetkin (big IF) then he'll be ready for a title bout, imo