Rolls: I Don't Think Gennadiy Golovkin Is Slowing Down At All

Based on Golovkin’s most recent performance and training footage Rolls has watched, Rolls views Golovkin as very similar to the elite middleweight he has been since bursting upon the American boxing scene nearly seven years ago. Thus the unproven Rolls, who’s just two years younger than the 37-year-old Golovkin, doesn’t consider age an advantage for him entering their 12-round super middleweight match Saturday night at Madison Square Garden (DAZN).

“I don’t think that at all, because his last fight with Canelo was razor-thin,” Rolls told a group of reporters Wednesday before a press conference at The Garden. “I mean, those guys have been two of the top guys at the middleweight division for some time now. So, for him to have a close fight with Canelo like that, I don’t think he’s slowing down. At least that’s just not my mentality. I trained [for] this fight to prepare for the best Gennadiy Golovkin, and that’s what I’m expecting on June 8th.” 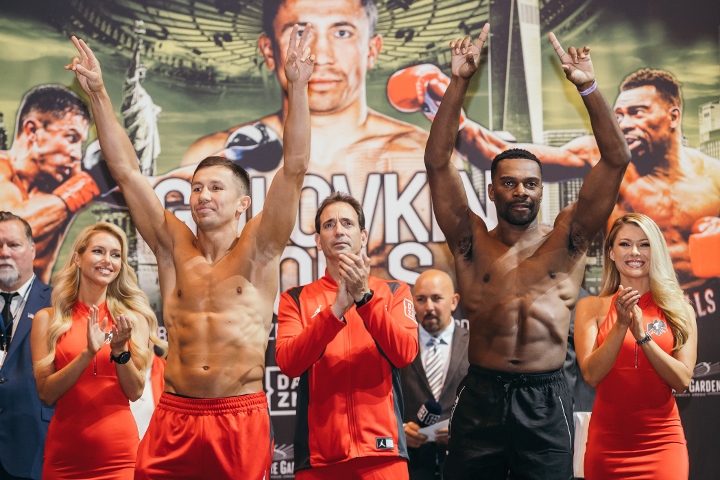 Kazakhstan’s Golovkin (38-1-1 34 KOs) suffered a majority-decision loss to Canelo Alvarez (52-1-2, 35 KOs) in their middleweight championship rematch September 15 at T-Mobile Arena in Las Vegas. Their second meeting was closer than their first fight, which resulted in a dubious draw a year earlier, but Mexico’s Alvarez fought more aggressively and fared better against Golovkin in their rematch.

Golovkin hasn’t fought in the eight-plus months since Alvarez beat him. Lou DiBella, Rolls’ promoter, expects his fighter to encounter the same vicious version of Golovkin he is accustomed to watching.

“Is Gennadiy the same guy he was five years ago, six years ago?,” DiBella said. “I don’t think so. But when you’re at that height, that pinnacle, so what? So, if he’s 10 percent off his best, he’s still one of the best, if not the best. I mean, he’s up there in the [upper] echelons of boxing to this day. So, you know, it’s not an issue of him getting in there with some diminished athlete.”

Odds-makers obviously think Golovkin remains a fearsome middleweight. Most of them have established the former IBF/IBO/WBA/WBO 160-pound champion as a 50-1 favorite over Toronto’s Rolls (19-0, 10 KOs).

Rolls is 35 years old. He has zero chance of beating 37 year old GGG. This is not a young buck with a chance to upset the champ (or former champ for GGG). This is a "tune up" fight. Thats…