So what is the current status of the proposed bout between IBF welterweight titlist Errol Spence and unified lightweight champion,Mikey Garcia?

Robert Garcia, who is Mikey's older brother and co-trainer, told BoxingScene.com - "As of right now Mikey's still looking forward to that fight and looking into that fight. To my understanding, it may not happen this year so that's probably something that will benefit us in training for that fight.

"It gives us a little more time, maybe one fight before that, maybe two fights before that. That's probably the ideal thing. As of right now we don't know exactly what's going to happen next year for Mikey. We know what he was pushing for that Errol Spence fight but I don't think it'll happen this year so that kind of works in our favor." 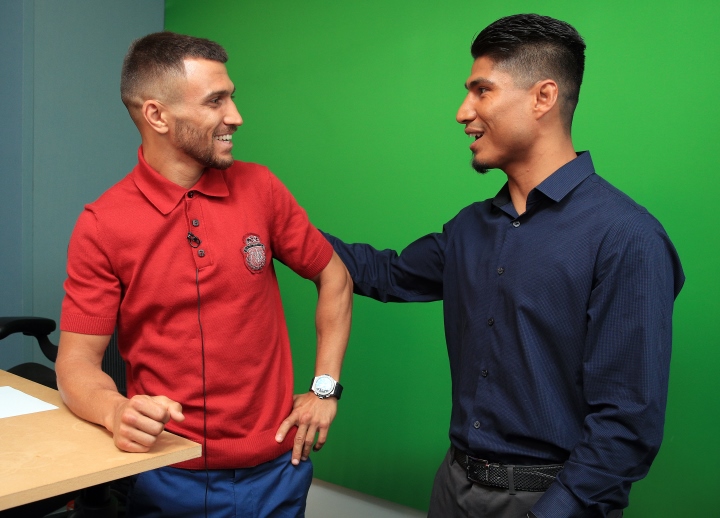 Back on July 28th, Garcia out-pointed Robert Easter to add the IBF belt to go along with his WBC 135-pound title to his collection. The other marquee lightweight is WBA belt-holder, Vasyl Lomachenko, who is scheduled to face WBO titilst Jose Pedraza in December.

This is the fight Garcia prefers for his younger brother.

"Oh definitely, I've always said that would be my first choice, Lomachenko," said Garcia on Thursday during a media gathering for next week's bout between Jose Ramirez and Antonio  Orozco.

"Plus, it's a huge fight. People in boxing ad people that don't know much about boxing still would be excited about the fight because everybody knows who Mikey is and everybody obviously knows who Lomachenko is because of all that he does in the ring. Everybody is talking about him. It would probably be the biggest fight for Mikey."

[QUOTE=Shadoww702;19080762]Let's bet on the fight?[/QUOTE] You already know my pick. Canelo by decision. Now stop talking to me. I don’t care about you or what you have to say unless your willing to accept my bet against your claim.

[QUOTE=chrisJS;19080713]Ok so you backed out on what you claimed as you’ve done before. Cool. I don’t even know what the hell you are talking about your passport. That part makes no sense. Back to the ignore list old man.[/QUOTE] Let's…

[QUOTE=RGJTMMRDCMJRJSM;19080039]I wouldn't have a problem with any of these fights. Except that Mikey called out everybody and none of them happened.[/QUOTE] I notice that the same people who always say about another fighter, “he said anyone from 147-168”, Never say…

[QUOTE=Shadoww702;19080700]I bet your a SNITCH? Fuk for $10K where you want me to stamp my passport?? I just meant never knew such a pos from LA. Thought it was never fkn possible until you proved it.[/QUOTE] Ok so you backed…