Rene Giron Signs With Espinoza Boxing, Will Compete At 130

Fresh off of the most scintillating win of his fifteen fight career, Rene Giron has inked a deal with Espinoza Boxing, manager Frank Espinoza told BoxingScene.com.

The 21-year-old Giron (14-1, 8 KOs) dropped and stopped highly touted 2016 U.S. Olympian Karlos Balderas in December with a sixth round knockout during his last bout. 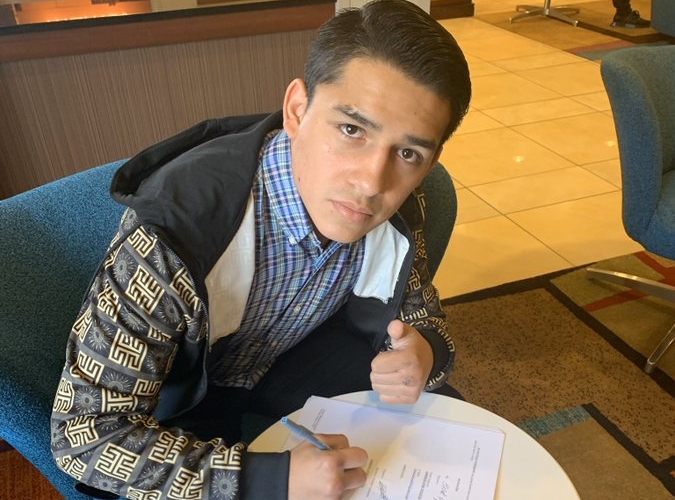 Giron, a promotional free agent, will continue campaigning at 130 pounds even though he beat Balderas at 140.

“I’m excited to continue the next stage of my career,” Giron told BoxinScene.com. “Frank is a well respected manager who’s guided the careers of several world champions, and I look forward to being the next star of his stable.”

Espinoza said that the junior lightweight division is more suitable for his newly signed fighter because of Giron’s size. Espinoza is planning to get Giron back in the ring in the next 60 days.

In addition to Giron, Espinoza is guiding the careers of Oscar Valdez, Jessie Magdaleno, Antonio Orozco and Joet Gonzalez.

Giron, from Mexico, has primarily fought in his home country before moving to the United States, where he’s fought for the last two times.

The only loss of Giron’s pro career came to the hands of Michel Rivera in 2019 on ShoBox.

Great news for Giron. That kid did some good work to the body on Balderas. As much as I liked Balderas, he was getting too arrogant