Local middleweight Raphael Igbokwe (14-2, 6 KOs) takes on Genc Pllana (8-2, 4 KOs) of Kosovo in the main event at the Arabia Shrine Temple in Houston on Nov. 28. Staged by Force Trains Promotions and streamed live via PPV at www.nexrfightup.com, the card will be the first to have a live audience since the Covid-19 pandemic.

The bout, a rematch, was originally scheduled for July 21 on the undercard of Oscar Valdez vs. Jayson Velez at the MGM in Las Vegas but was abruptly scratched after Igbokwe tested positive for Covid-19. As it turned out, the test result was a false positive. 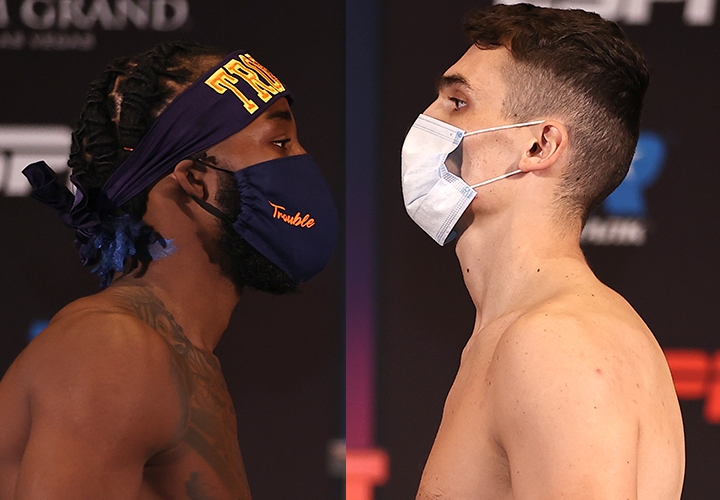 To say it was a letdown would be an understatement; all that training and hard work Igbokwe put in for the fight came to naught because of a mistake. But a silver lining to the July 21 debacle soon presented itself when the bout was rescheduled for Nov. 28 in Igbokwe's hometown. Moreover, he would now be fighting in the main event instead of the undercard and in front of a live audience instead of a crowdless arena at the MGM.

"I didn't expect that at all," Igbokwe said. "My parents are here and we have a little crowd. We won't have the same amount of crowd that I usually have when I fight here in Houston but anything is better than nothing."

Igbokwe, 28, defeated Pllana, 26, last August, coincidentally at the same venue as the rematch. It was a majority points decision that Pllana disputes.

While the pandemic presented an infuriating speedbump for Igbokwe, it has provided featherweight Pablo Cruz an opportunity to fine tune and retool. A perennial fixture on the local fight scene, Cruz (19-2, 6 KOs) will be taking on Diuhl Olguin (14-14, 4 KOs) at the Temple. Cruz, 33, last fought in March and had a number of subsequent fights cancelled due to the pandemic. After tonight's bout, he is scheduled to fight again in Mexico on December 9.

"I'm in the gym more and trying new things," Cruz said. "Honestly, now my body looks different than before. I feel it's a little more toned up and has a little bit more cut. I've been concentrating on building a little bit more muscle. It's actually made me a little better."

"I'm working on my power more," Cruz added. "I haven't had a knockout in three years so I'm itching for a knockout."

The fact that two of Cruz's stablemates at the Main Boxing Gym, both contenders, were returning to action around the same time as Cruz meant that he had great sparring leading up to this fight; O'Shaquie Foster (18-2, 11 KOs) stopped Miguel Roman on Nov. 19 and Miguel Flores (24-3, 12 KOs) is scheduled to face Isaac Avelar (16-2, 10 KOs) Dec. 5 on the Spence-Garcia undercard. A sporadic switch hitter, Cruz turned southpaw in sparring with Flores to help Flores prepare for the lefthanded Avelar.

A personal trainer, Cruz is one of those boxers who genuinely enjoys his craft and has no delusions about grandiosity or glamor. Should a title fight or big-name aopponet come his way, he said he'd gladly take the fight, but if not, he will still look back on his career with no regrets.

"Honestly, man, I probably have a year or two more years in boxing," Cruz said. "I'm going to try and enjoy whatever fights I get. At the end of the day, I'm happy. Whatever I've got left, I'm gonna do my best."