Growing his televised audience remains a work in progress.

The unbeaten super lightweight barely escaped with his title and perfect record intact following his latest bout, scoring a 12-round majority decision win over Jose Zepeda. The thriller topped a rare Sunday evening edition of Top Rank Boxing on ESPN, with the overall telecast averaging 655,000 viewers live from the Save Mart Center in Fresno, California. 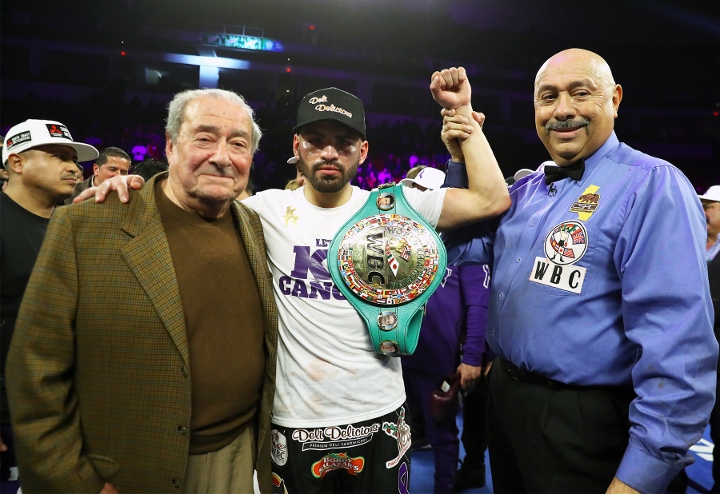 Exact figures and peak viewership for each fight weren’t made immediately available as this story goes to publish.

Ramirez (24-0, 16KOs) was making the second defense of his portion of the 140-pound crown, with the entirety of his title reign—as well as a win to put him in contention—having aired live on ESPN. Ratings for Sunday’s telecast dropped off barely 1% from his previous outing, when he outslugged a determined Antonio Orozco over 12 rounds last September.

An average of 662,000 viewers tuned in for that telecast, maintaining the bulk of the 790,000 average viewers who watched preceding college football coverage. Ramirez’s most recent performance lacked any significant lead-ins, in fact growing more than 60% from a preceding edition of ESPN’s Sportscenter (397,000 viewers) which itself trailed sparsely watched day-long network coverage of college basketball.

The best performing ESPN telecast for Ramirez—a member of the 2012 U.S. Olympic team—came in his network debut in Nov. ’17. A 2nd round knockout of Mike Reed in their regional title fight was part of a Top Rank Boxing on ESPN telecast which averaged 1.487 million viewers. The show enjoyed a tremendously strong lead-in, with college football powerhouse Alabama defeating Mississippi State in a game watched more than 7 million viewers.

Ramirez’s title-winning effort over Amir Imam last St. Patrick’s Day in New York City remains the least-watched of his four ESPN appearances. An average of just 488,000 viewers tuned in for the Saturday night telecast which was lost in the shuffle of college basketball’s NCAA March Madness second-round action.

While boxing fans will have to get used to the occasional Sunday night telecast on ESPN, Ramirez continues to pack ‘em in at home. An announced crowd of 14,034 was on hand for the title fight, similar to the sizeable faction drawn in for his aforementioned wins over Orozco and Reed.

Ramirez continues to serve as a consistently strong gate attraction in the Central California region, his popularity evident even in his days as a rising prospect when his events would draw upwards of 10,000 in attendance. His past bouts have been dedicated to improved water rights in the drought-riddled region, long serving as a vocal advocate for the California Latino Water Coalition.

Sunday’s show continued to show Ramirez’s charitable side, as the event carried a “KO Cancer” theme. The boxer and his team spent fight week visiting cancer patients at Community Cancer Institute in Clovis, Calif., donating a portion of the gate to research efforts in curing the disease which claimed the lives of both of Ramirez’s parents.

Long one of boxing’s good guys, Ramirez’s efforts in and out of the ring haven’t gone unnoticed by his adoring regional fans. As he continues to make his mark in the super lightweight division, the televised audience will soon catch up as well.

All aforementioned ratings data was provided by Nielsen Media Research.

Sucks man, I got a new house and moved to a new city and don't want to go back to Dish or DirecTV, and only have streaming services including ESPN+ and I really wanted to watch this fight but it…

Considering he was head butted in the same eye 4 times he spent the last 8 rounds with blood in his eye difficult to see clearly and fight your best... And still the referee had to save his opponent in…

[QUOTE=A.K;19507645]I was watching but it was poorly promoted, ever since espn got ufc they have been under promoting the boxing.[/QUOTE] I don’t see a lot of advertisement for boxing on ESPN either. Only for their ESPN + fights. I see…

I was watching but it was poorly promoted, ever since espn got ufc they have been under promoting the boxing.