Details are still coming in on the next edition of the series, which carries on the long-standing tradition of Philly's historical club show circuit and has already been met with a groundswell of anticipation.

“Philly Special will showcase the type of fights that make Philadelphia a legendary fight town,” said Rosado.  “Fighters that would rather be carried out than quit, and fights that are more about left hooks, and less about managers' checkbooks. Real fans, real fighters, real fights.” 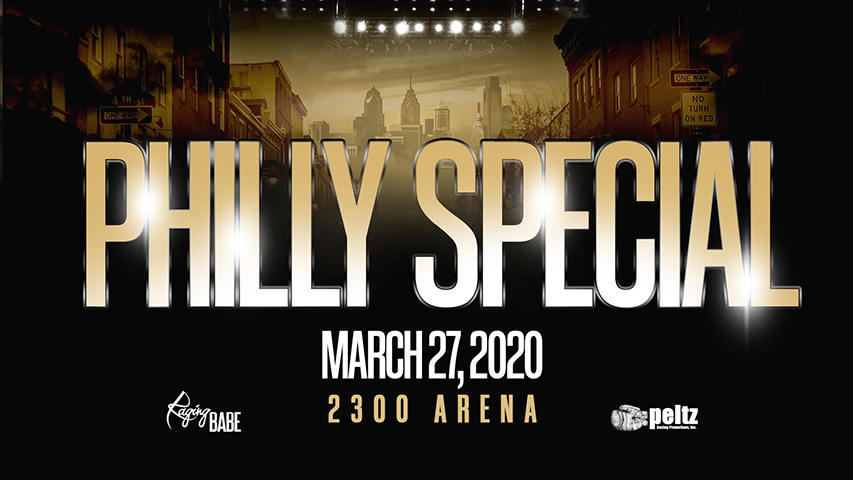 On the promotional front, the event is a continuation of the role reversal between Rosado and her longtime mentor, Hall of Fame matchmaker and promoter J Russell Peltz. Rosado has for years learned the trade will playing an integral role in Peltz Boxing-branded shows throughout the United States, while taking the lead as promoter along the way beginning with her first show in Phoenix in 2011. From there came vibrant shows staged throughout Arizona as well her 2017 run in North Carolina.

Naturally, the road led back home for Rosado.

It mattered enough for her show last October, a tribute to Peltz celebrating 50 years in the industry, much of which was spent serving as the promotional heart for Philly's rich boxing tradition. The show in his honor—aptly named 'Blood, Sweat and 50 Years'—was also held at 2300 Arena, with Rosado taking the lead and Peltz serving as matchmaker for the nine-fight card of four- and six-round bouts all featuring young, rising talent.

That same proud tradition will carry into the 'Philly Special' series

“Not every fighter is getting signed to a big promotional agreement out of the amateurs,” said Rosado.  “Not every fighter is going to have a manager throwing money at his career. These boxers deserve a platform and an opportunity to advance in boxing--fighters that work their day job during the day, and train at night…they all deserve a shot.

Full details for the show will be announced on February 5. Boxing fans can visit www.ragingbabe.com/phillyspecial to sign up for news and ticket announcements, and in the meantime are encouraged to check out the Philly Special promotional trailer.

Respect to RB. She keeps the hustle & work ethic moving. Also she's doing some Boxing Mom's doc series I guess to which sounds compelling & worth checking out.

I might slide threw if I can get off from work.