Raeese Aleem Blasts Out Ramiro Robles in One Round

"After my last two fights fell through, I really wanted to make a statement in this fight and I got the KO in the first round," said Aleem. "I'm hoping to get right back with after this momentous victory."

"Aleem looked fantastic last night scoring a first round knockout," said manager Greg Hannley of Prince Ranch Boxing. "He's certainly one of the top prospects in the super bantamweight division.  We'll be looking to get him right back in there."

"All the hard work in the gym paid off for Aleem." said trainer Bones Adams. "He looked sensational last night. We are ready to fight anyone in the division. Raeese is the real deal, he's going to be a world champion some day soon." 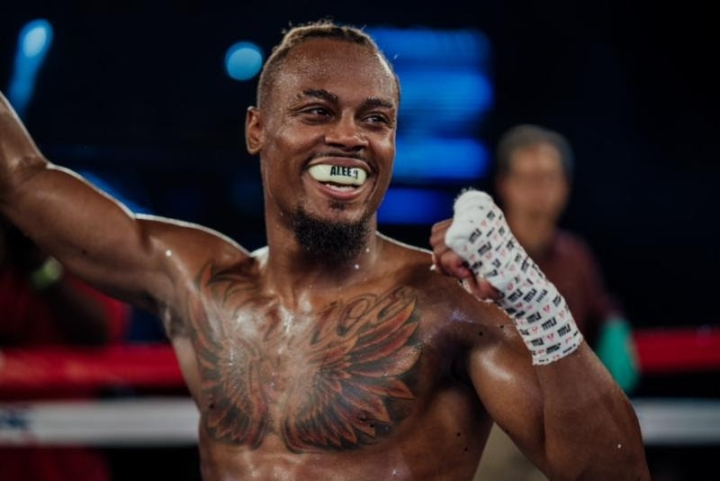 The card, which was the inaugural event that was streamed by Warfare Sports, was promoted by King's Promotions and Titans Boxing Promotions.

Henderson dropped Aikens with a jab in round two.  That opened up Aikens for an Henderson onsluaught, as the fighter nicknamed "Hot Sauce" put AIkens down two more times before the 2nd round could end.  Already on shaky legs, it was another jab that sent The Atlantic City native down for a fourth time.  Henderson wasted no time in disposing of Aikens, as he ended things with a hard right hand for the fifth and final knockdown at 2:14.

In the co-feature, Brandon Robinson survived a 1st round knockdown to comeback and take an eight-round split decision over DeVaun Lee in a super middleweight contest.

Lee landed an overhand right in the opening frame that clipped the chin of Robinson, and Robinson's knee grazed the canvas for a knockdown.  He shook that off, and both fighters took turns in dictating the action.  Both were able to land some good power shots, and the fight was tight they whole way while providing good action throughout.