Two men will fight, but only one showed up for the press conference. WBC/Lineal/Ring Magazine heavyweight champion Tyson "The Gypsy King" Fury made it a solo act Tuesday to promote his April 23 showdown against Dillian Whyte at London's Wembley Stadium connected by EE. Fury-Whyte will be broadcast live on Pay-Per-View in the U.S. (photos by Queensberry Promotions) 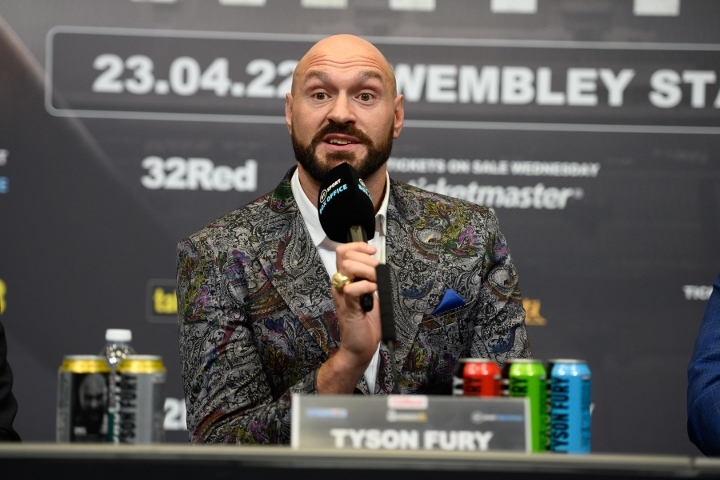 Fury (31-0-1, 22 KOs) has been the lineal champion since November 2015 and will fight on English soil for the first time since June 2018. Since then, he's fought Deontay Wilder three times, cemented his status as the world's best heavyweight, and has served as an inspiration for mental health sufferers around the world. Whyte (28-2, 19 KOs) is a consensus top-five heavyweight who knocked out Alexander Povetkin in a rematch last year to regain the WBC interim title. 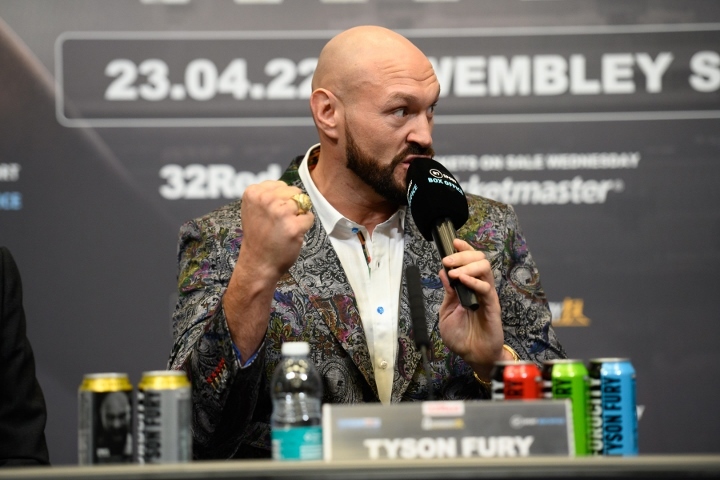 Fury-Whyte marks the third time in boxing history that a pair of Brits are fighting for the heavyweight title. Fury managed without his counterpart at the press conference, lobbing insults and promising a memorable evening in front of an expected crowd of nearly 100,000. 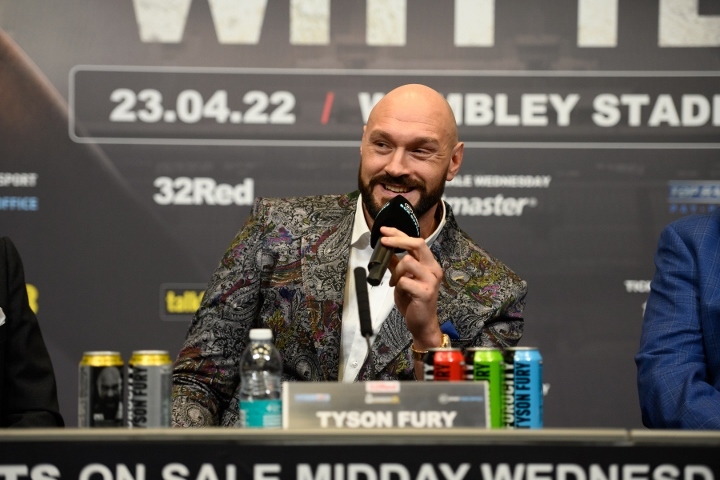 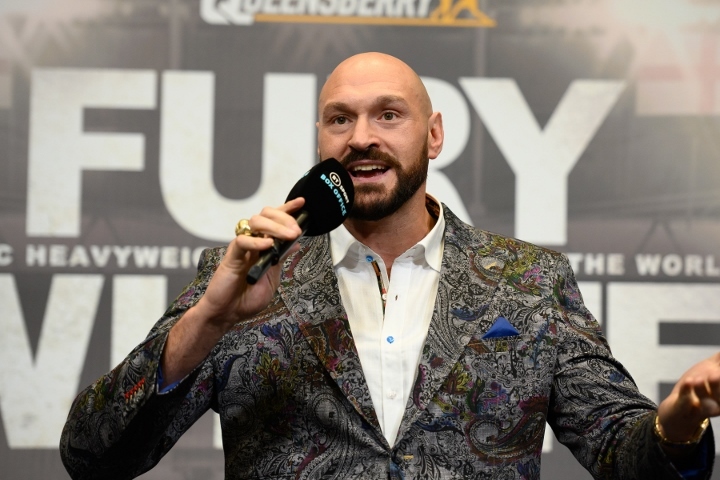 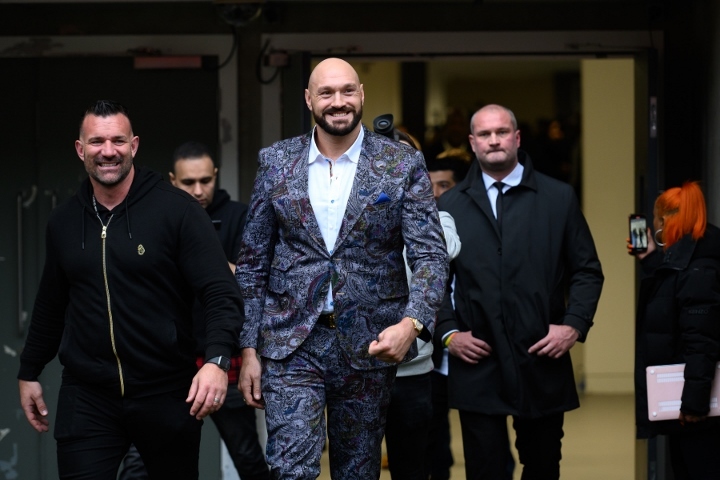 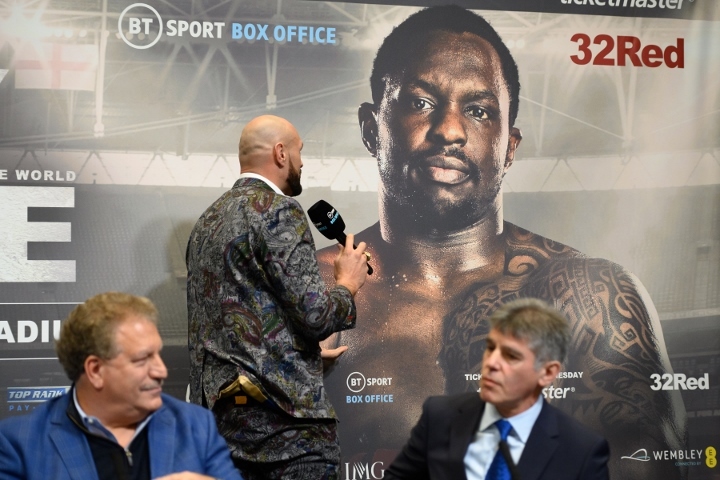 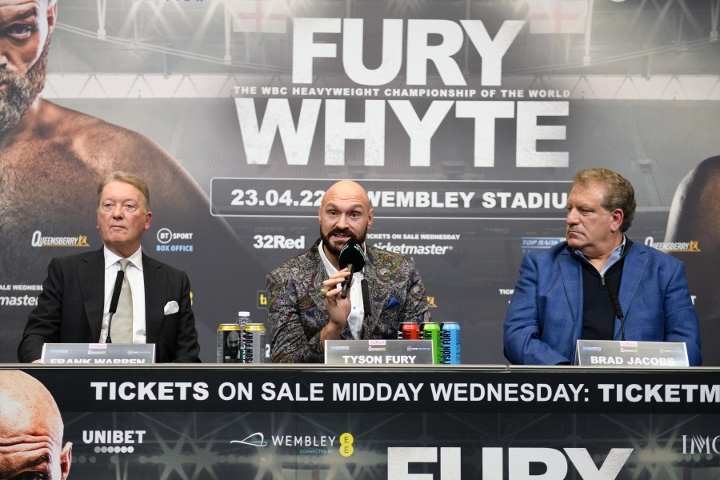 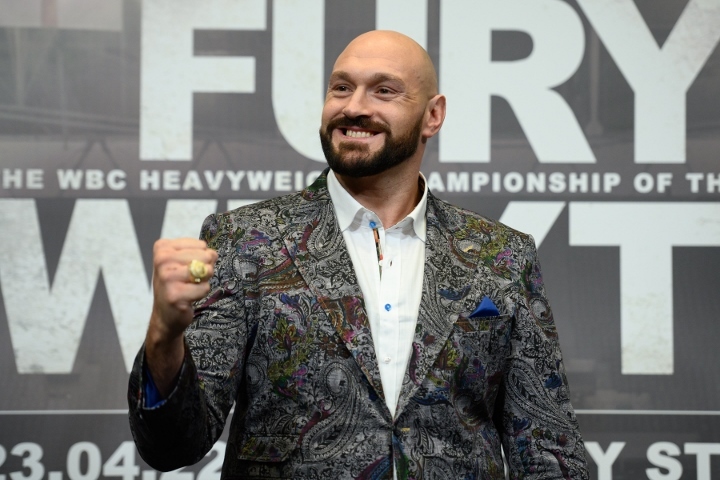 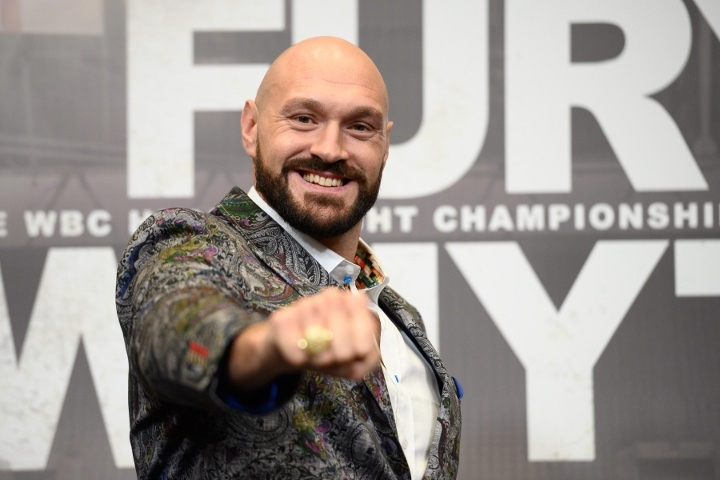 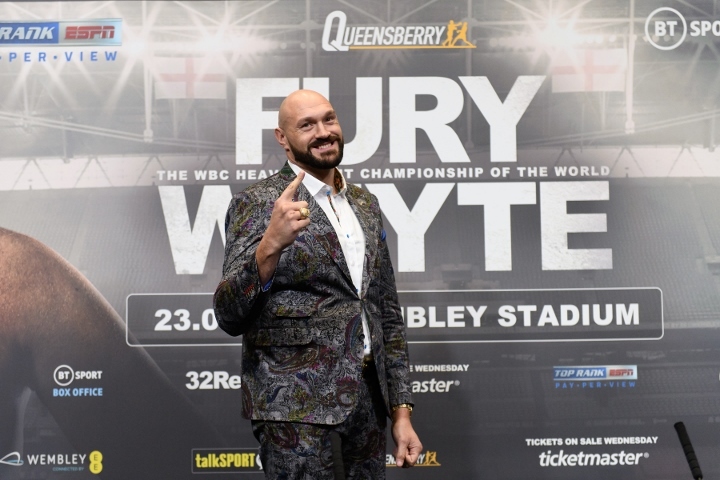 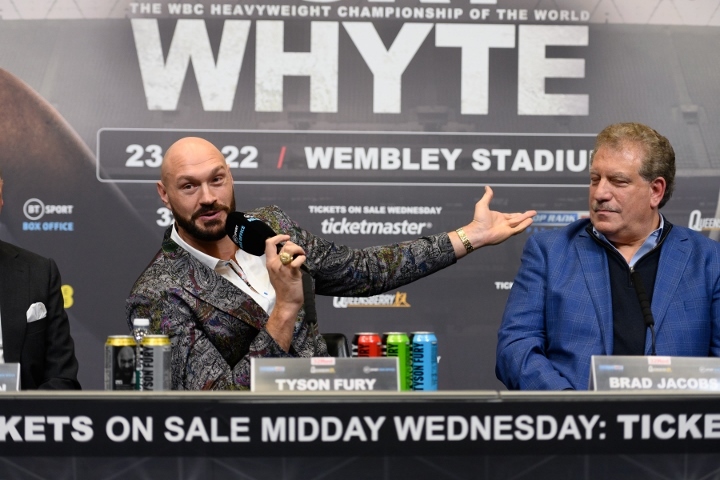 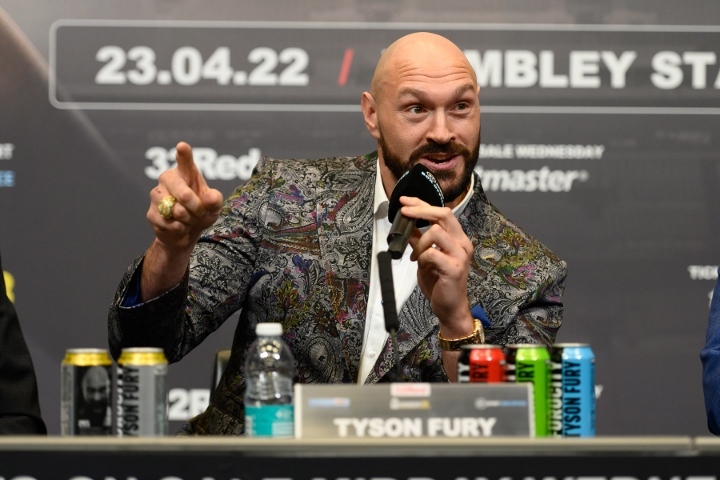 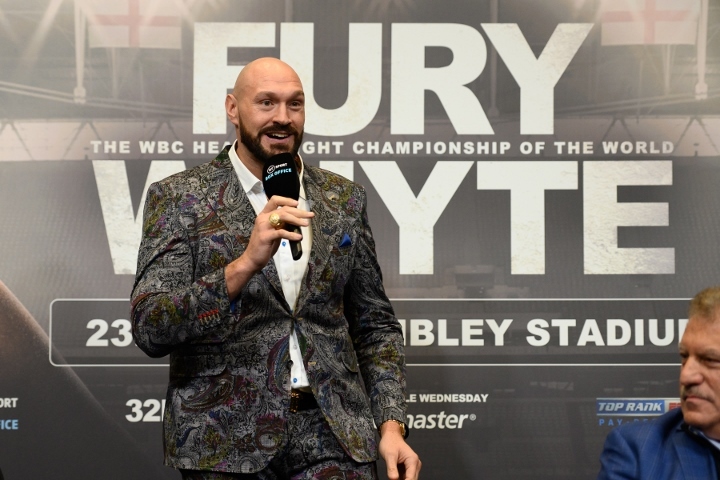 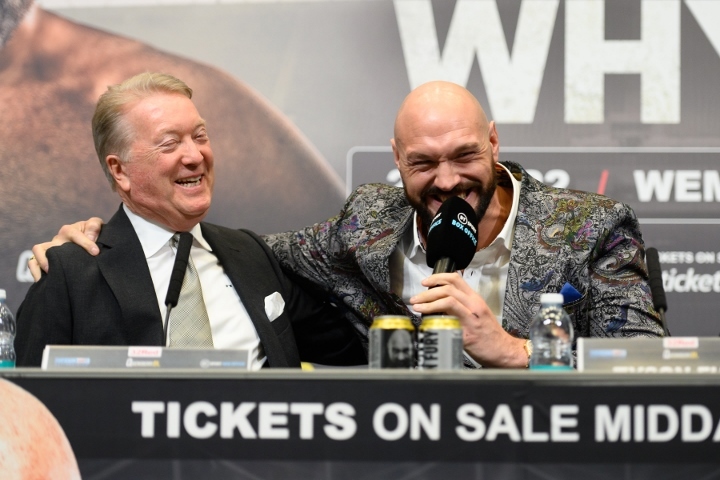 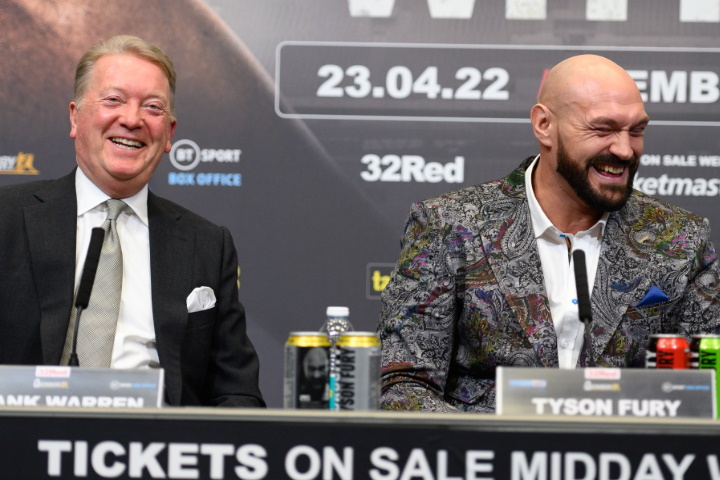 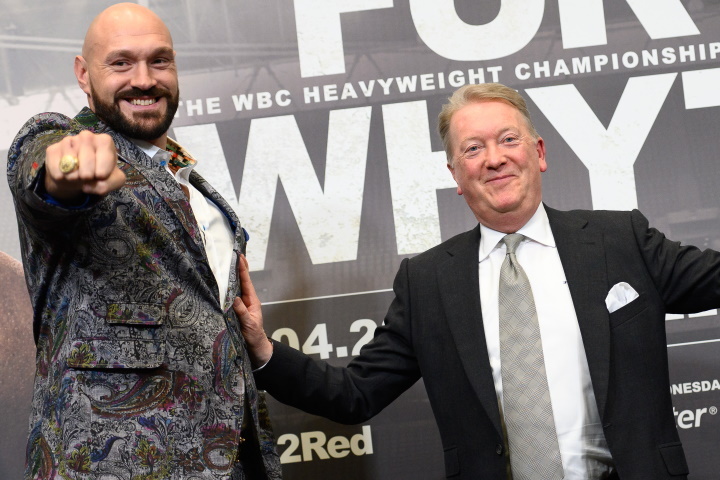 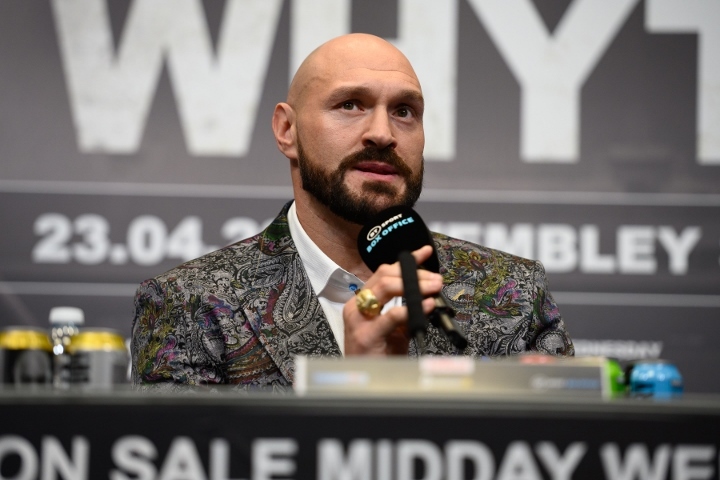 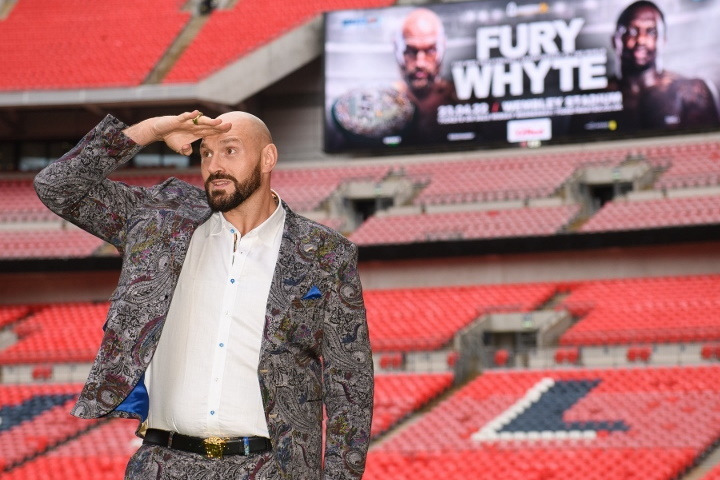 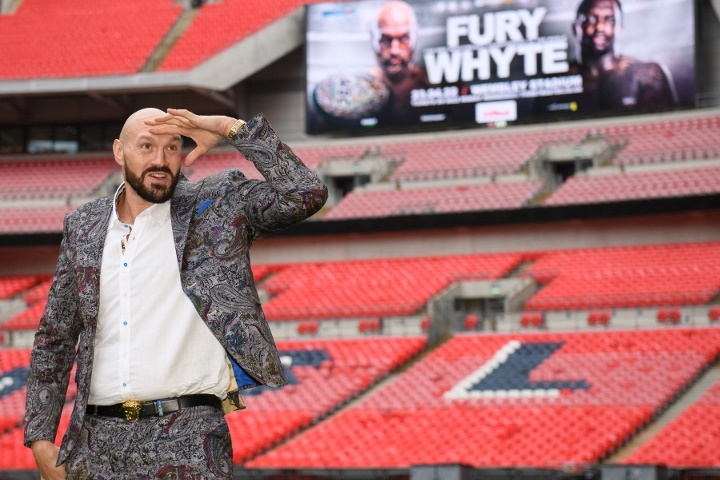 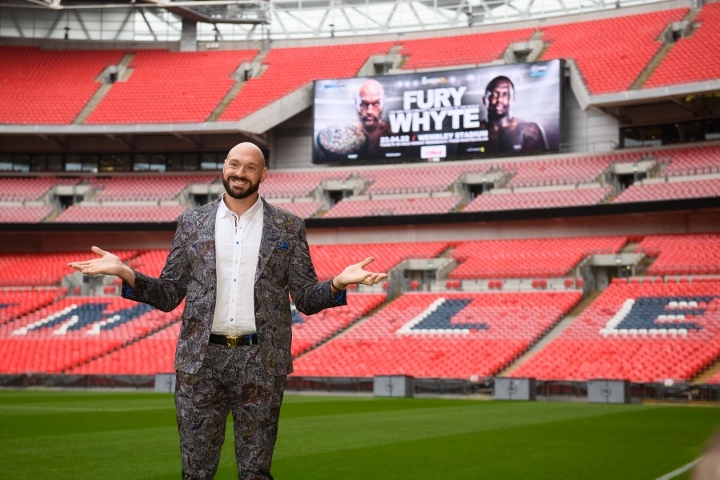 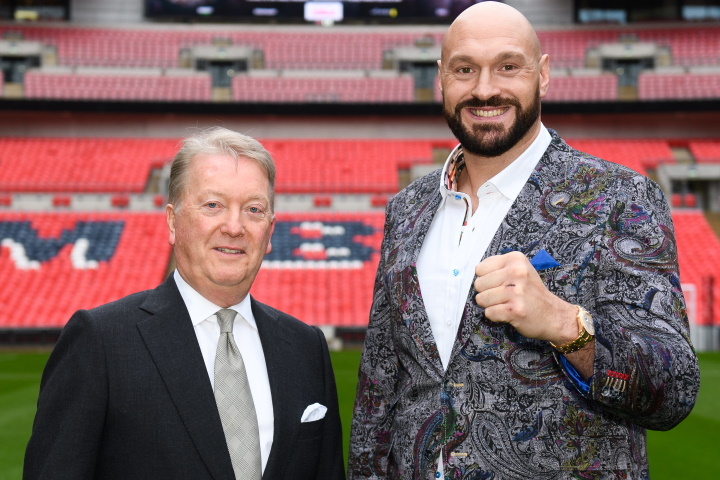 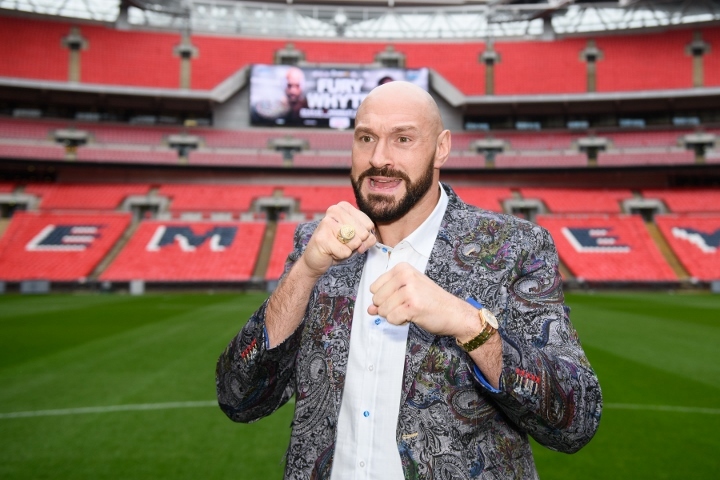