Harper was really pounding and connecting with big shots in the first round with Thanderz. The face of Thanderz was already marking up after one round. 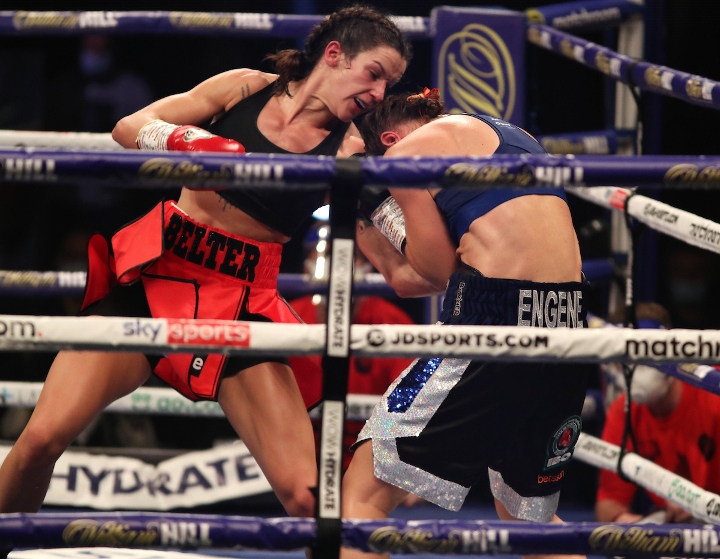 Thanderz was unable to turn the tide as the fight played out. She was getting outboxed in every round, as Harper's jab was ruling the ring and accurate shots were peppering Thanderz in every single round. 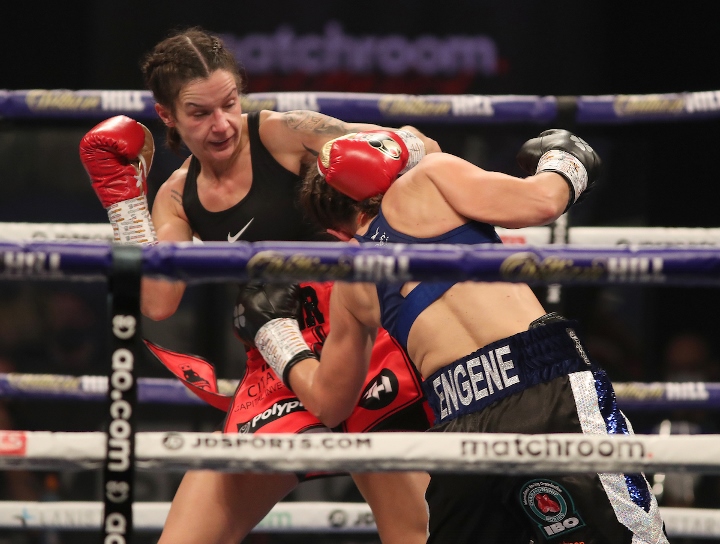 In the ninth, Thanderz appeared to be in serious trouble as Harper was busting her up with shots to the head and body. Eventually the referee jumped in as Harper continued to damage Thanderz with punches. 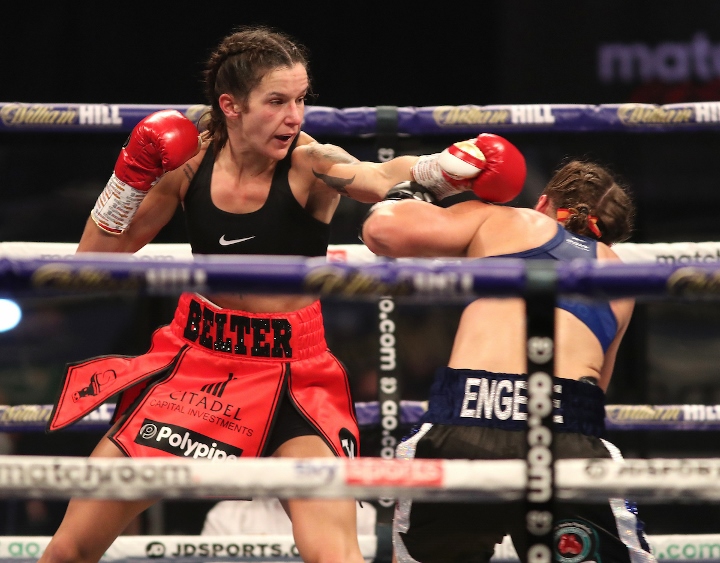 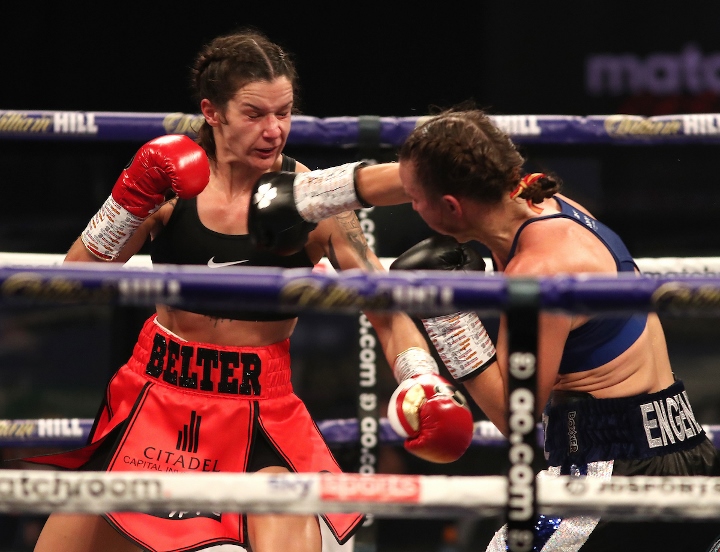 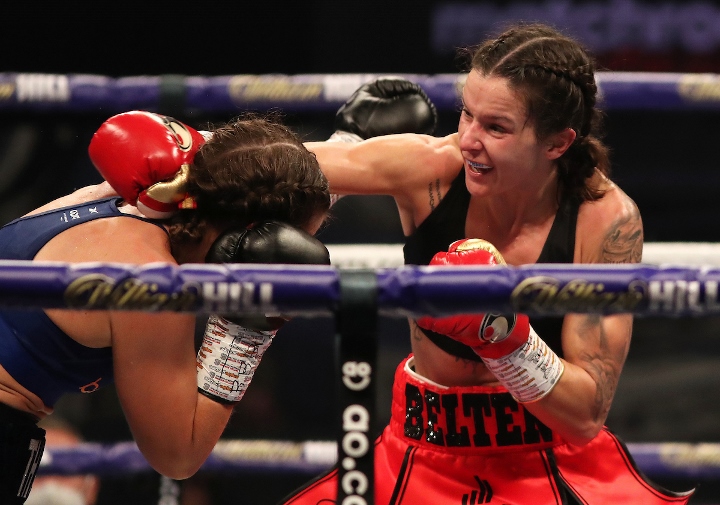 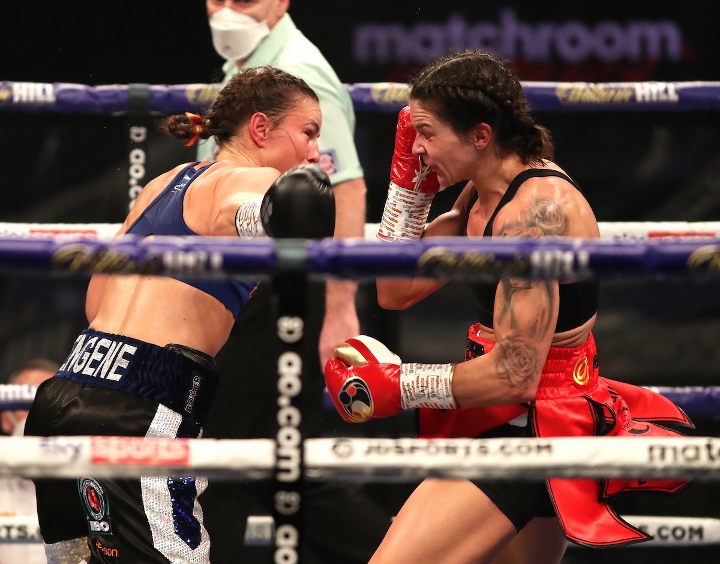 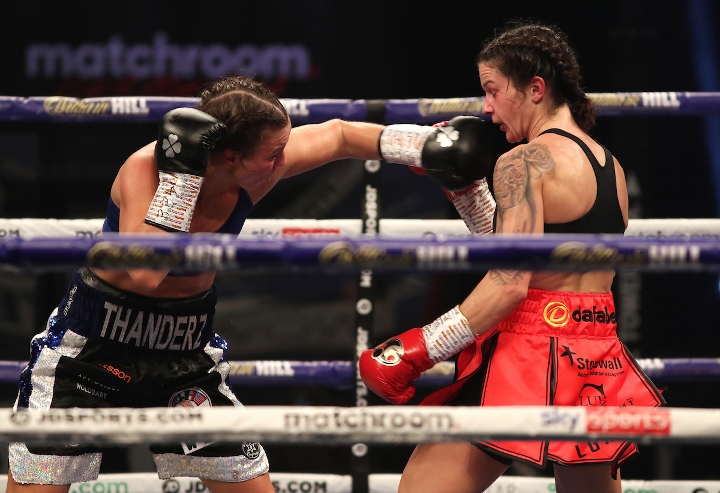 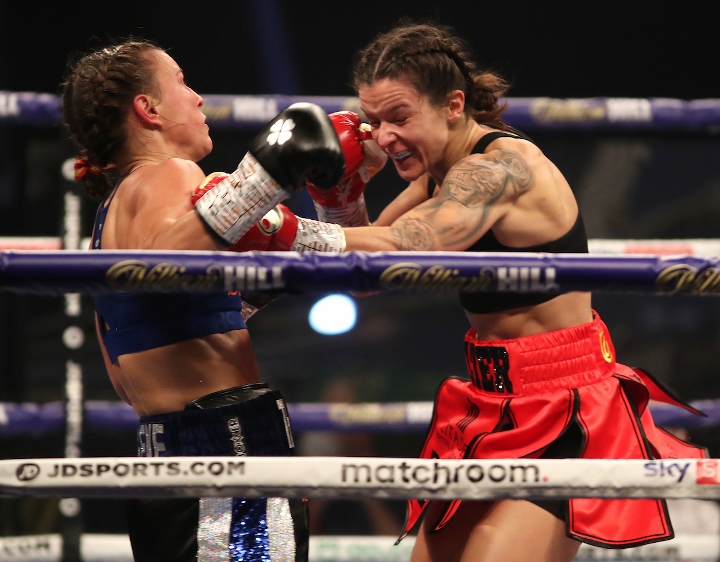 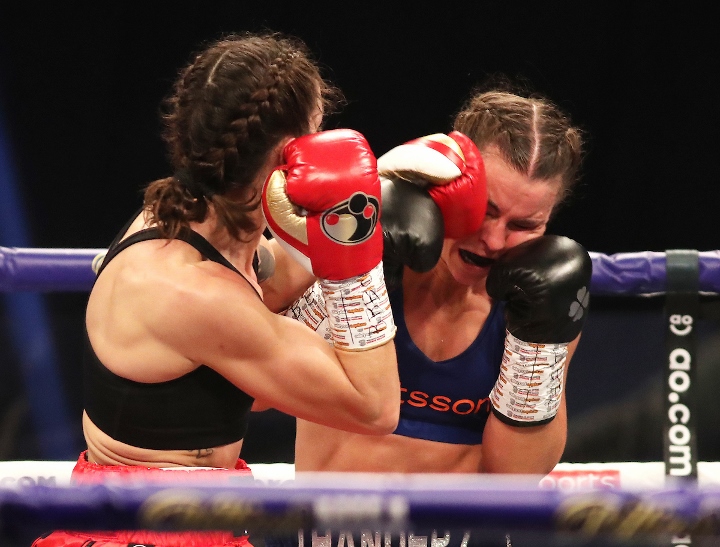 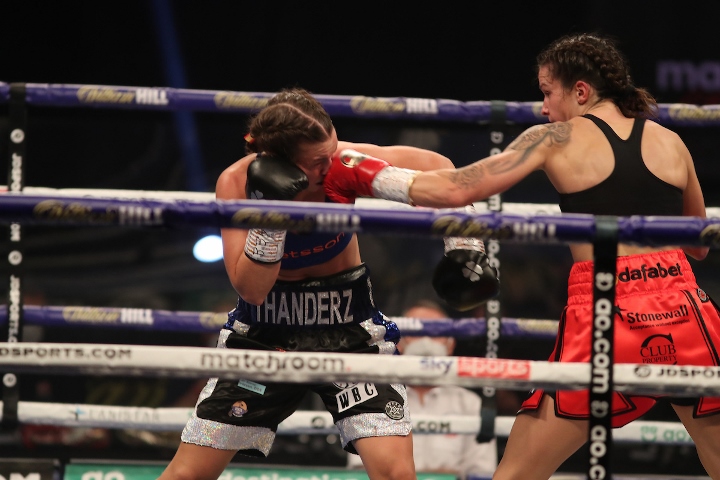 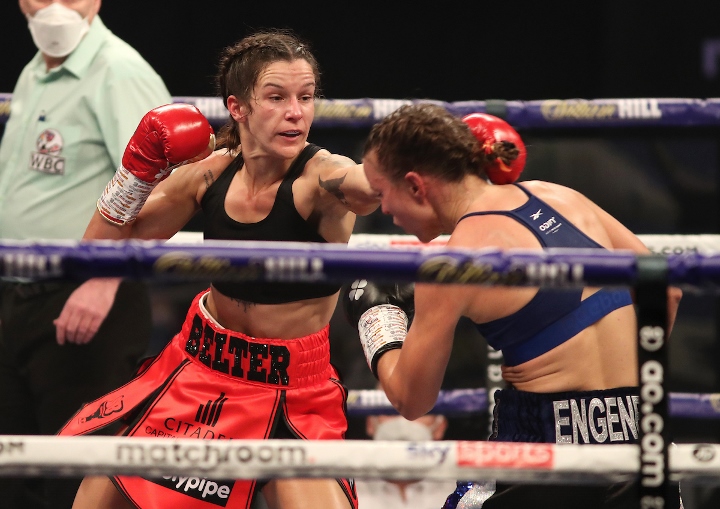 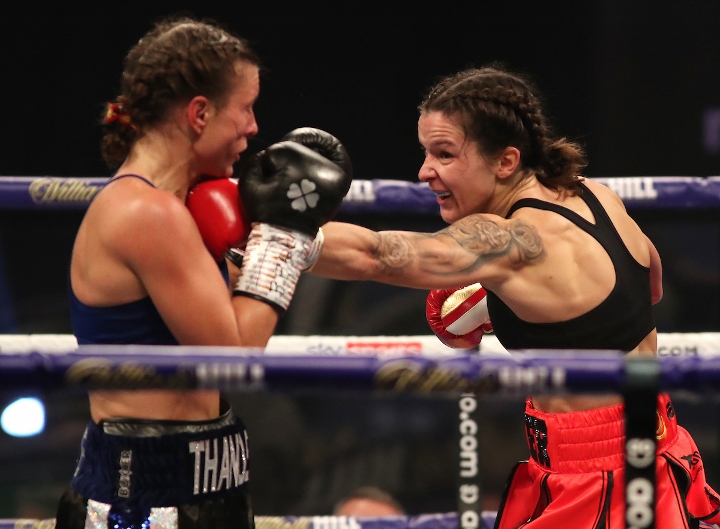 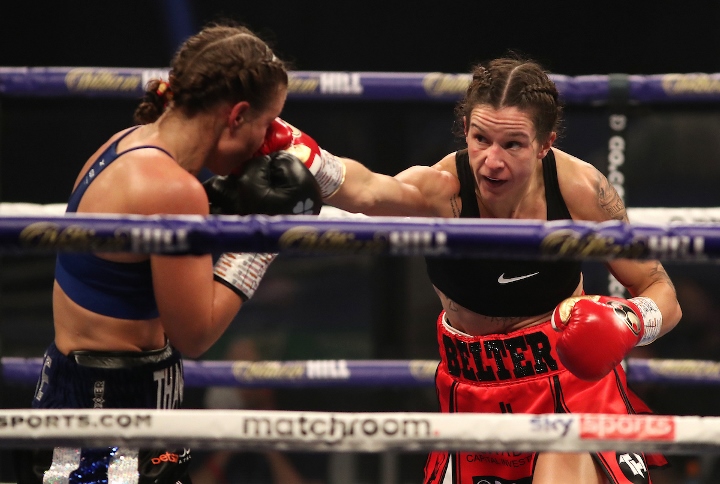 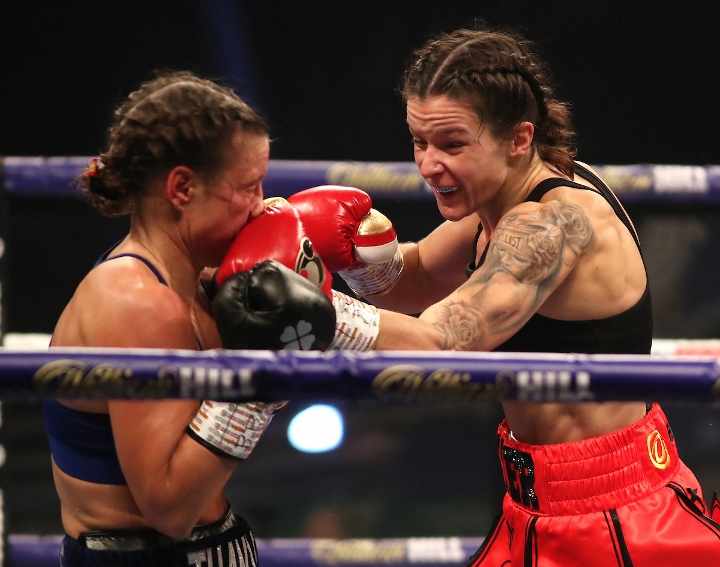 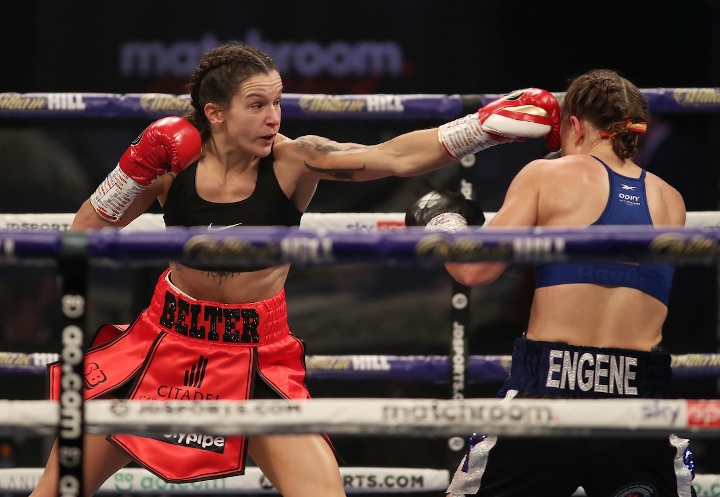 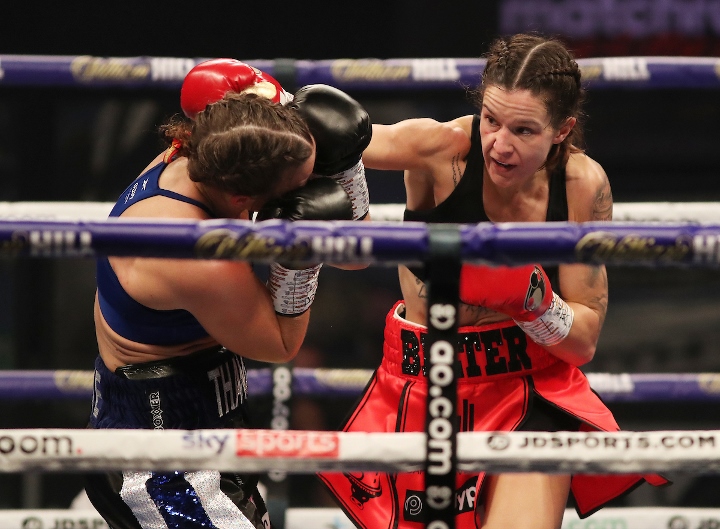 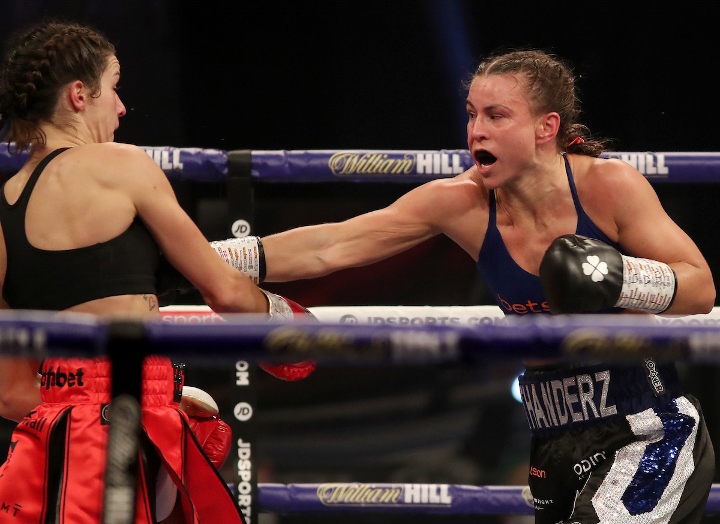 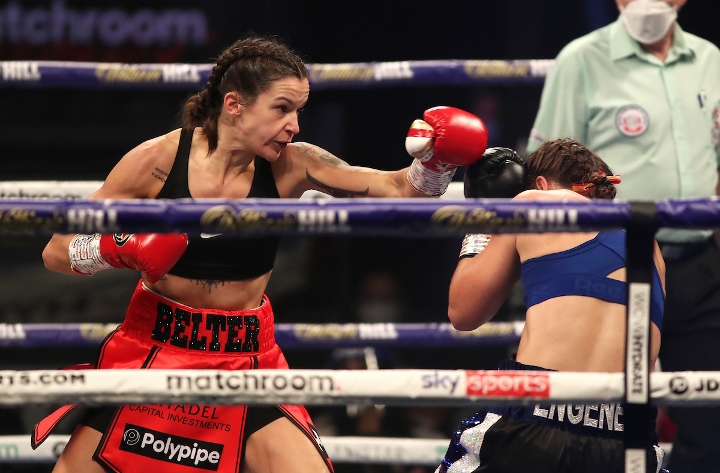 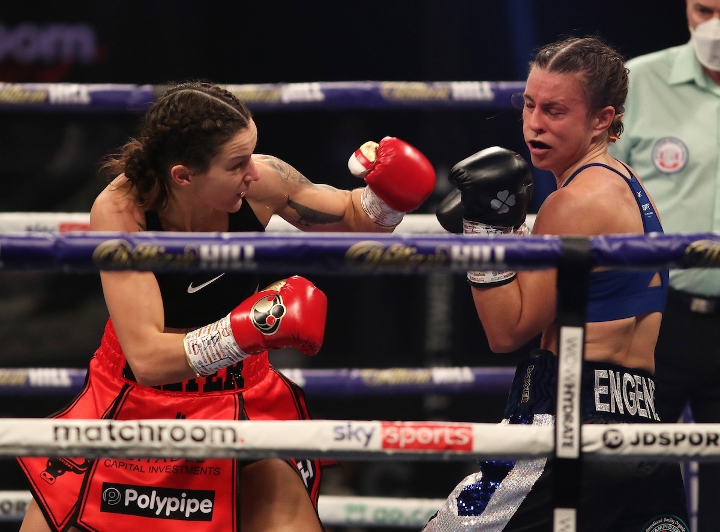 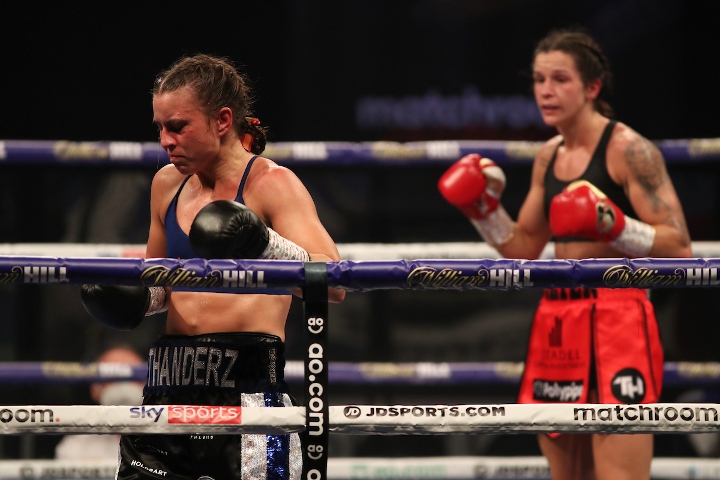 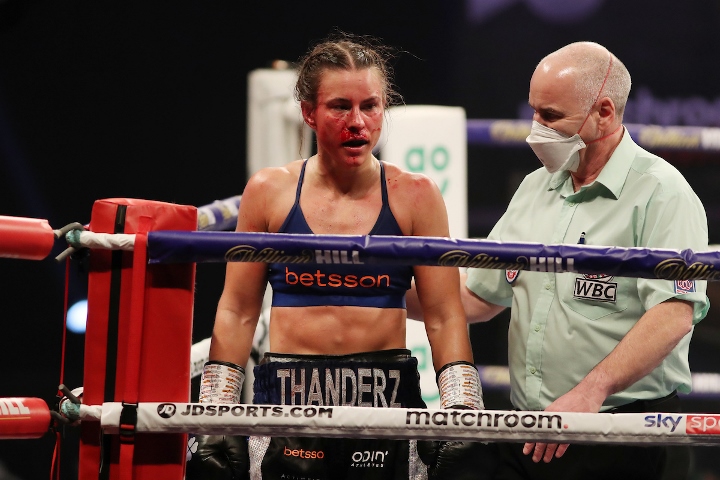 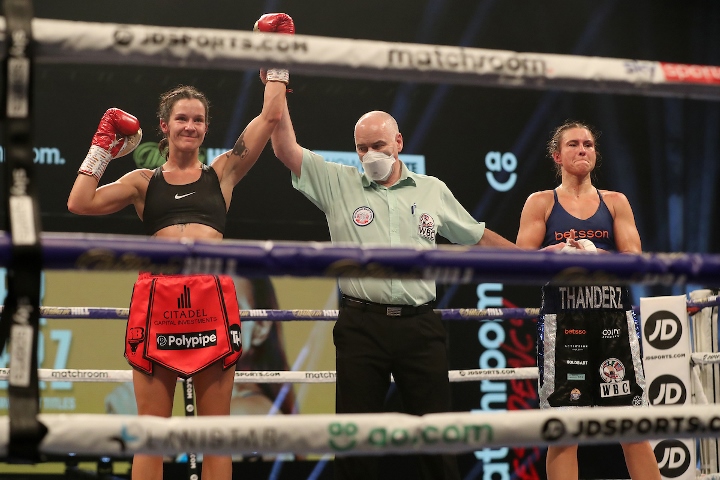 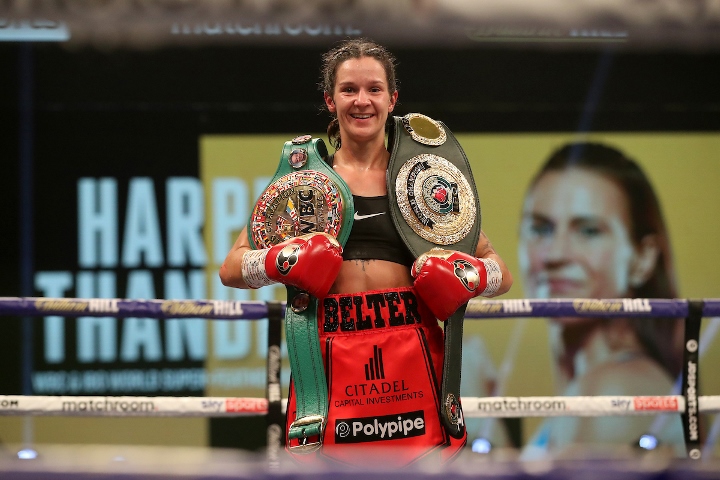 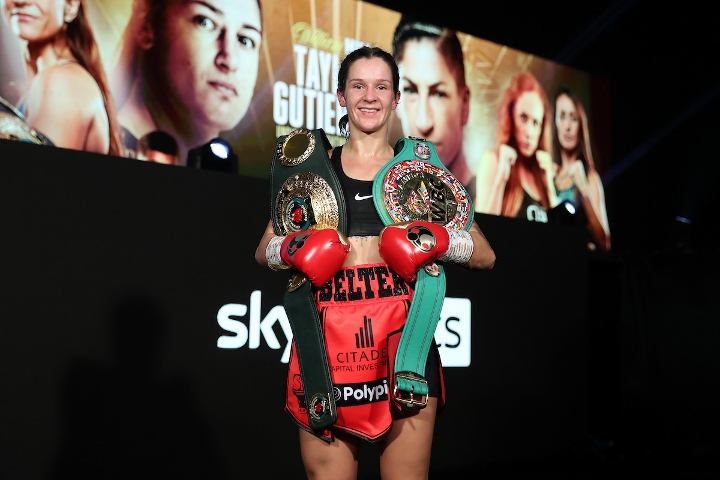 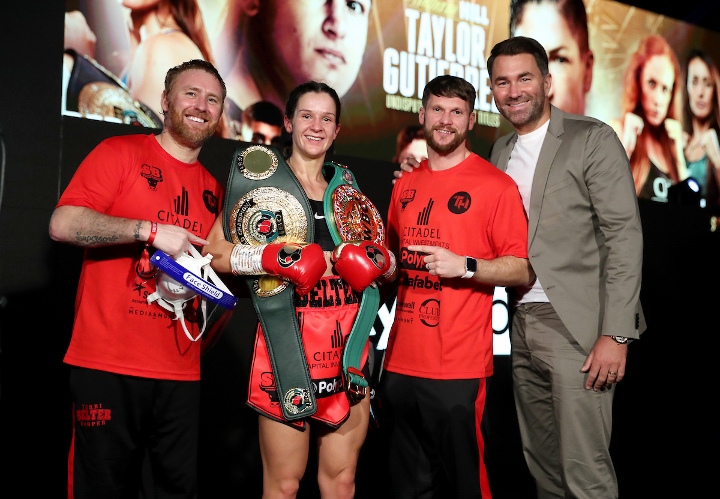