Miguel Cotto (41-5, 33 KOs), the only four-division world champion in Puerto Rico's rich boxing history, earned his sixth world title with a unanimous decision victory against the Japanese slugger Yoshihiro "El Maestrito" Kamegai (27-4-2, 24 KOs) for the vacant WBO Junior Middleweight World Title in front of a sold-out crowd of 7,689 boxing fans at the StubHub Center in Carson, Calif. The judges scored the bout 119-109, 118-110, and 120-108 in favor of Cotto. Photos by Ed Mulholland/HBO.

"I tried to do my best, and I think I did that tonight," said Miguel Cotto. "I am happy with my performance. Kamegai is a tough fighter and opponent. It was during round five or six that I knew he was going to make it to the 12 rounds. Come December 31, I will retire. I've done it all. I'm 36 going on 37, and I think I've come to the end of my career. I will fight once more in December. I'll let Freddie [Roach] tell you who I want." 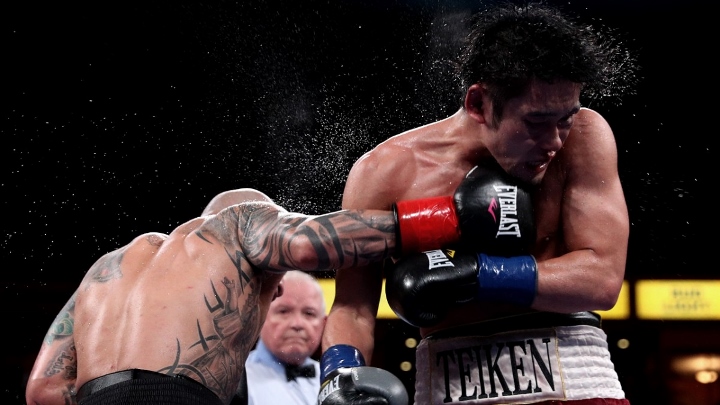 "We want the winner of Canelo-GGG," said Freddie Roach, trainer to Miguel Cotto. 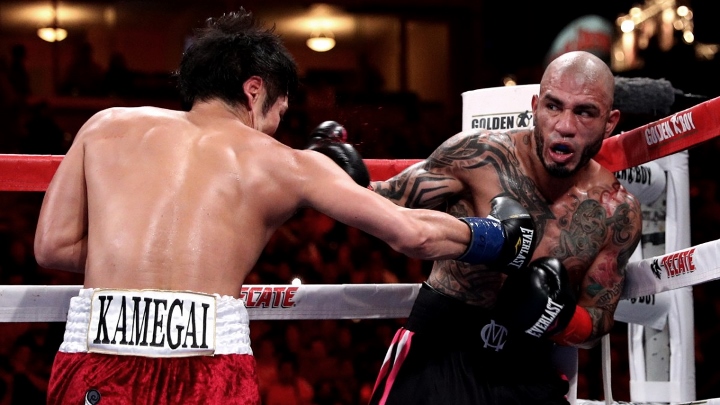 "I felt so much frustration not being able to land any of my punches," said Yoshihiro Kamegai. "I could not catch him at all. I couldn't catch him at all. He is such a talented legend, and I am so glad I got the opportunity to fight him." 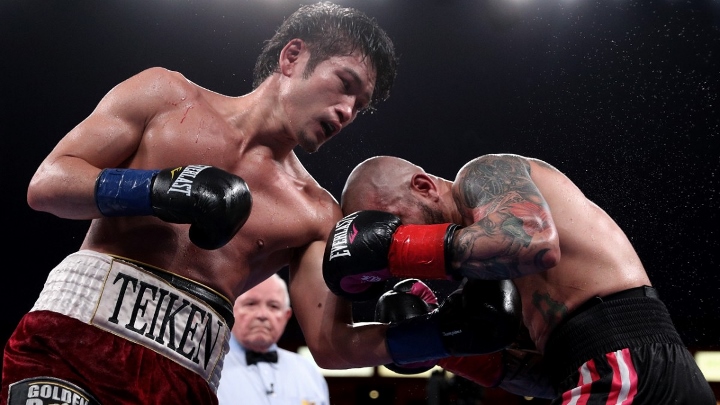 Rey Vargas (30-0, 22 KOS) of Mexico City successfully defended his WBC Super Bantamweight title with a 12-round unanimous decision victory against Santa Ana, Calif.'s Ronny Rios (28-2, 13 KOs). Vargas, the student of the Hall of Fame trainer Ignacio "Nacho" Beristain fought intelligently at a distance during the entire fight, while Rios tried to close that distance with hooks to the body. Though the fight was very competitive, Vargas won with scores of 118-110, 118-110 and 115-113. 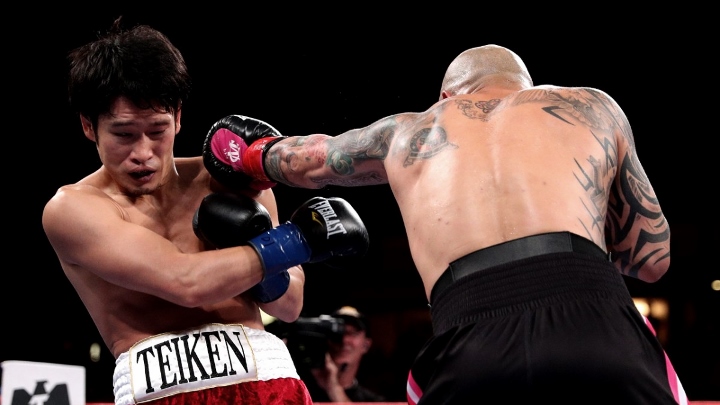 "We came here to take the belt back home, even if that means that we didn't get the knockout," said Rey Vargas. "Rios was definitely an intelligent and skillful fighter. He got me with some head shots that threw me off, and he was of an elite level when it came to his boxing. We definitely need to go back and refine our style." 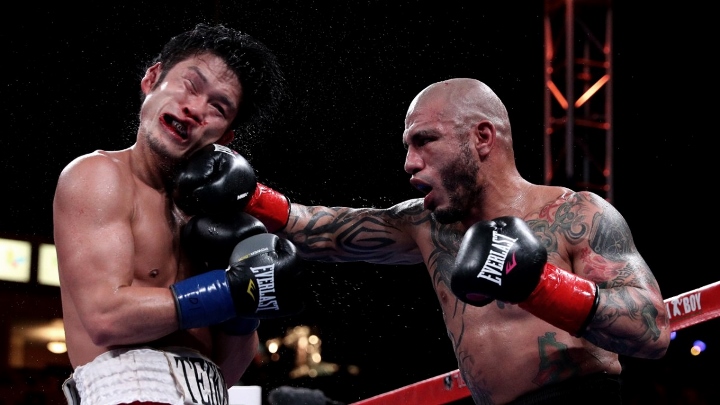 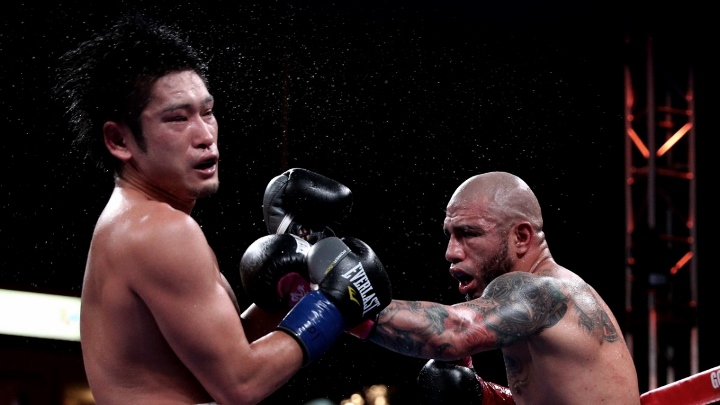 Joet Gonzalez (18-0, 9 KOs) of Glendora, Calif. took another decisive step towards the top of the featherweight division with an impressive fifth-round technical knockout victory over Deivis Julio (19-3, 11 KOs) of Monteria, Colombia. Gonzalez dropped Bassa with a right hand in the fifth round, and after getting back to his feet, Gonzalez landed a flurry of punches that forced the referee to stop the fight at 2:57 of that very same round. 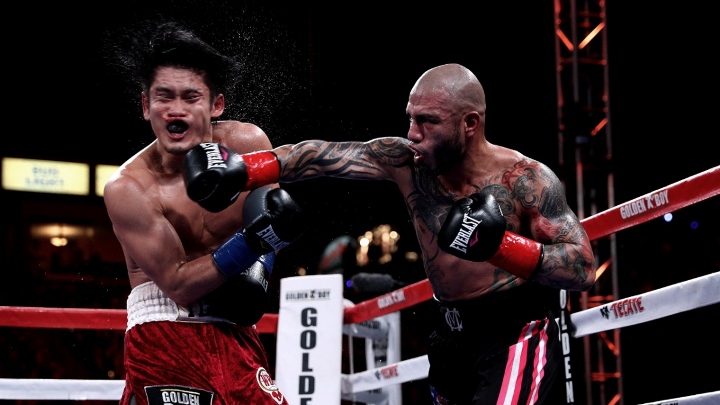 "It feels really good to get the fifth-round stoppage," said Joet Gonzalez. "My opponent really knew how to box, he was on the Colombian National team so that meant we had to come prepared for battle. I'm ready to fight again real soon. Hopefully by October you'll see me again." 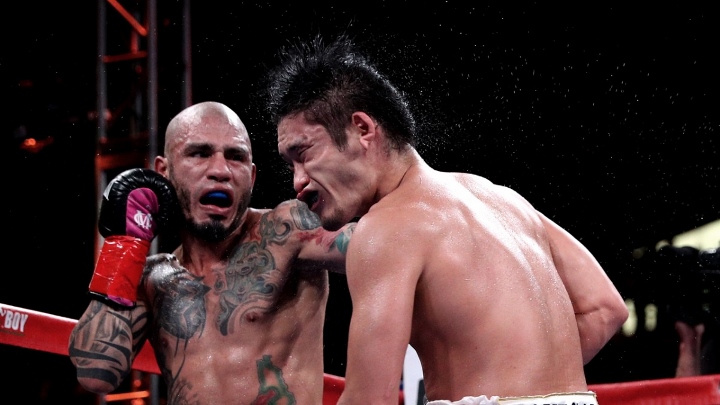 Emilio Sanchez (16-0, 11 KOs), the rising super bantamweight prospect of Pacoima, California, scored a dominant fifth-round technical knockout victory against Danny Flores (11-9-1, 11 KOs) of Mexico. Sanchez punished Flores with shots to the body and head in each round before the fight was stopped at 33 seconds of the fifth round. 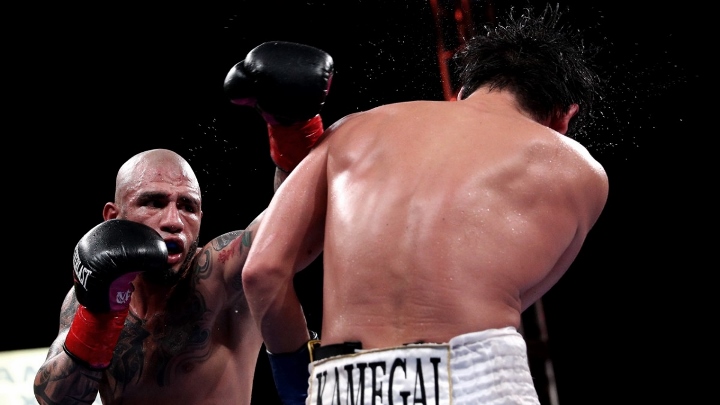 "I feel satisfied with my win tonight," said Emilio Sanchez. "I was really working on closing the gap and I want to work on my technique and style and be able to be distinct among all the fighters in my pretty stacked division." 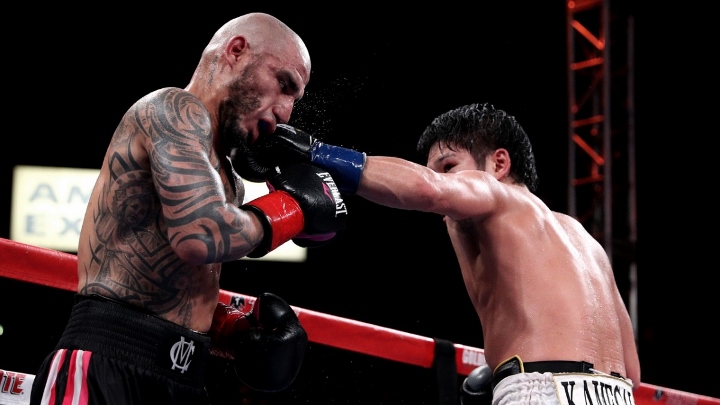 Los Angeles' Tenochtitlan "T-Dog" Nava (7-0, 1 KO) scored a four-round unanimous victory against Angel Aguilar (18-14, 1 KO) of Mexico City in a featherweight fight in frond of a wild crowd of his supporters. Nava won the back-and-forth battle with three scores of 39-37. 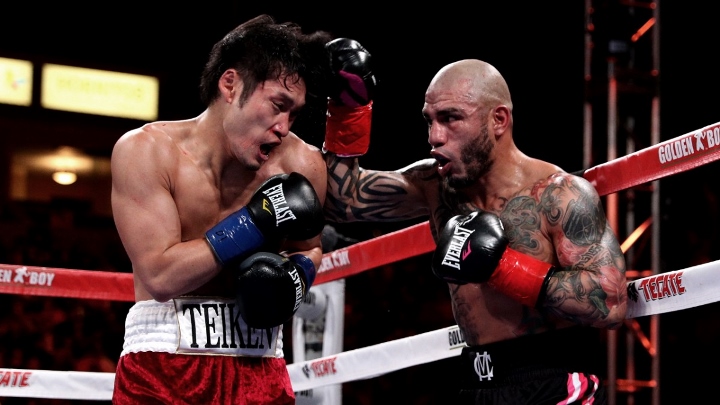 "I feel great - I made it out of the ring without any significant damage to my body," said Tenochtitlan Nava. "I tried to close the gap between me and my opponent, and focused on landing my jab throughout the fight. That was one of the next steps to one day becoming a world champion. I feel like I am ready." 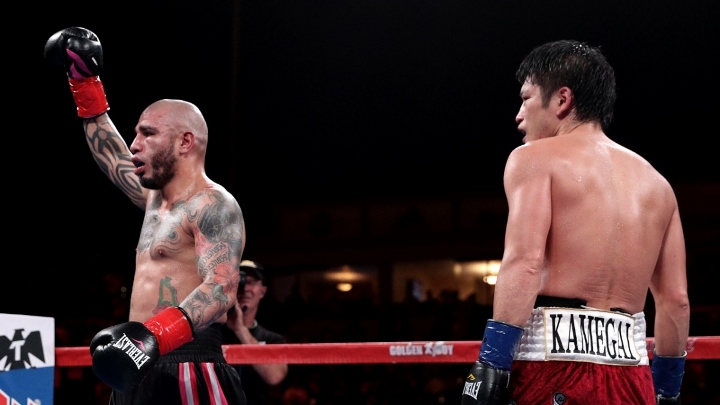 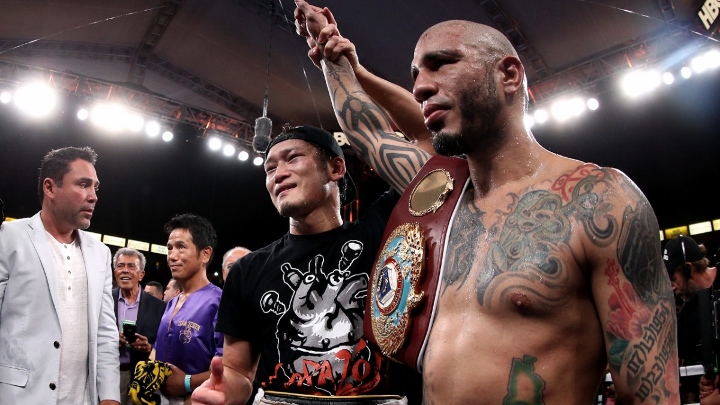