Former four-division world champion Miguel Cotto (40-5, 33 KOs) hosted a media workout today at the Wild Card Boxing Gym ahead of his 12-round fight against Yoshihiro "El Maestrito" Kamegai (27-3-2, 24 KOs) for the WBO World Junior Middleweight title that will take place on Saturday, Aug. 26 at the StubHub Center in Carson, Calif. and televised live on HBO World Championship Boxing® beginning at 9:45 p.m. ET/PT. Also participating in the workout was the highly talented 122-pound contender Ronny Rios (28-1, 13 KOs), who will take on Rey Vargas (29-0, 22 KOs) in a 12-round co-main event for Vargas' WBC Super Bantamweight title. Photos by Tom Hogan/Hoganphotos. 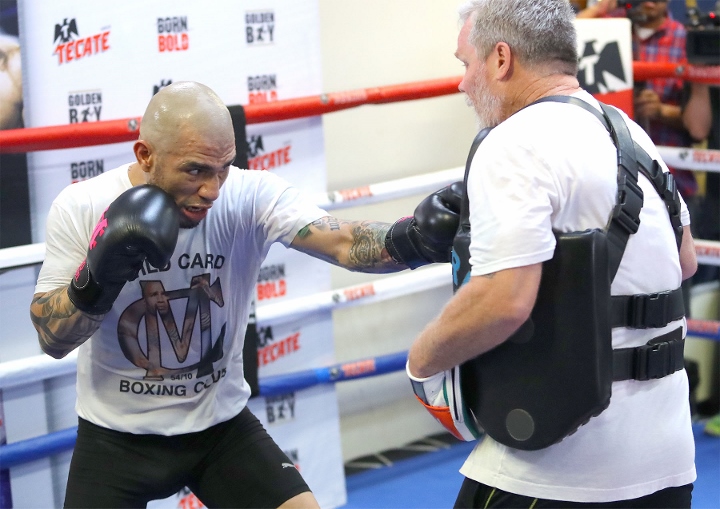 The workout also featured many fan favorites from the Aug. 26 undercard. Here is what the fighters had to say regarding their respective bouts at today's workout:

"Every time that I get fit for a fight, I just find that I work hard. It was not our plan to have 24 months off, but the time off just gave me time to use the opportunity to spend with my family. I don't think the time off prolonged my career. I'm going to be here until December 21. After this fight, I'm going to rest. Then were going to see what we have." 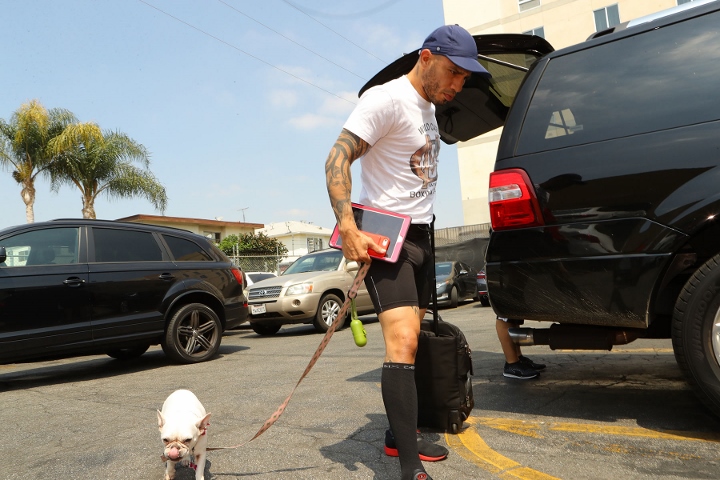 "Training camp is the same as always, relaxed, and I'm enjoying it, having fun as I go. But, I've been training hard. I expect Rey Vargas to be coming forward the first couple rounds, and I expect a full attempt to fight."

"I know they're going to prepare for my jab and body work. The biggest challenge is the last week of the fight. You just want to be in there, when you're in the ring, everything slows down, everything feels like it's moving in slow motion.You want to fight the best and get to a certain level. It was a big surprise learning we were going for a title. I gotta go out there and make a statement. I don't want to just go out there and fight; I want to make a statement." 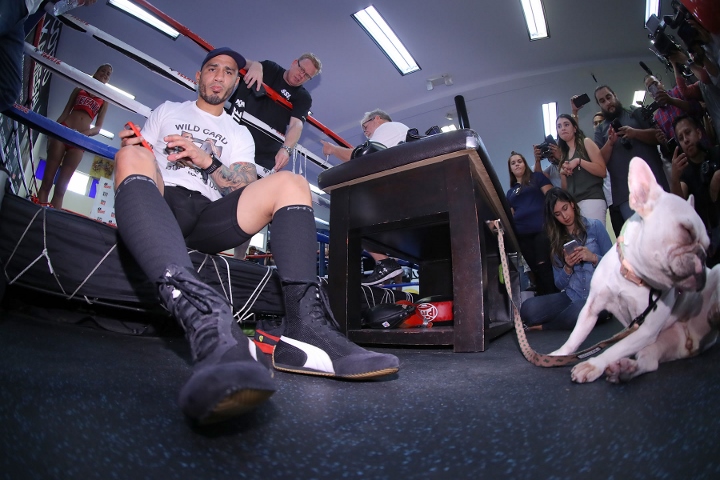 "I'm just training hard. This is my last week to train hard. I'm eating good, eating clean. It's easy to make weight. I gotta be smart. I know he's [Deivis Bassa] a veteran as he's got a lot of experience. I know I've got to be ready. I want to prove who I am, who Joet Gonzalez is. I've got a great team behind me, and I'm excited." 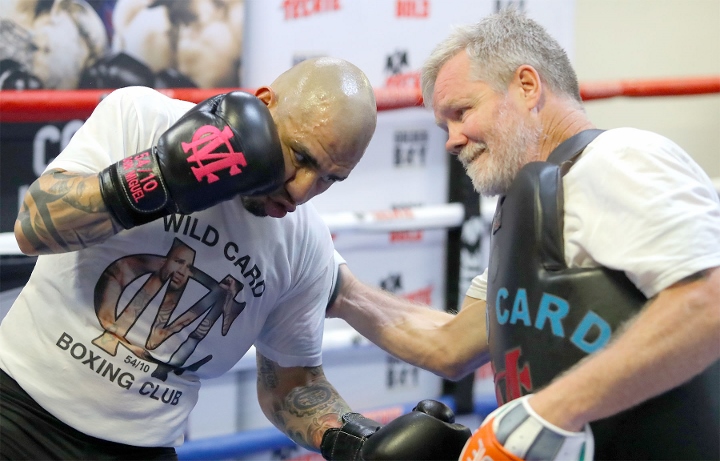 "Camp is going great. I'm working on my defense and offense, and my diet's going well. I try eating healthy, but it's hard sometimes. I'm sharpening my defense, those are the skills I'm working on. It motivates me that my family and friends are there cheering me on. After this fight, I'm hoping to be the main event at the Belasco and fight better opponents." 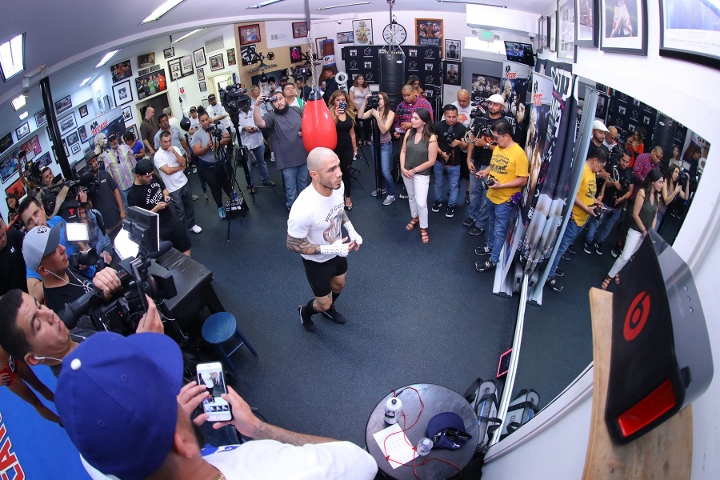 "Training has been going great. Lots of cardio. What's different is I'm having more fun. I've been sparring a lot with the other fighters. This fight is going to be super exciting." 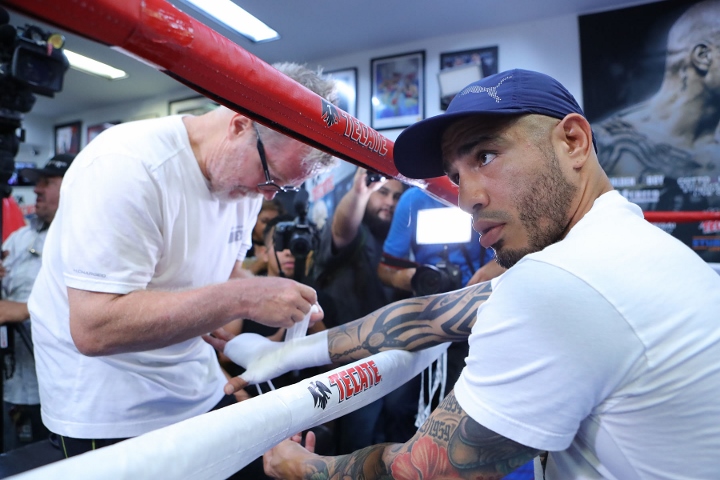 "I'm fighting six rounds already which is very fast for my age. I thank Golden Boy for everything they're doing for me. We're just staying sharp, mentally, physically-I feel ready.

"My job is just to go in there and break the body down. I'm strict on my diet right now. Overall, I'm just focusing on what I'm going to do. My brother [Ronny Rios] and I train together. It's definitely easy to train together. After this fight, I want to prove I'm one of the best prospects coming up." 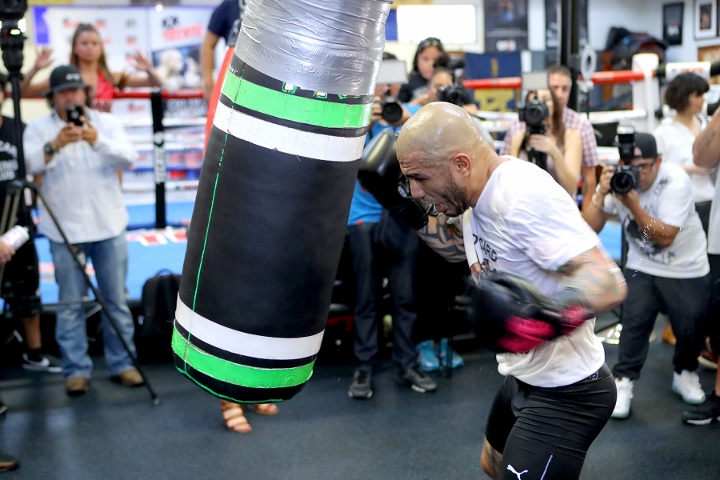 "I know nothing about my opponent [Ricardo Arias]. I just do my training. I listen to my coaches and do what they say. I'm hoping to prove I'm a worthy fighter from this fight." 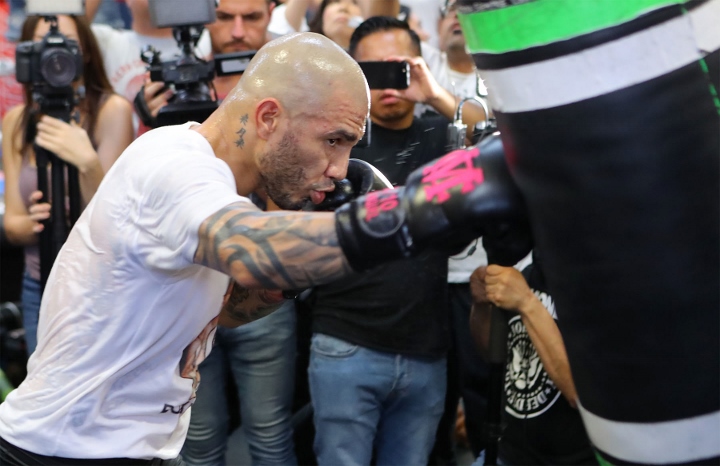 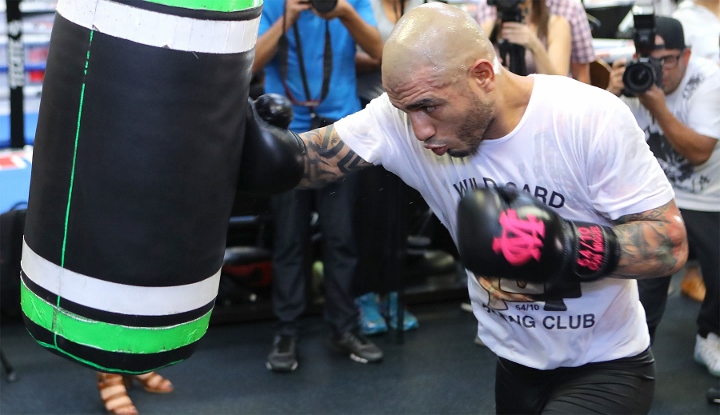 Cotto vs. Kamegai, a 12-round fight for the vacant WBO World Junior Middleweight Championship, is presented by Golden Boy Promotions and Miguel Cotto Promotions in association with Teiken Promotions and sponsored by Tecate "BORN BOLD," Casa Mexico Tequila and Fred Loya Insurance. Rey Vargas vs. Ronny Rios  is a 12-round world championship fight for the WBC Super Bantamweight Title, and is presented by Golden Boy Promotions in association with Promociones del Pueblo. The event will take place Saturday, Aug. 26 at the StubHub Center in Carson, Calif. and will be televised live on HBO World Championship Boxing beginning at 9:45 p.m. ET/PT. 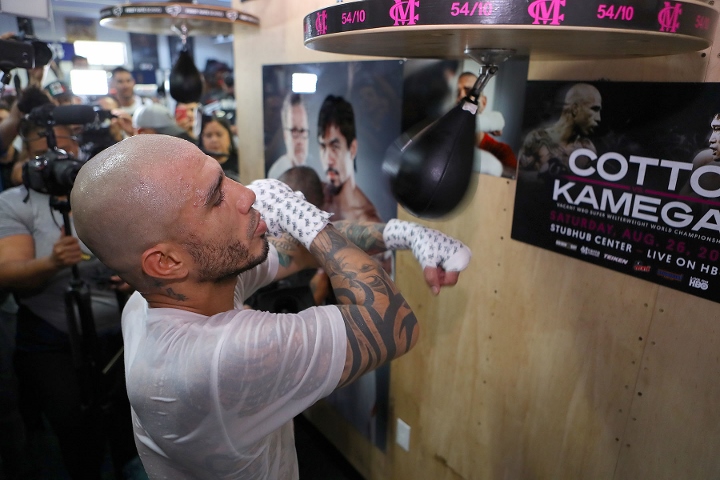 Freddie seems to be becoming a loser coach in recent years.

[QUOTE=robbyheartbaby;17957831]I really hope so, hopefully the make this PPV really affordable so real fans by this one![/QUOTE] The Mayweather fight is on Showtime PPV, the Cotto fight is for free on HBO.

[QUOTE=True That;17955690]I think the numbers/ratings for this fight will be anywhere between decent and good. I don't think everyone wants to or has $100 to spend on the PPV.[/QUOTE] I really hope so, hopefully the make this PPV really affordable…

Why is he always carrying around that ugly dog of his. Is he trying to emulate Pac.

[QUOTE=spn1025;17955587]what's up with the knee-high socks? also, why is he always wearing pink? it's one thing if it's for breast cancer awareness, but if not...[/QUOTE] I think the story goes, Cotto was being interviewed by an older lady who was…