Photos: Miguel Berchelt Beats Down Valenzuela For TKO in Six 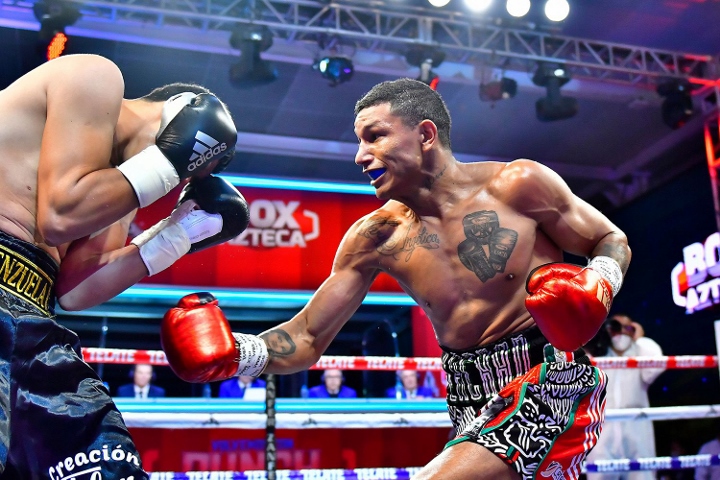 The stage moves close to a mandatory fight with former 126-pound champion Oscar Valdez, who has to do his part by winning a fight next month with Jayson Velez in Las Vegas. 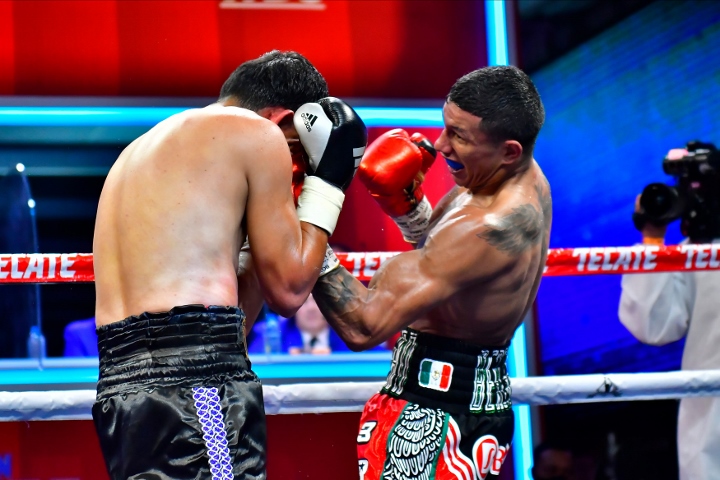 Berchelt started slow, taking his time and picking his punches in the first round. In the closing moments they were trading punches with Berchelt scoring a knockdown with a big hook. 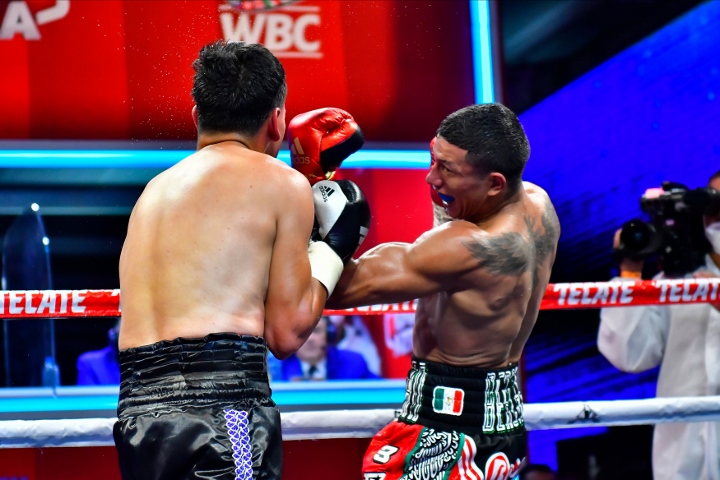 When the second started, Berchelt was battering Valenzuela with punches to the head and body. Valenzuela was staggering all of the place and Berchelt was walking through his punches. Berchelt unleashed more punishment in the third, landing heavy blows to the head and body. A tough fourth for Valenzuela, as he took a lot of punches, but continued to stay on his feet and was pressing forward. More of the same in the fifth.

In the sixth, Berchelt landed a vicious combination to the head - which had Valenzuela in serious trouble and the fight was waved off. 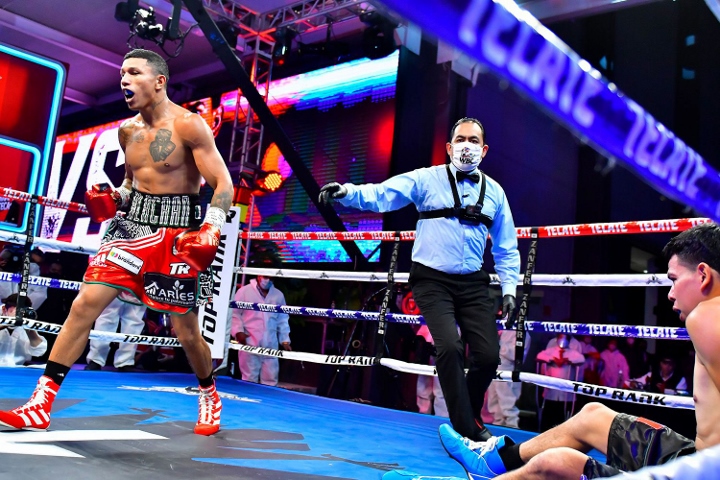 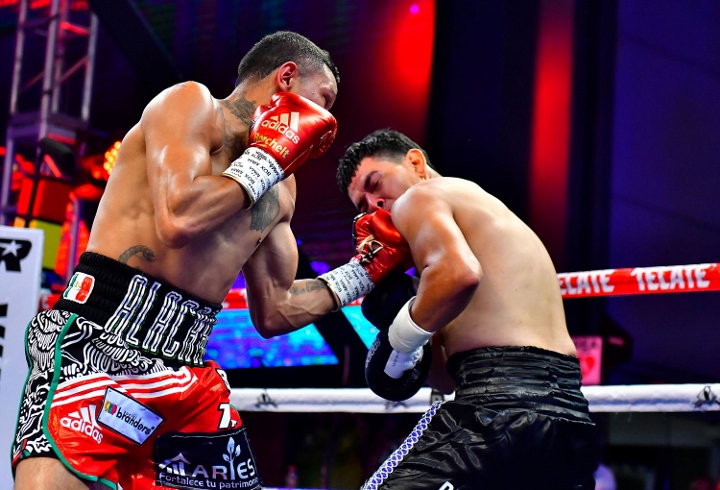 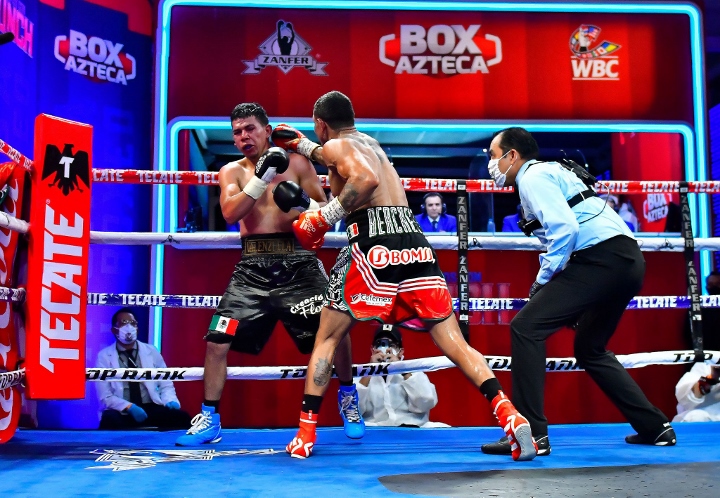 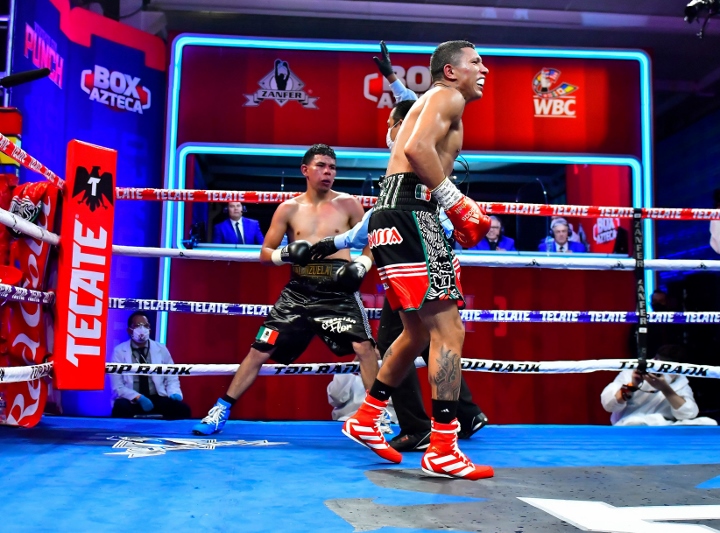 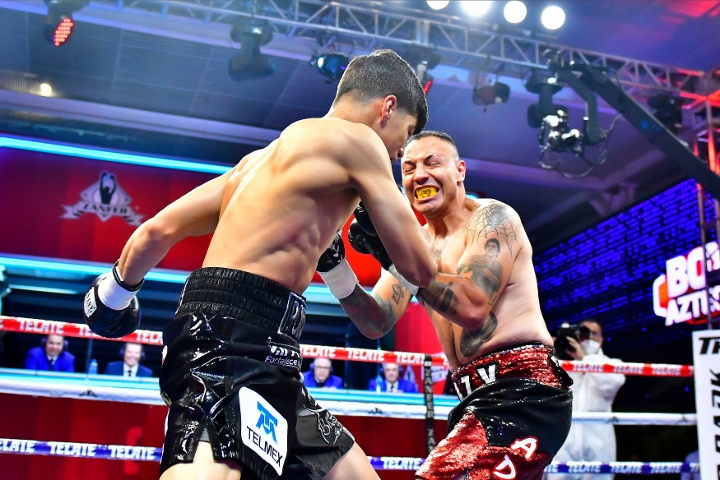 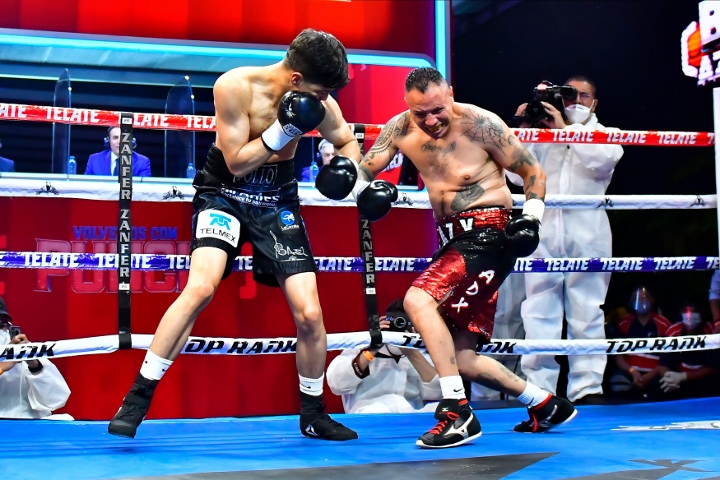 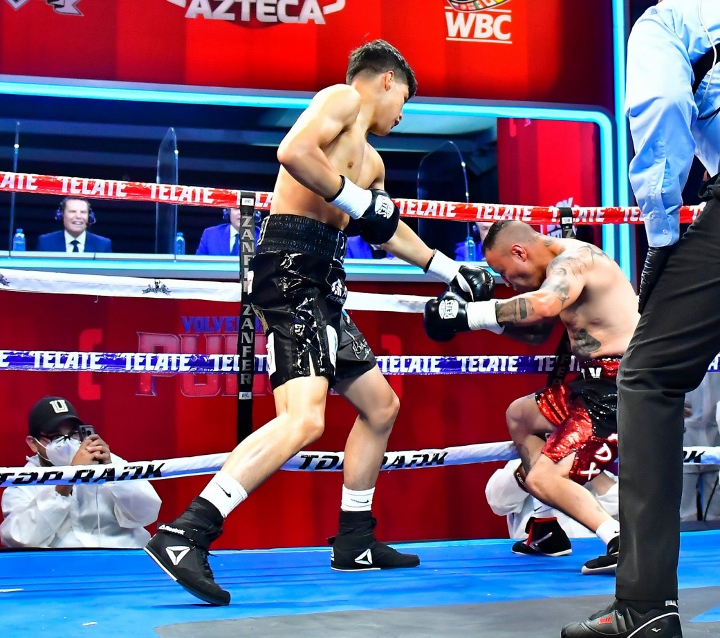 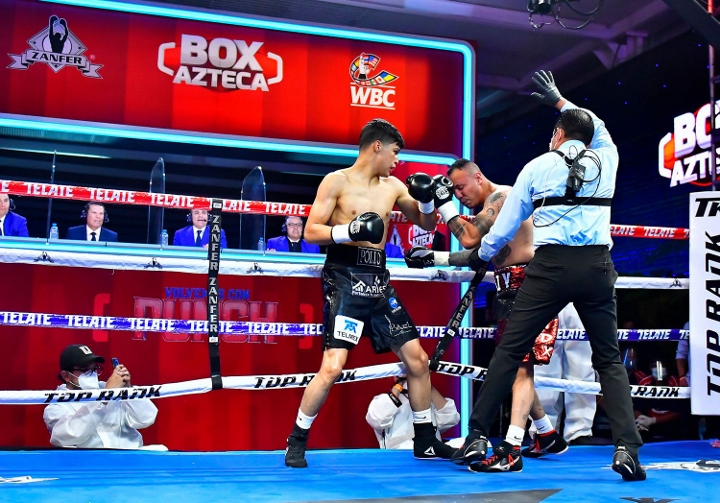 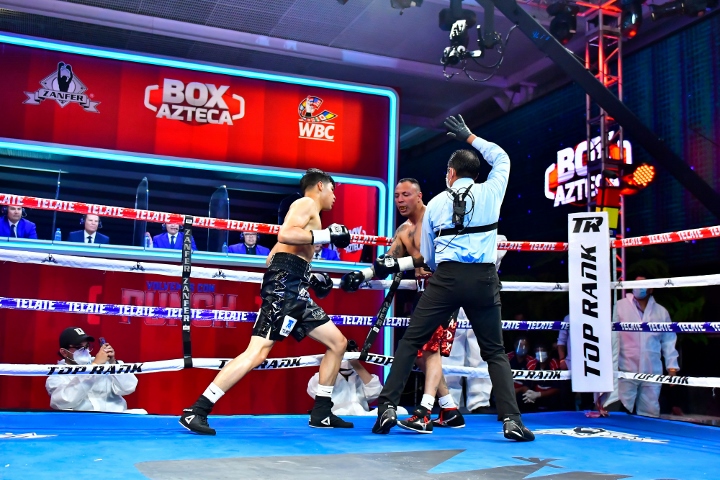 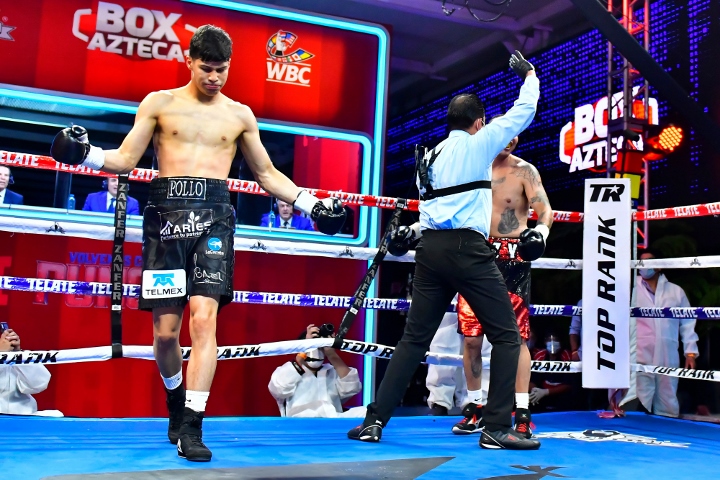 This fight was horrendous. Putting up these type fights is what makes boxing look bad. There is no wonder or curiosity of the other opponent. It's like, you look at the record and you wonder why even put it on…

[QUOTE=antimonio51;20632657]This is the only boxer I can see beating Gervonta Davis in the future nobody else. I think it would be a terrific fight.[/QUOTE] Berchelt is really the only guy you can see beating Tank?

I remember Valenzuela buzzed Miguel Berchelt in one round, but outside of this, this was a total beat down. :boxing:

The valdez fight is going to be fun while it lasts! War Berchelt !

This is the only boxer I can see beating Gervonta Davis in the future nobody else. I think it would be a terrific fight.