The long-awaited grudge match between Chris Eubank Jr. and James DeGale is officially upon us.

The pair of British super middleweights easily made weight ahead of Saturday’s 12-round showdown, which will air live from London’s O2 Arena on ITV Box Office in the United Kingdom and on Showtime (3:45pm ET) in the United States.

Eubank Jr. checked in at a chiseled 167 pounds, one pound heavier than DeGale who tipped the scales at a ripped and ready 166 pounds. 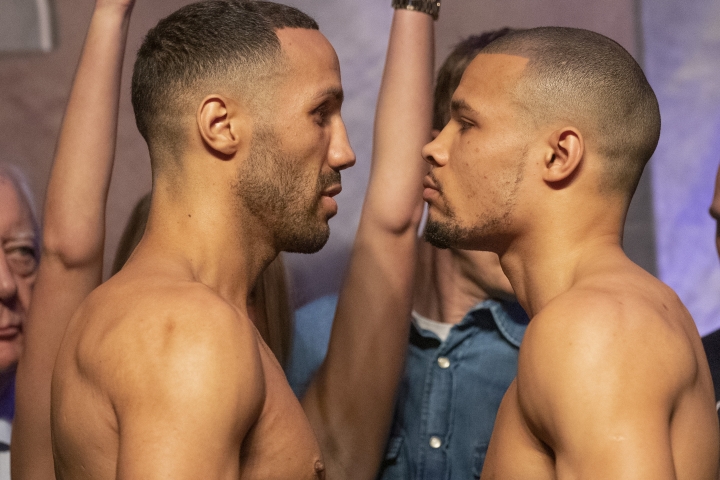 DeGale (25-2-1, 15KOs) played an integral role in helping pave the road for such a relationship, having fought under the PBC umbrella since May ’15. That very fight provided a significant historical mark for British boxing, becoming the first-ever Olympic Gold medalist from Great Britain to win a major title in the pro ranks. 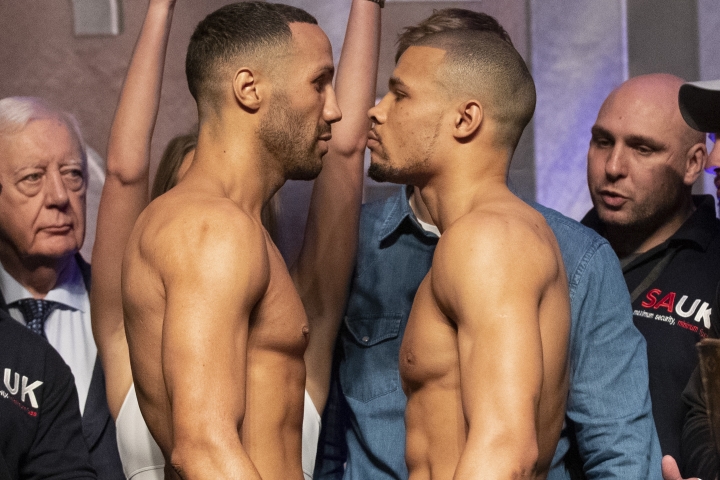 He accomplished the feat with a 12-round win over Andre Dirrell for a vacant super middleweight title, oddly with the moment doubling as his U.S. debut having won the title in Boston, Massachusetts. Three successful defenses followed, all in North America, only for his long-awaited homecoming in Dec. ’17 to spell the end of his first title reign following a 12-round loss to Caleb Truax in a massive upset at Copper Box Arena in London.

A return to the United States righted the ship for DeGale, who avenged the loss with a 12-round title-regaining victory over Truax last April in Las Vegas. The second reign was shortlived, vacating the strap in favor of the promise of bigger and better things from PBC—leading to his forthcoming showdown versus Eubank Jr. in kicking off a new deal with ITV. 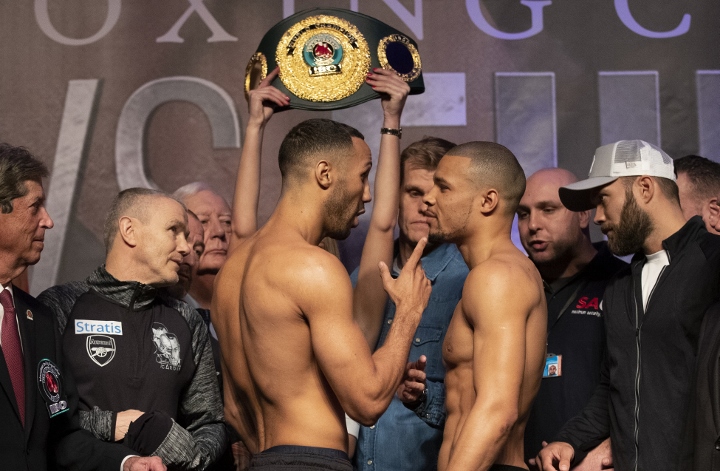 DeGale’s lone fight between the rematch win over Truax and present day came in a tune-up last September in Ontario, California.

Eubank Jr. (27-2, 21KOs) fights for the first time since his participation in the World Boxing Super Series super middleweight tournament. The second-generation boxer—whose father Chris Eubank Sr. was a two-division titlist and an integral part of the 1990s British boxing scene—advanced to the WBSS semifinals, where he dropped a competitive but clear decision to countryman George Groves last February. 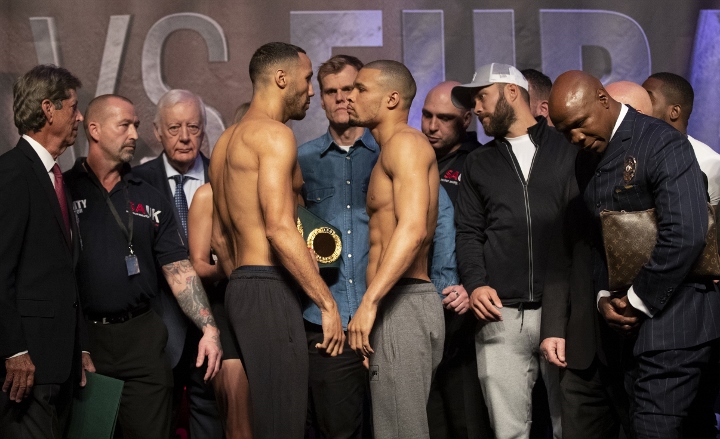 The loss was followed by a 3rd round knockout over JJ McDonagh in a consolation bout on the undercard of the WBSS finals, with Callum Smith knocking out Groves in seven rounds last September in Jeddah, Saudi Arabia. 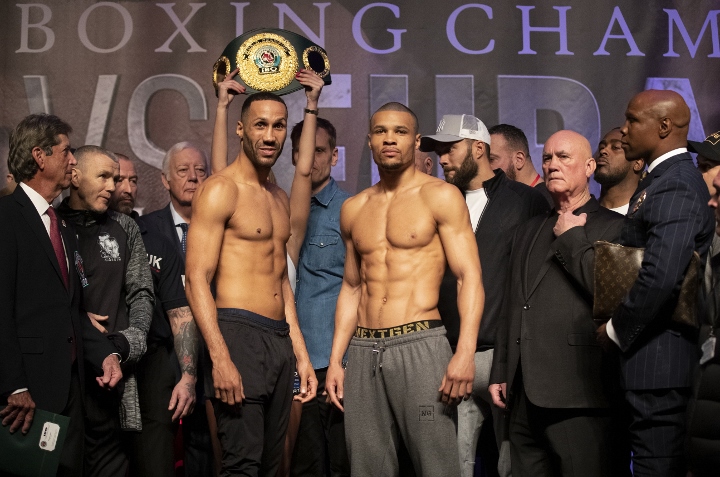 Both boxers checked in at the heaviest weight of their respective careers, though drastically varying in how they carried the poundage. 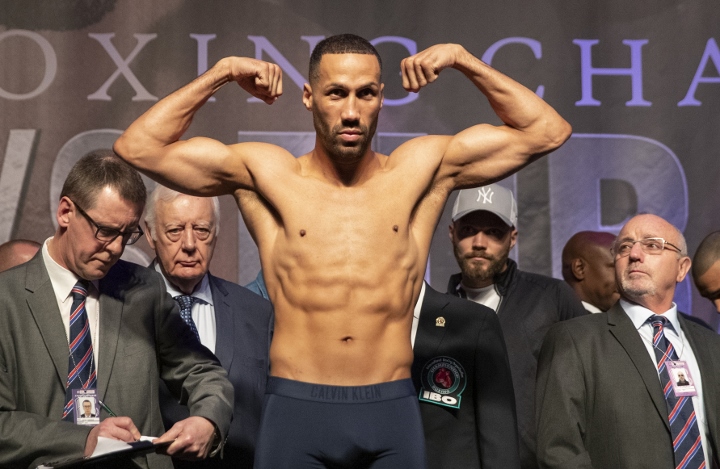 England’s Joyce clocked in at a fighting fit 265 pounds, two more than his previous career high which came two fights ago in a 5th round knockout of Iago Kiladze last September in Ontario, California. Stiverne weighed a fleshy 273 pounds, 33.5 pounds more than when he became the first-ever Haiti-born boxer to win a heavyweight title following a 6th round knockout of Chris Arreola in their May ’14 vacant title fight rematch. 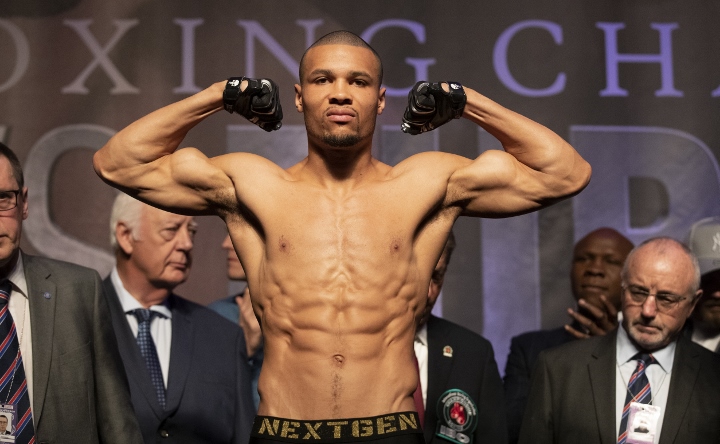 Joyce (7-0, 7KOs) weighed 262 pounds in his last fight, a 1st round knockout of Joe Hanks on the undercard of Deontay Wilder’s 12-round draw with Tyson Fury in their heavyweight title fight last December in Los Angeles.

The 33-year old 6’6” heavyweight has been matched at an aggressive pace since turning pro in Oct. ’17, with Saturday’s bout already marking his second scheduled 12-round affair. He’s yet to need more than eight rounds to register win, with such occasion interestingly coming in his pro debut, as he’s since yet to go beyond five rounds. 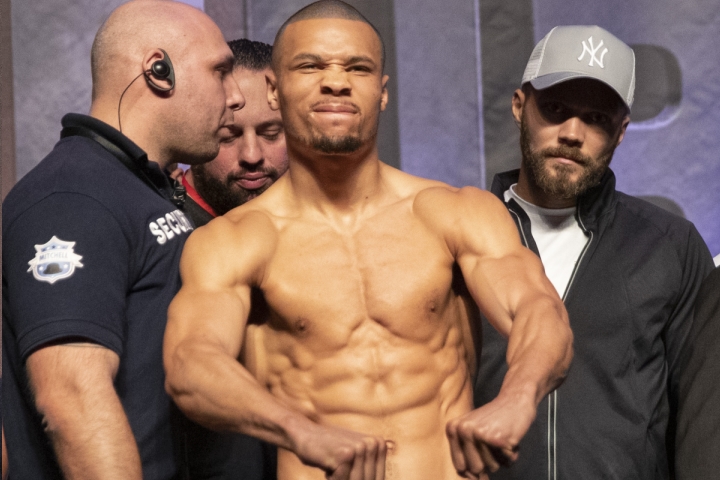 Stiverne (25-3-1, 21KOs), on the other hand, appears content to have already established his place in boxing history. His title-winning effort over Arreola was the last great moment in the sun for the now 40-year old heavyweight who lost his belt in his first defense, a 12-round decision to Wilder in Jan. ’15.

Despite the defeat, Stiverne was able to boast at the time of being the only boxer to have never been stopped by the unbeaten American heavyweight. That distinction evaporated in their Nov. ’17 rematch, for which Stiverne showed up at a grossly out of shape 254.75 pounds in an eventual one-round drubbing in his last bout. 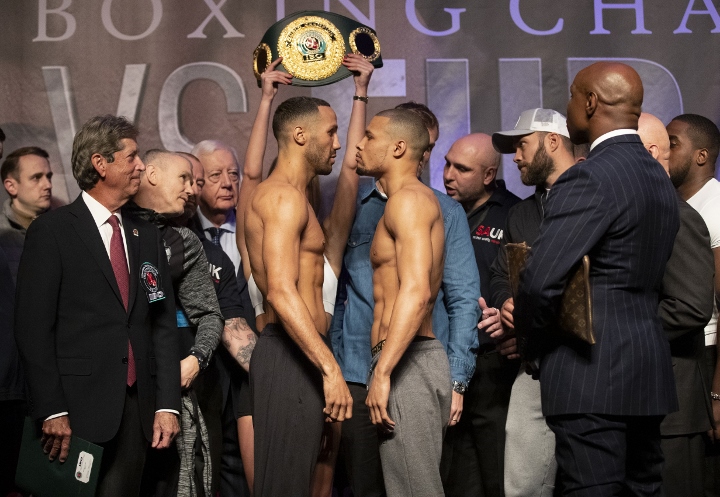 An intriguing contest which didn’t make the cut on the U.S. side of the broadcast will see former featherweight titlist Lee Selby move up in weight as he takes on veteran trialhorse Omar Douglas.

Both boxers came in under the 135-pound divisional limit. 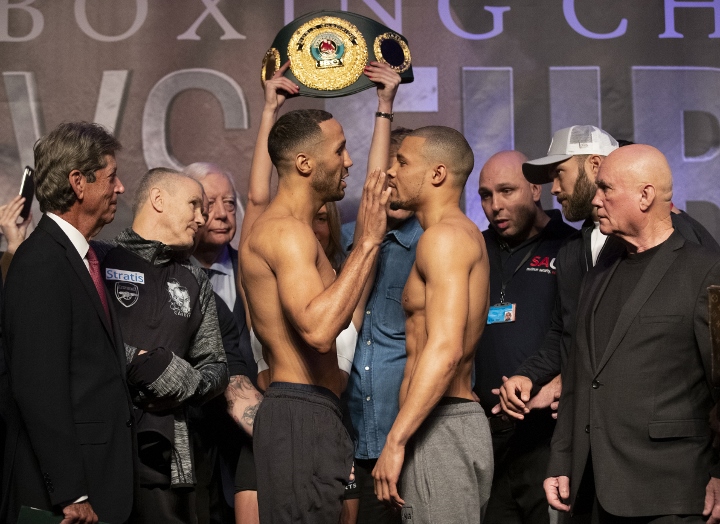 Wales’ Selby (26-2, 9KOs) weighed 134.5 pounds for his first fight since ending his three-year title reign in a 12-round loss to unbeaten Josh Warrington last May. Saturday’s lightweight contest marks his heaviest weight since Nov. ’09.

Delaware’s Douglas (19-2, 13KOs) checked in at 132 pounds, right around the normal weight for the 28-year old aspiring super featherweight contender. Saturday’s contest marks Douglas’ first outside of the United States, coming in riding a two-fight win streak including a 10-round nod over Lydell Rhodes last August.