Gibraltar - In a high stakes rematch for the WBC interim-heavyweight title, Dillian Whyte (28-2, 19 KOs) got revenge with a fourth round stoppage of Alexander Povetkin (36-3, 25 KOs). (photos by Mark Robinson).

Back in August of 2020, Povetkin was down twice in the fourth before he came out in the fifth and knocked Whyte out cold with a perfect uppercut. Whyte would then exercise an immediate rematch clause. 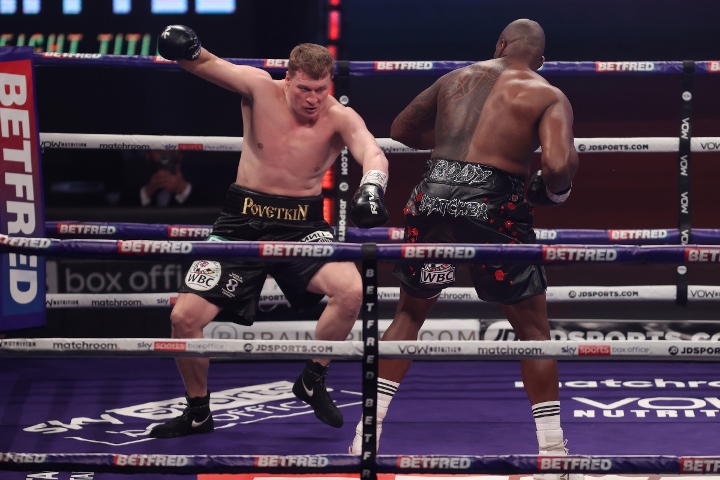 In the rematch, both came out with the jab. Whyte was throwing a lot of big shots, not landing many of them clean, but they were pushing Povetkin back. There wasn't much from either fighter in the second round, with Povetkin getting some swelling to the left side of his face. 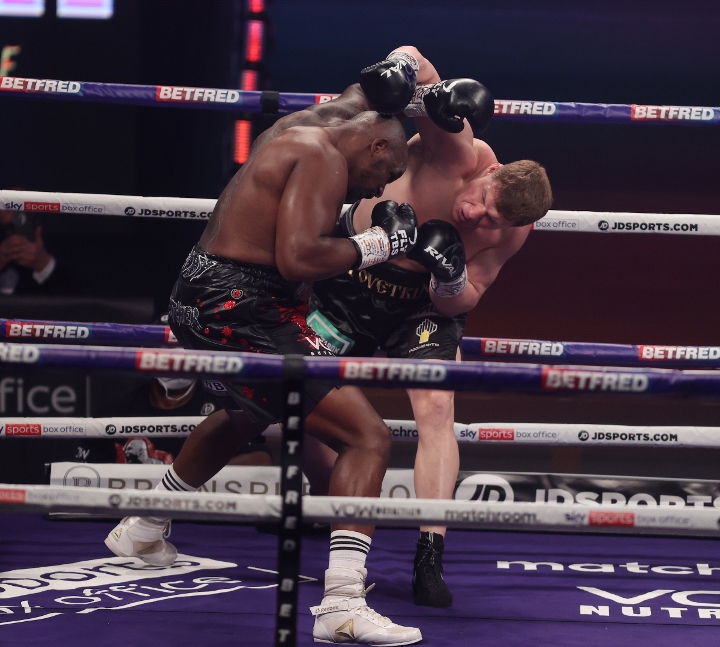 During the third, Whyte was working the jab. He landed several hard rights that seemed to buzz Povetkin for a moment.  At the start of the fourth, Povetkin was once again buzzed by a good shot. They were trading punches for a moment with neither landing anything flush. As the round continued, Whyte landed a combination of punches to send Povetkin down. The fight was waved off when Povetkin got up on unsteady legs. 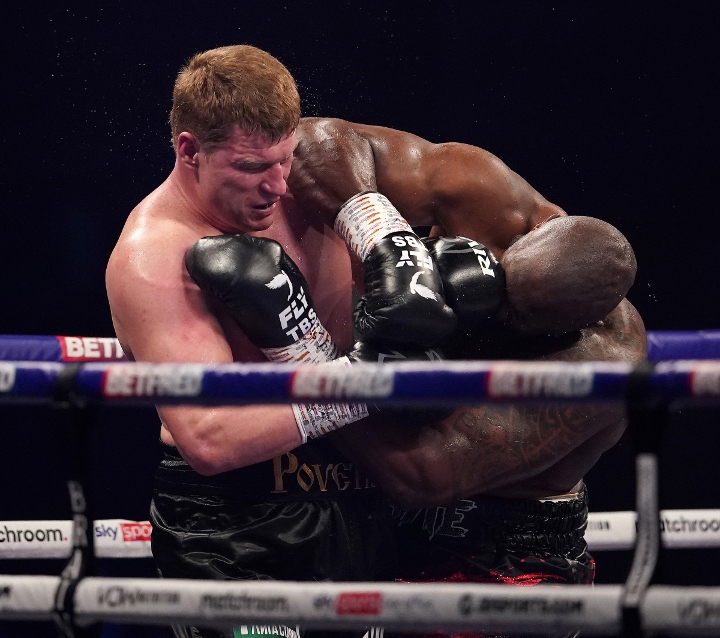 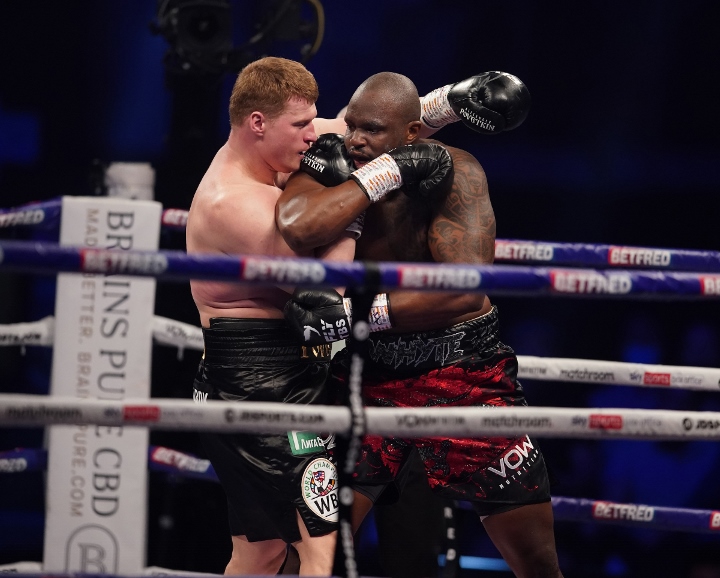 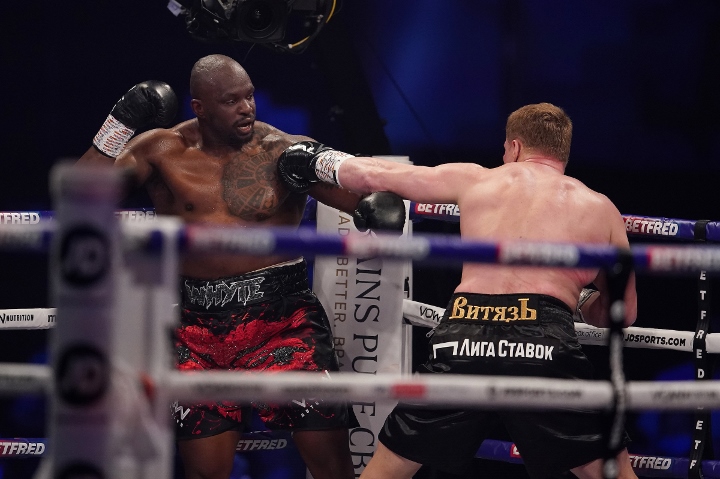 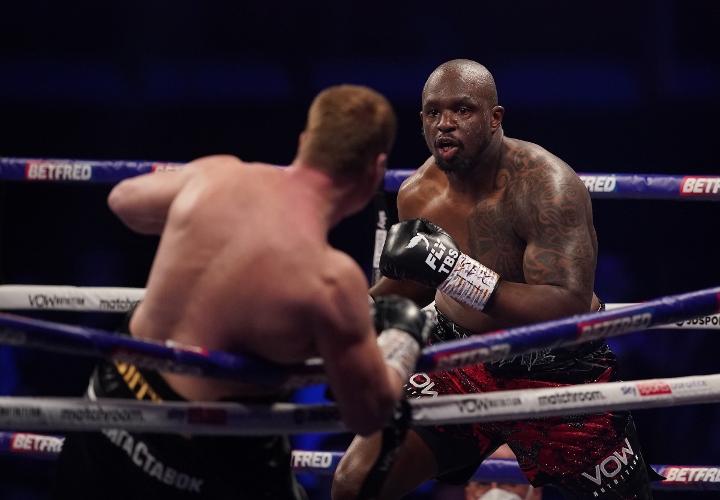 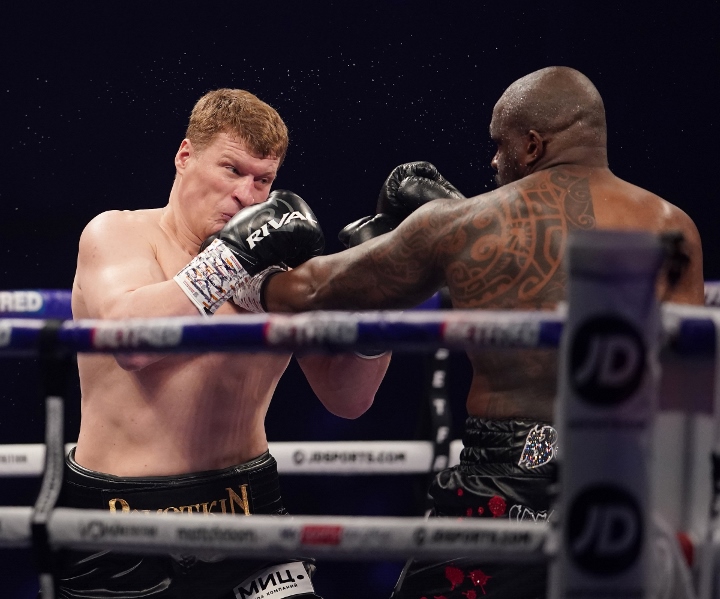 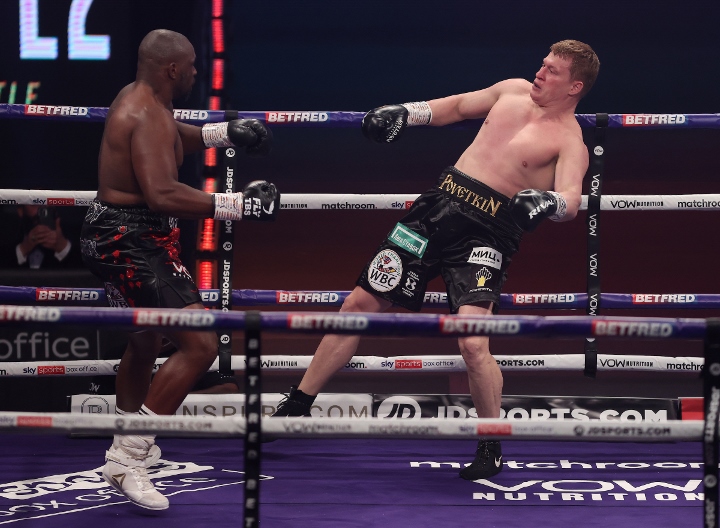 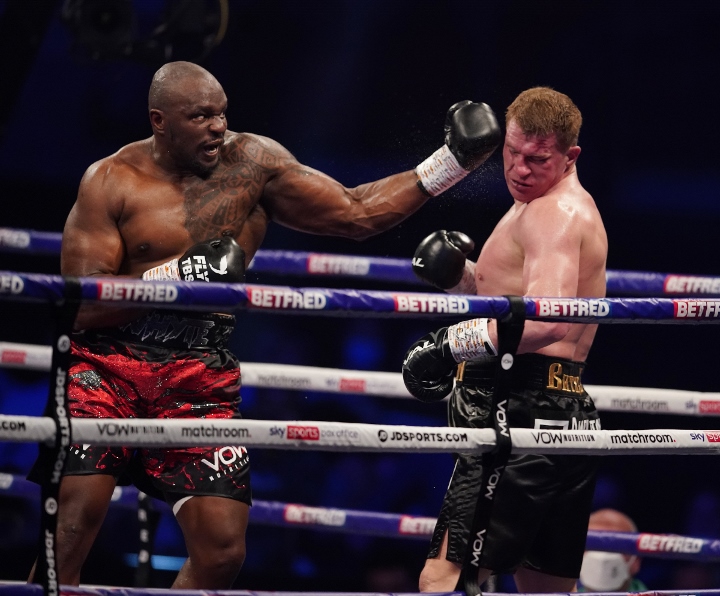 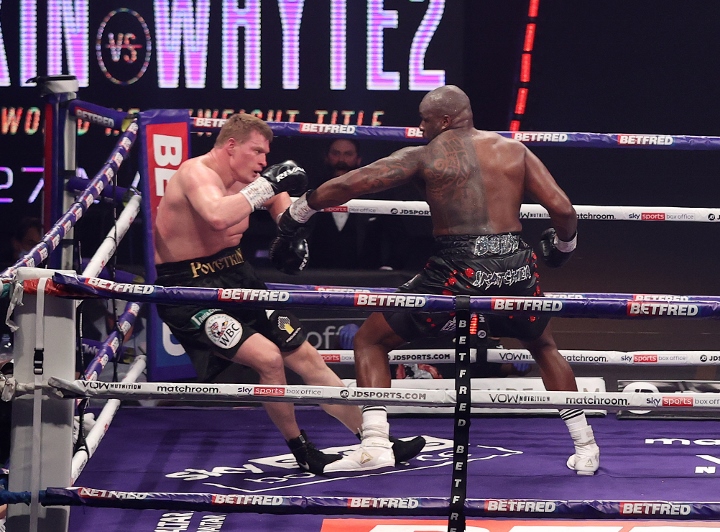 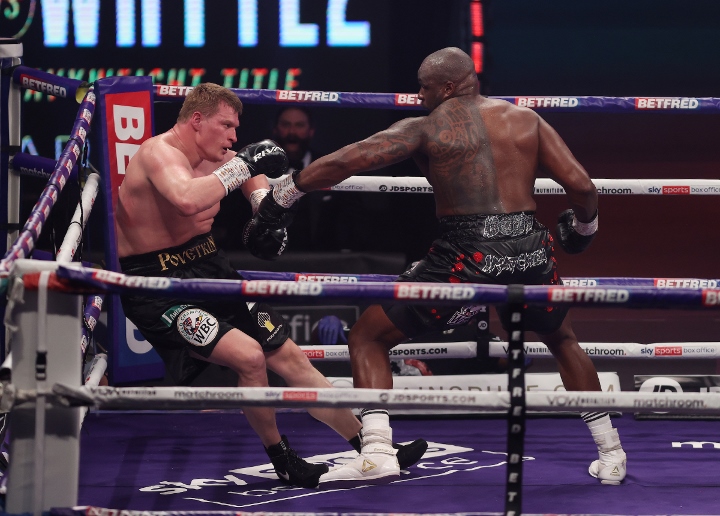 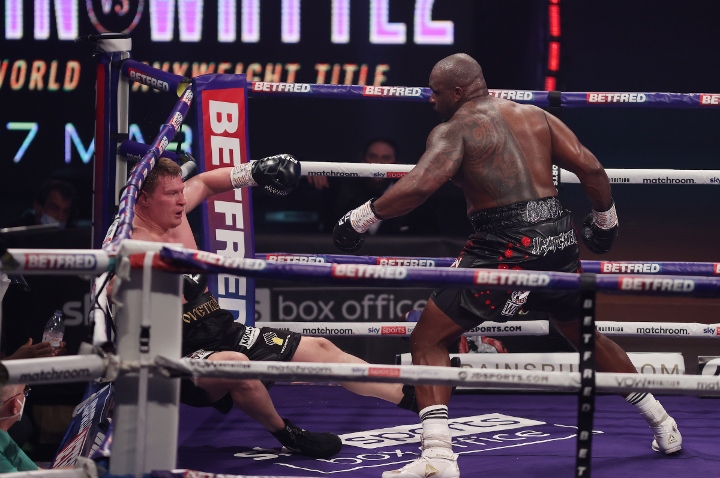 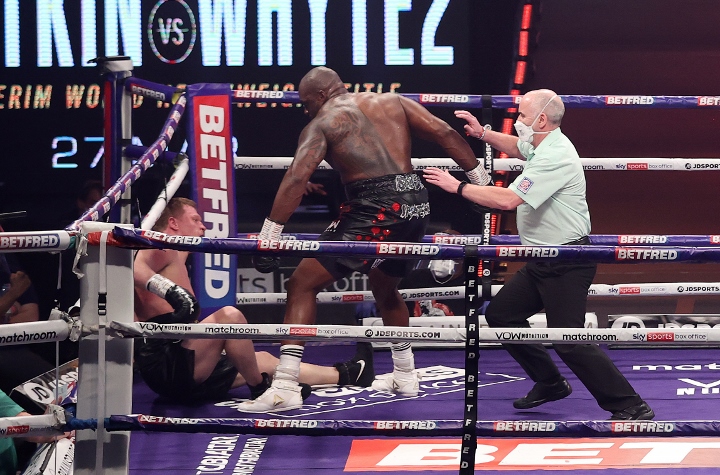 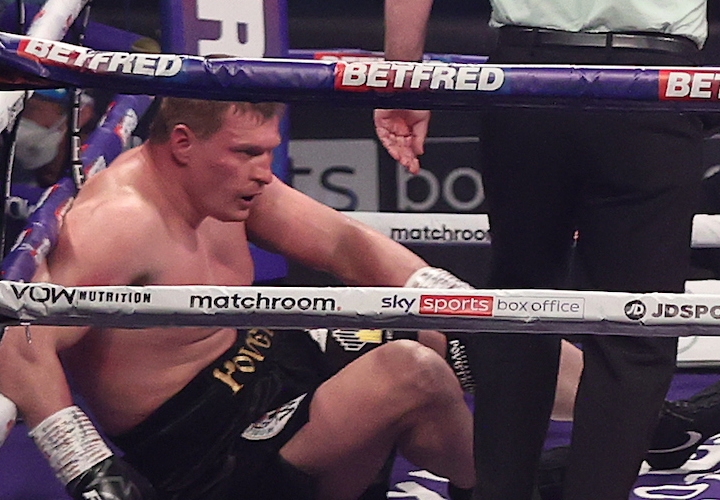 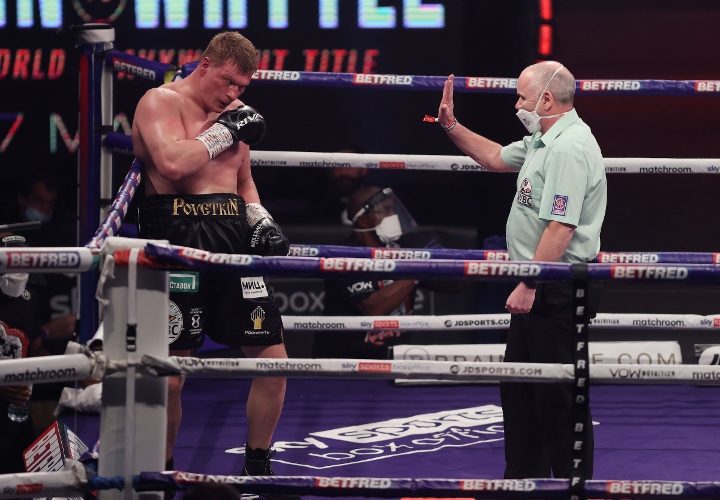 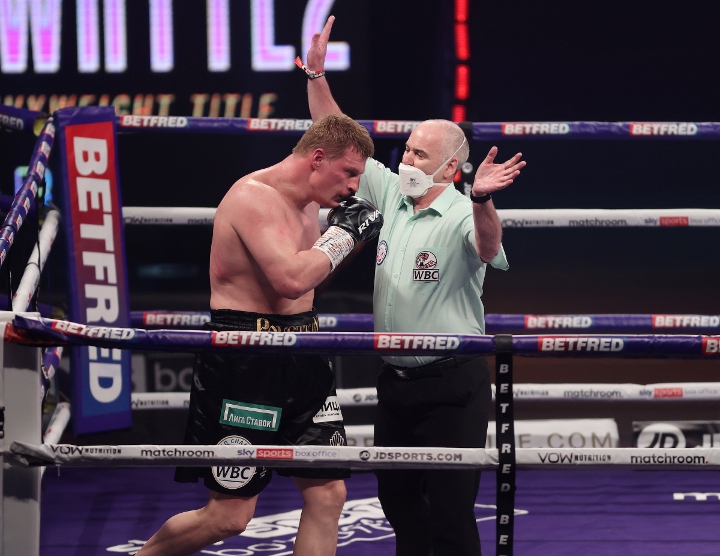 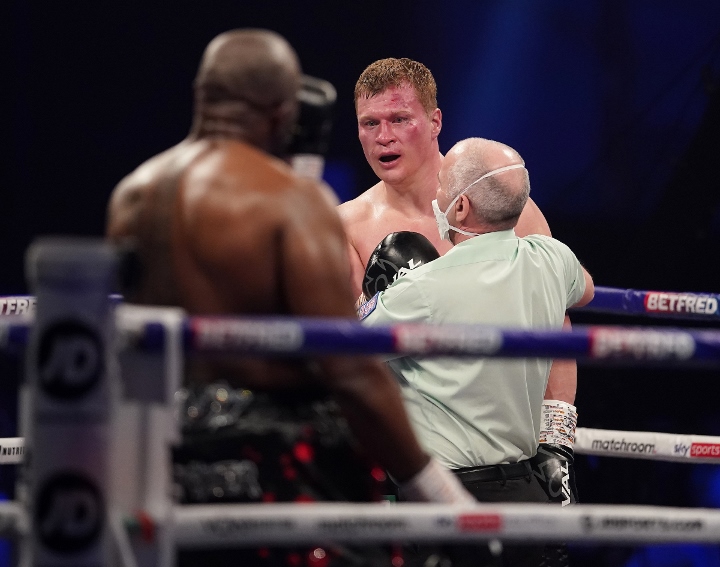 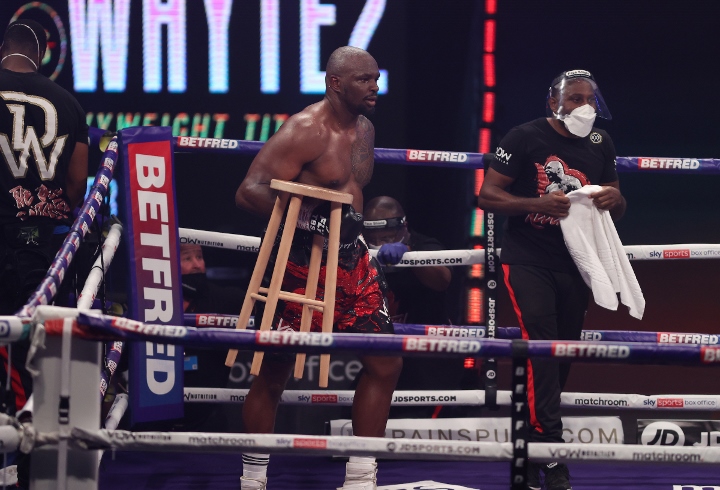 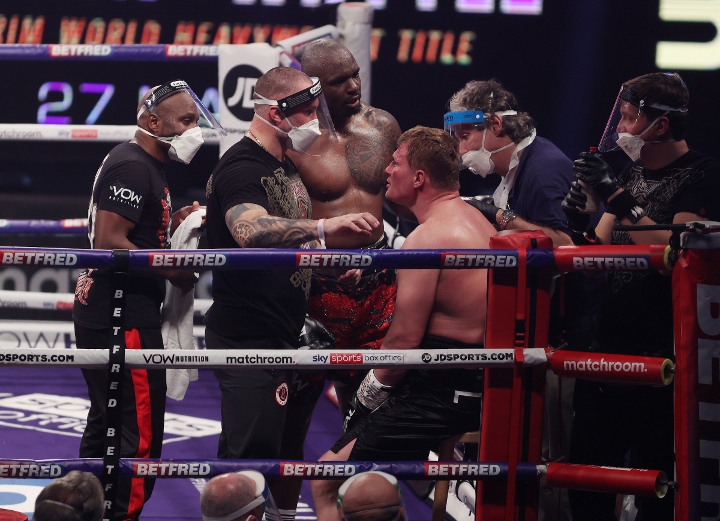 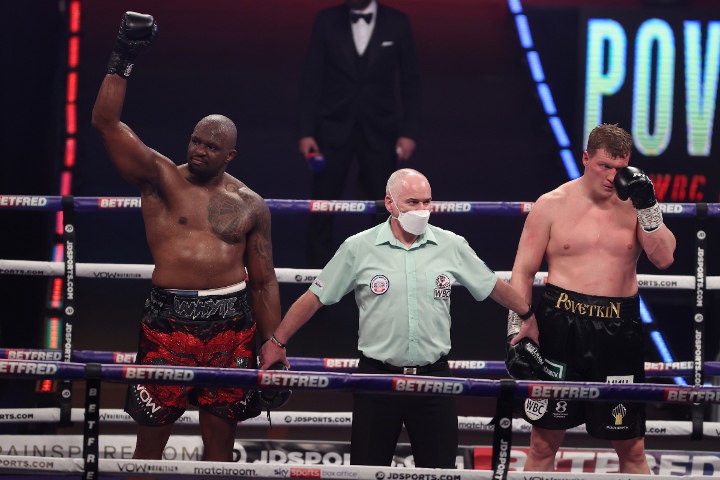 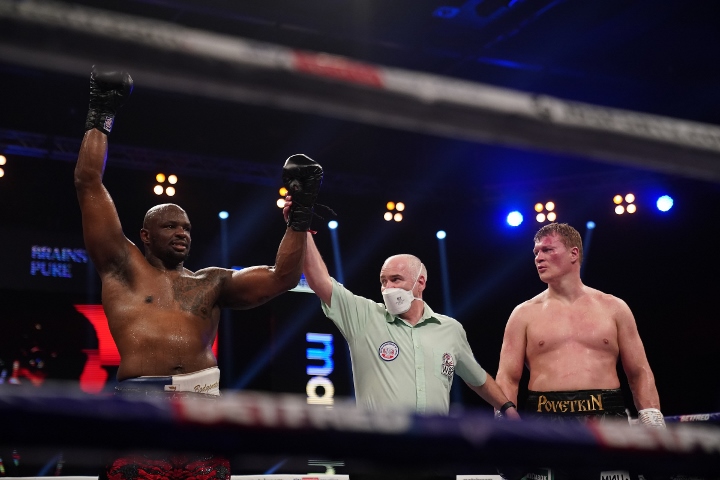 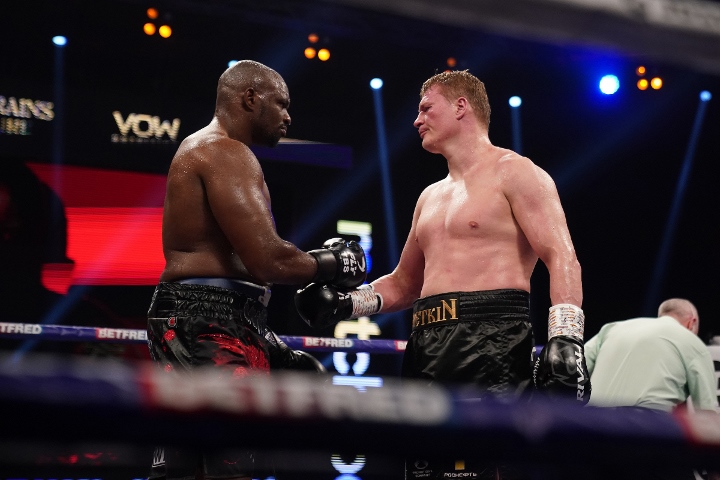 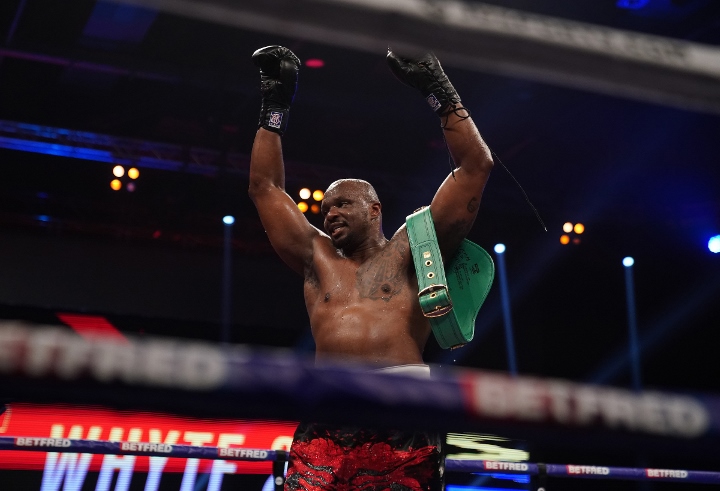 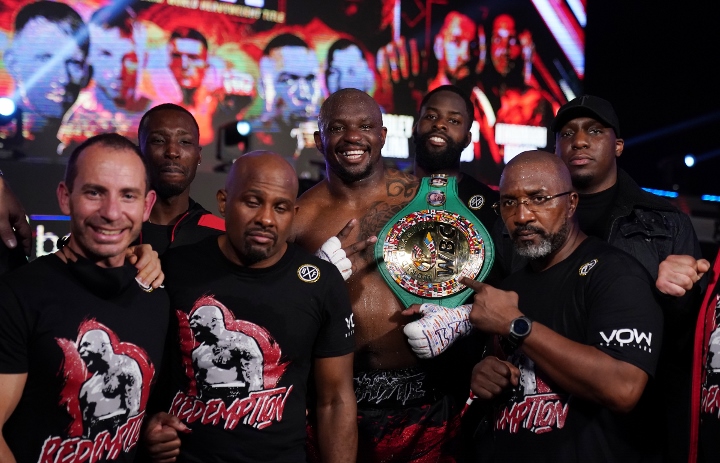 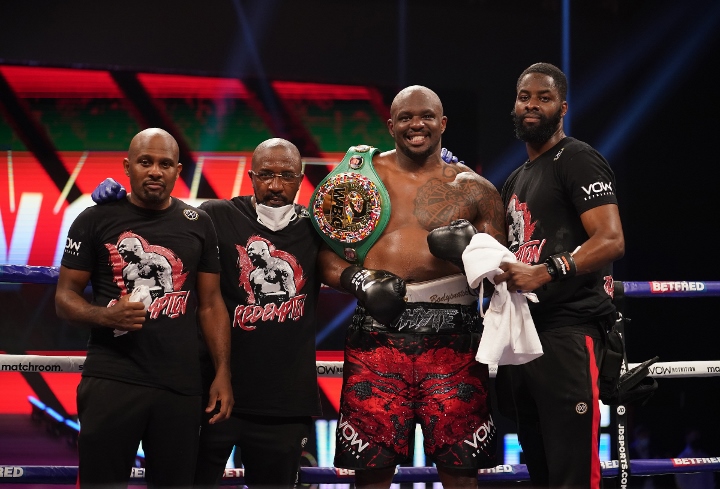 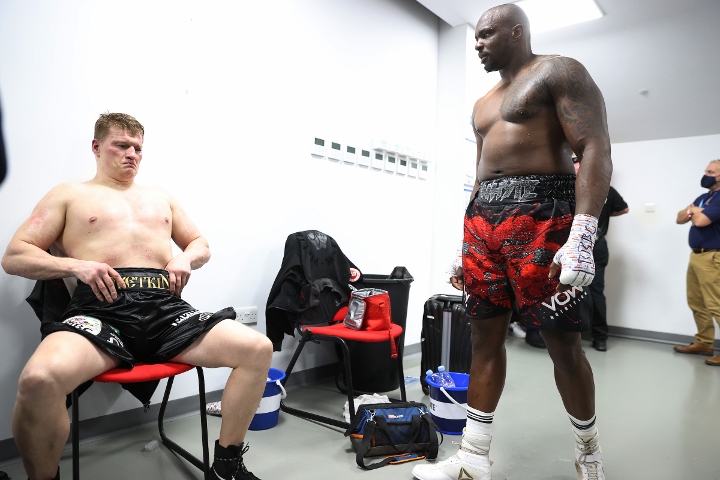 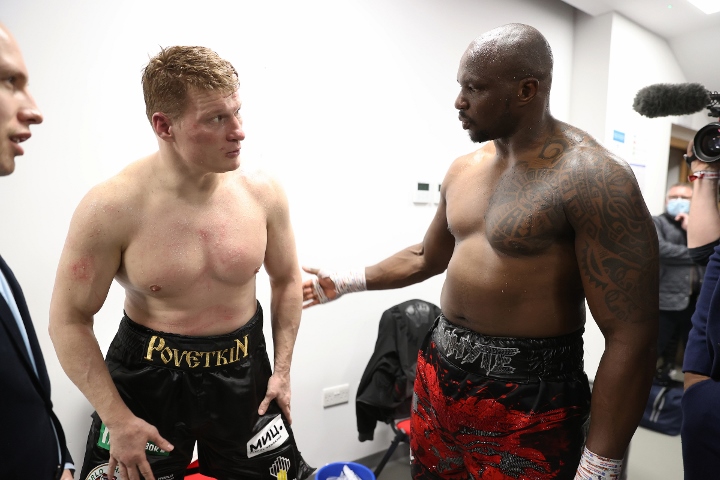 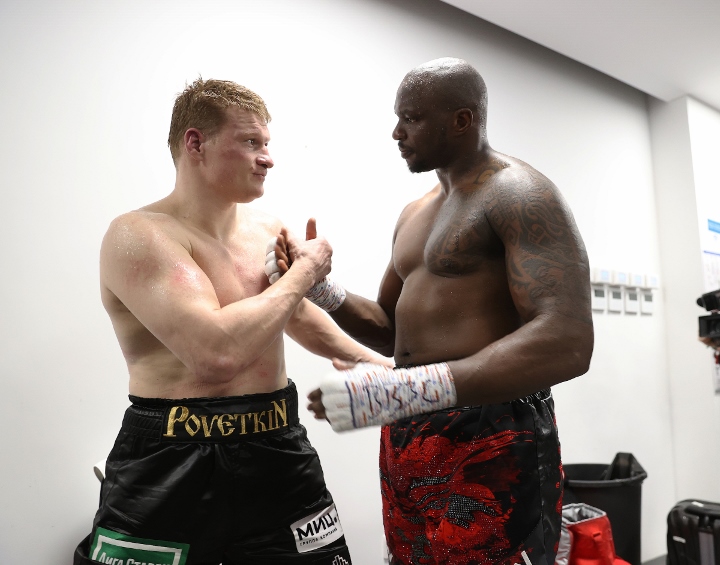 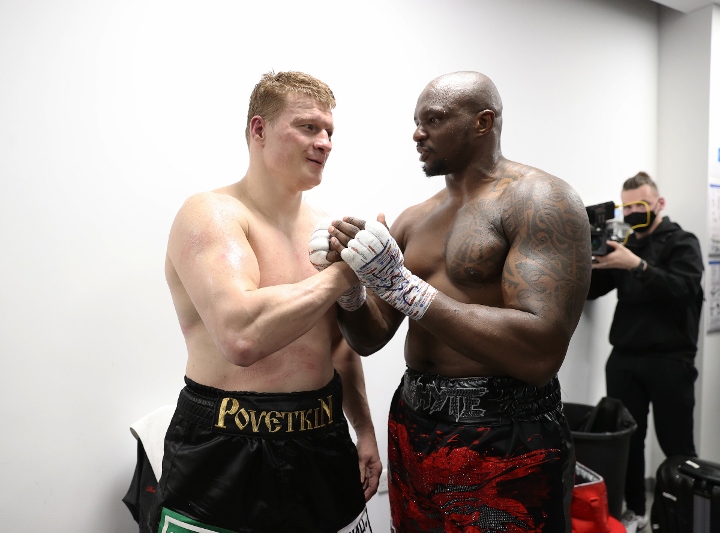