There was not any confusion surrounding the weight for David Morrell Jr’s latest bout.

The prodigious super middleweight talent is set to make the first defense of his WBA “World” super middleweight title versus Mexico’s Mario Cazares (12-0, 5KOs). Both boxers came in under the 168-pound divisional limit for their scheduled 12-round main event atop a special Sunday edition of Premier Boxing Champions (PBC) on Fox from The Armory in Minneapolis, Minnesota.

Morrell (4-0, 3KOs)—a locally-based super middleweight by way of Santa Clara, Cuba—weighed 167.2 pounds, while Cazares checked in at a trim and fit 166.6 pounds. 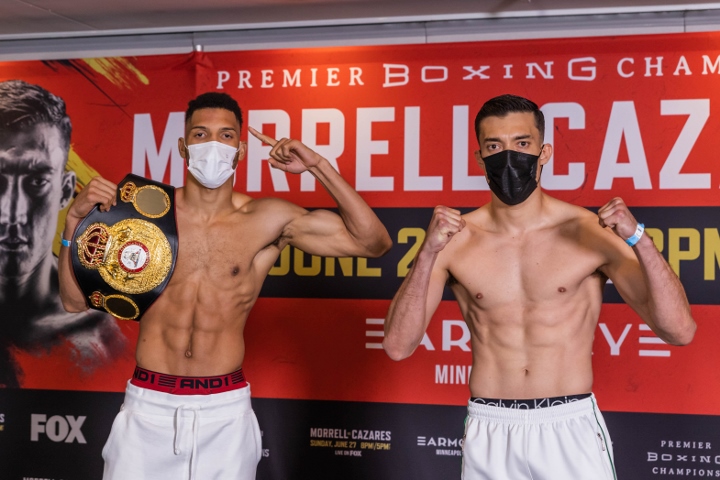 The bout marks the third consecutive Fox primetime appearance for Morrell, though a bit of a weigh-in stir surrounded his last performance. The 23-year-old Cuban southpaw weighed 170 pounds on Christmas Day for his December 26 headliner versus Mike Gavronski, who weighed 167 ½ pounds and of the belief that he would be challenging for the secondary WBA super middleweight title. There existed a contract clause, however, noting that the bout could be changed to a non-title affair above the limit, which became the case unbeknownst to the media. 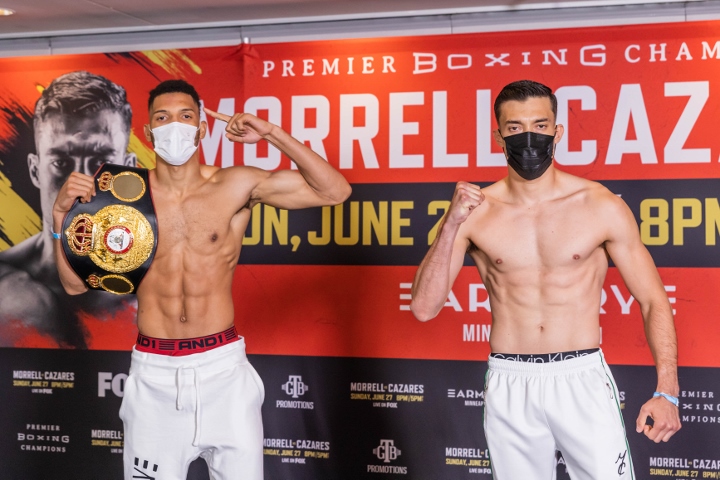 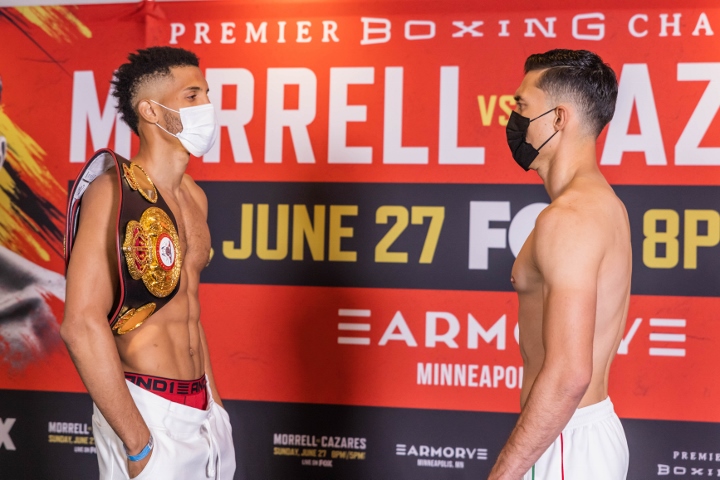 Cazares enters on the heels of by far the biggest win of his career. The 30-year-old Culiacan, Mexico native prevailed in a technical decision win over celebrated countryman Julio Cesar Chavez Jr. last September 25 in Tijuana. The fight served as his first scheduled ten-round affair, though a headbutt forced an early ending to the contest. 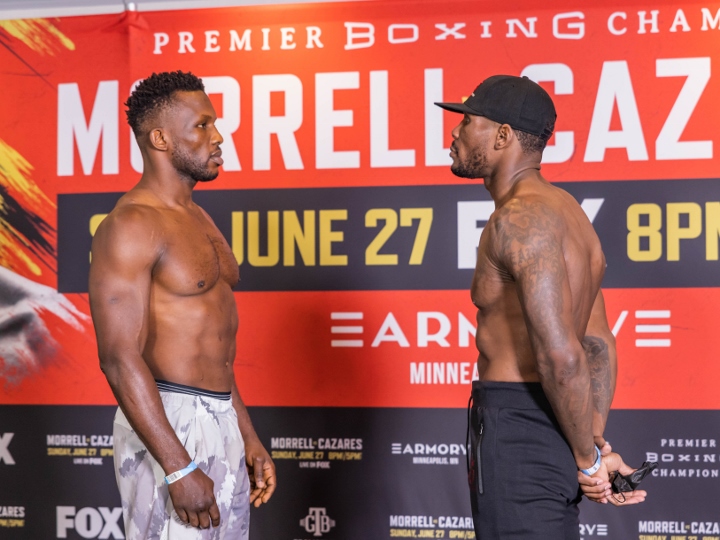 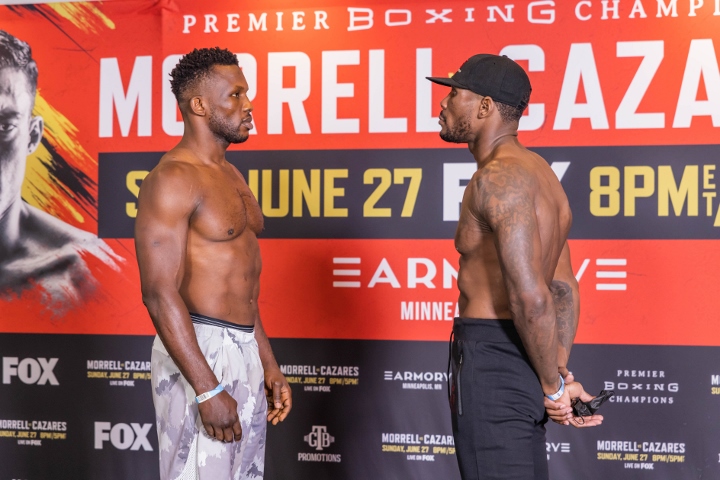 Apochi (11-0, 11KOs) enjoys a quick turnaround, having scored a sensational third-round knockout of undefeated Deon Nicholson on the April 17 edition of PBC on Fox. The Houston-based Nigerian slugger punched his way into title contention with the win in the title eliminator. 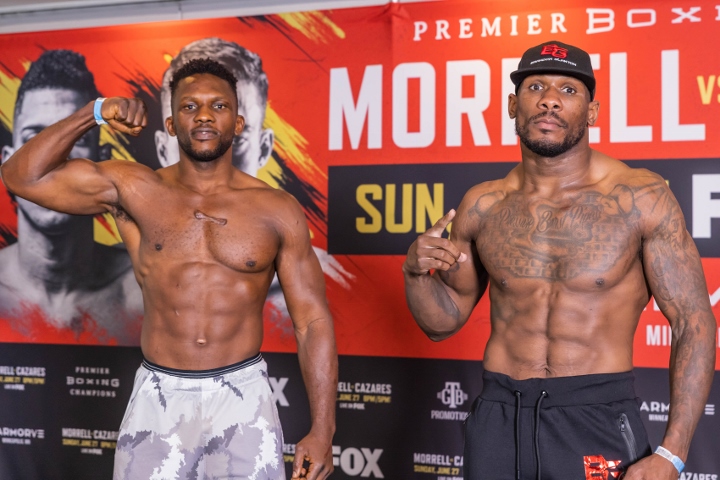 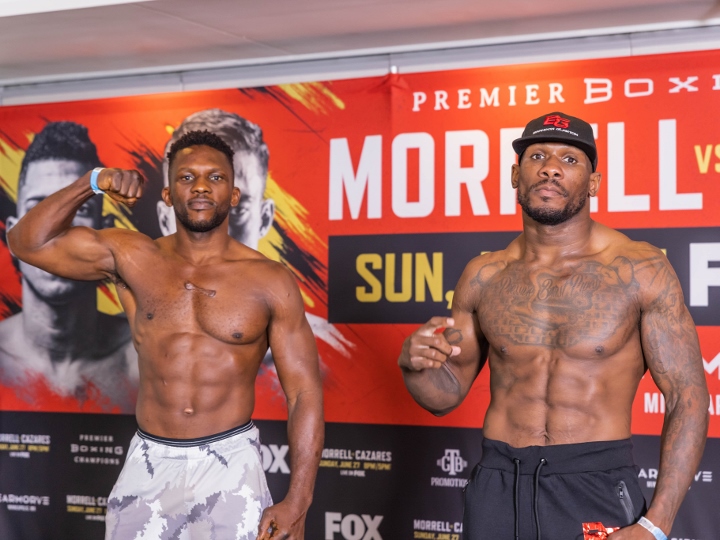 Juarez fights for the fifth time in less than eleven months, all coming on a Fox platform since the pandemic. The bout marks the fourth consecutive appearance on Fox’s flagship network for the 22-year-old Brownsville, Texas native, who is coming off of a ten-round unanimous decision over Elias Damian Araujo this past April 17 in Los Angeles. 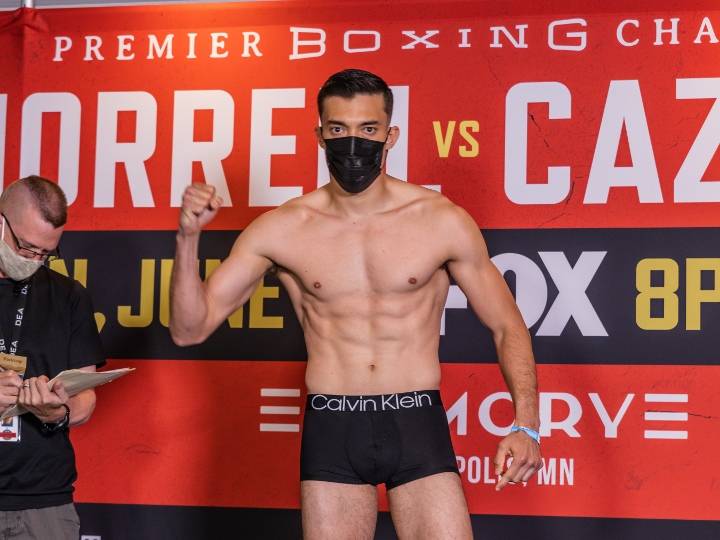 Below are the weights for the remaining undercard bouts. 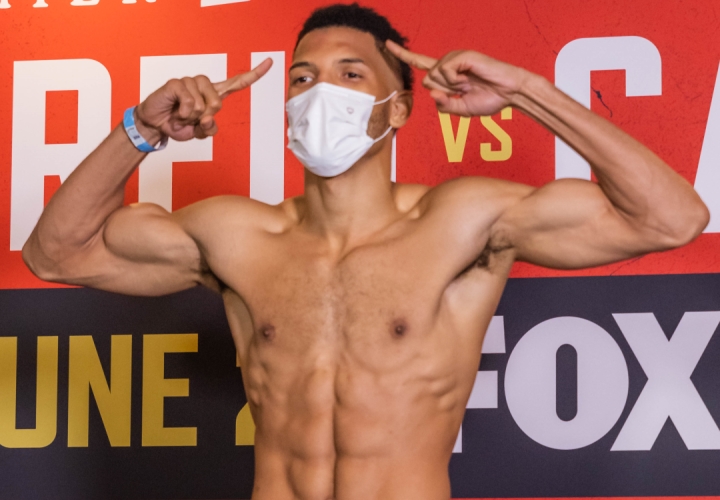