Gill was one fight removed from his stoppage loss to Mario Enrique Tinoco in May of 2019.

Bellotti was coming back from a split decision loss to Francesco Grandelli in October of last year. 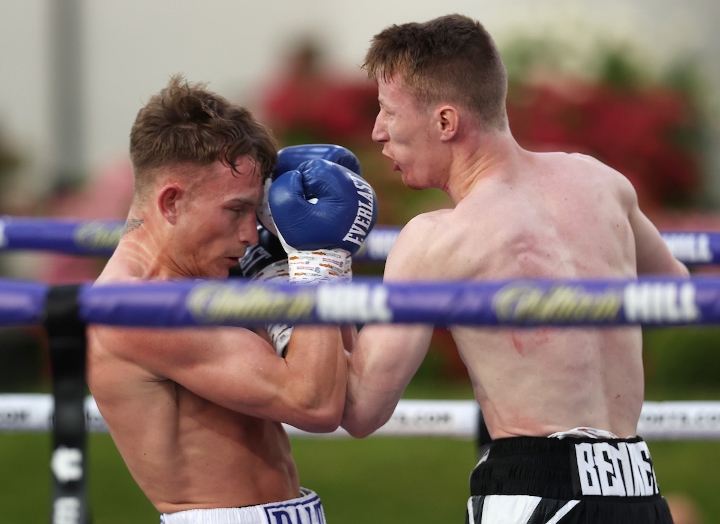 In the first three rounds, Gill was using the jab and distance to outbox Bellotti, who was unable to get close enough to do much of anything. Bellotti switched up the tactics in the fourth, as he got a lot closer and he was able to start connecting with punches. 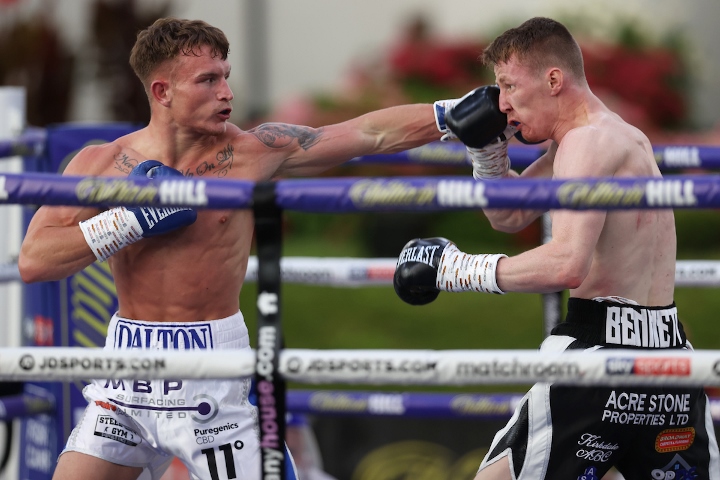 Gill was able to go back to boxing in the fifth to keep things close and managed to stun Bellotti during the sixth. At this point Bellotti's face was starting to mark up as the fight played out. Bellotti was having trouble cutting off the ring to catch up with Gill. 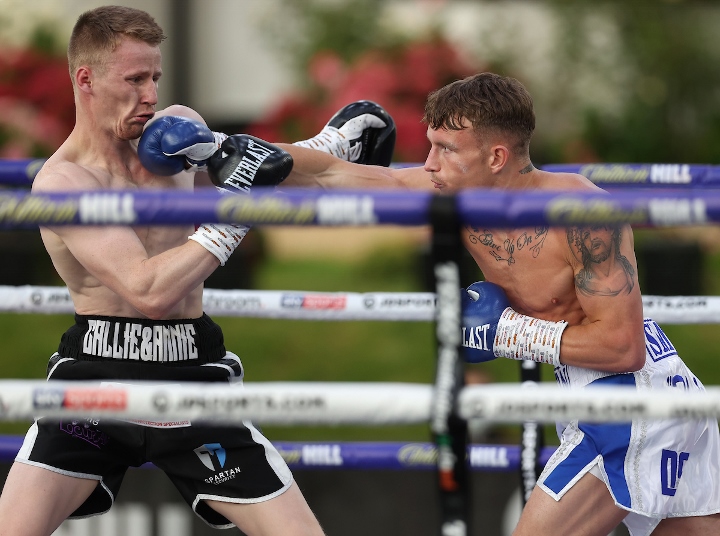 Gill continued to outbox Bellotti for the remainder of the fight with his quick punches and good movement.

In a junior welterweight clash, Dalton Smith (6-0, 5 KOs) crushed Nathan Bennett (9-2, 2 KOs) with a one punch knockout in the fifth round. 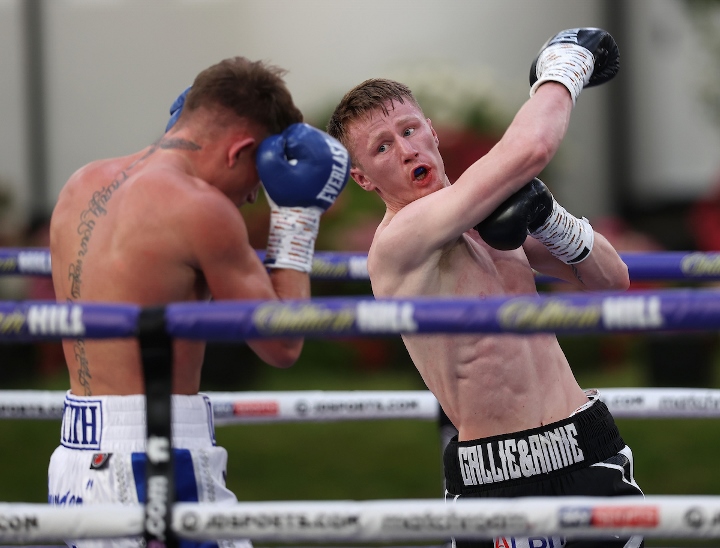 Coming in, Bennett had won two in a row since an upset decision loss to Ben Fields in October.

Bennett came out firing in the first round, forcing Smith to trade shots quicker than expected. In the closing seconds, Smith rocked Bennett with big counter and worked him over with quick combinations. 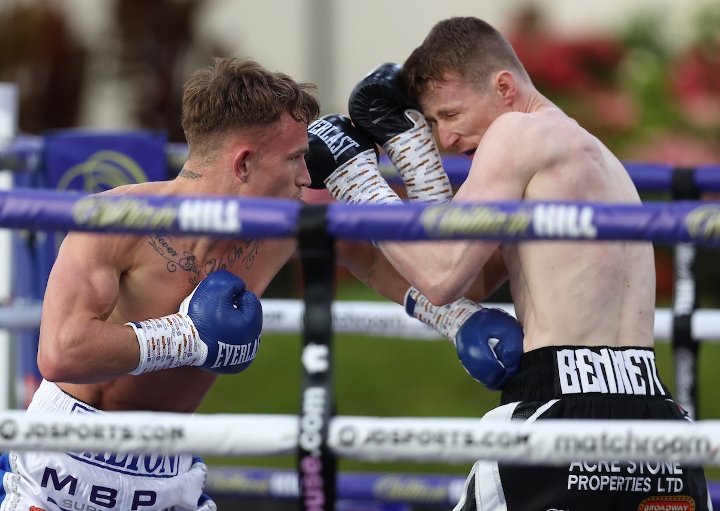 At the start of the second, a left hand staggered Bennett for a moment. He was outboxing and outlanding Bennett during the action. During the third, Smith continued to land the bigger punches. He connected with several big right hands. 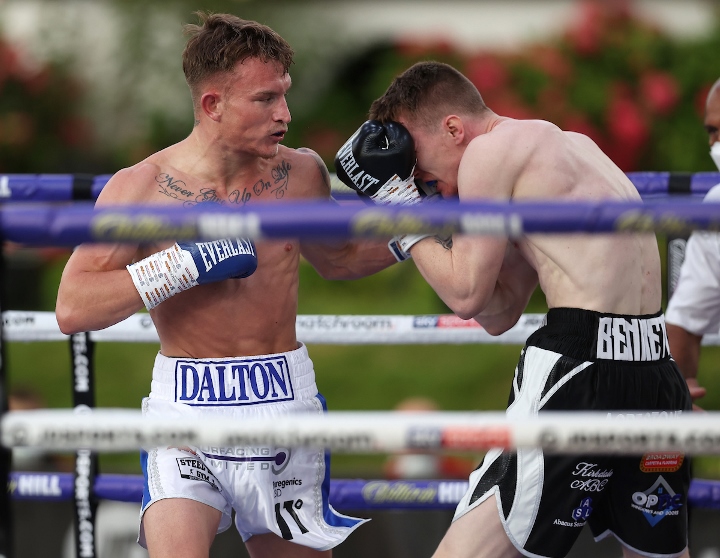 Smith was switching up his punches and tagging up Bennett in the fourth. During the fifth, a tremendous right hand sent Bennett down and out. The fight was waved off quickly and Bennett remained down for a moment as he was being helped by the ringside doctors. He eventually made it up to his feet. 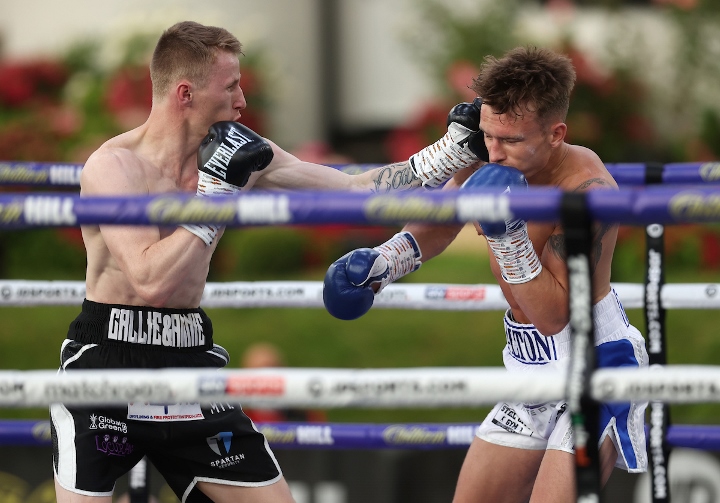 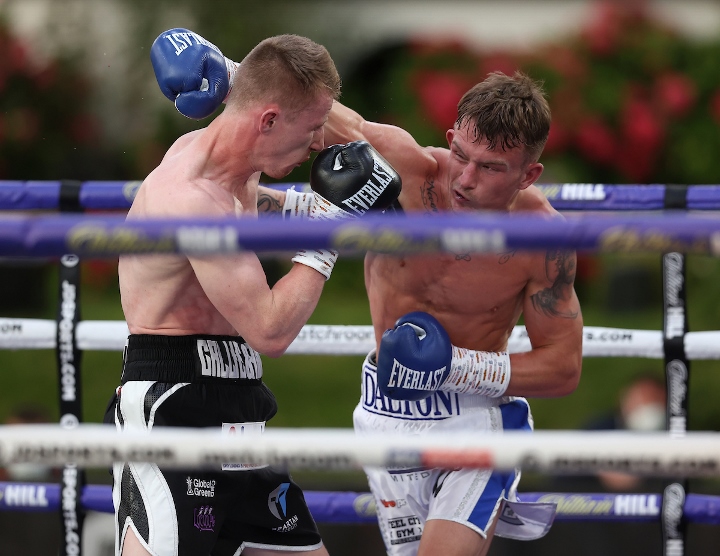 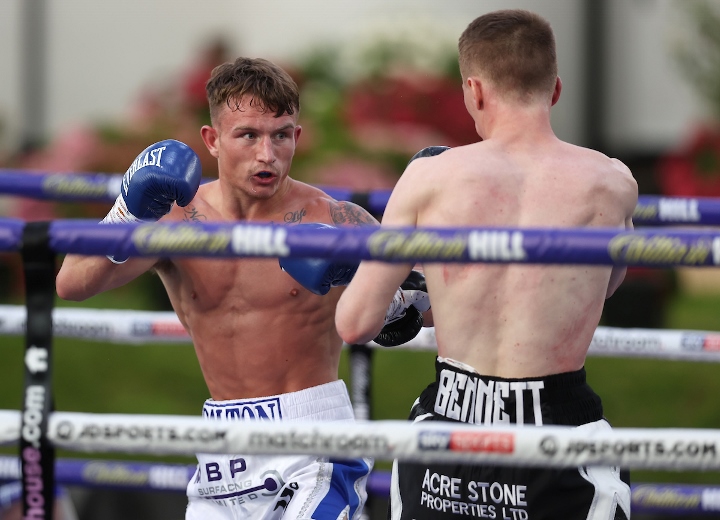 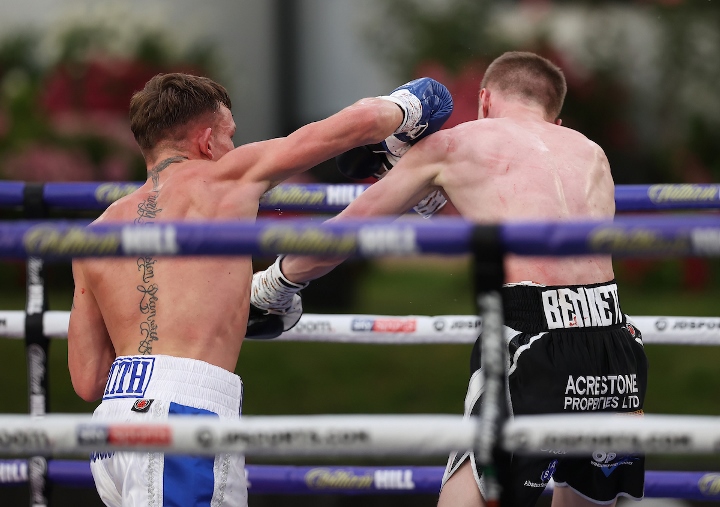 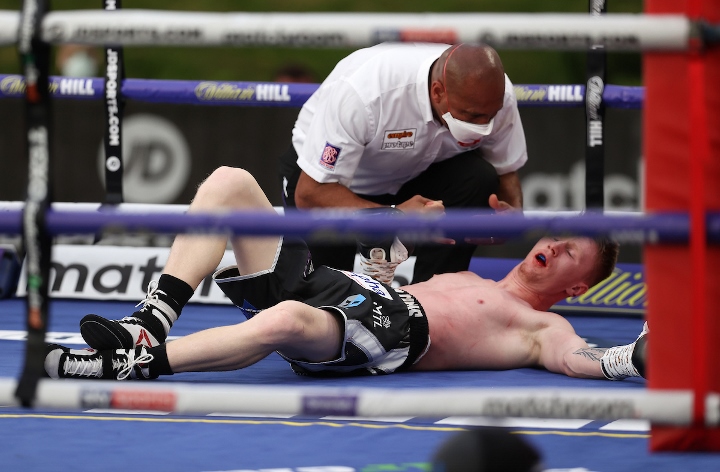 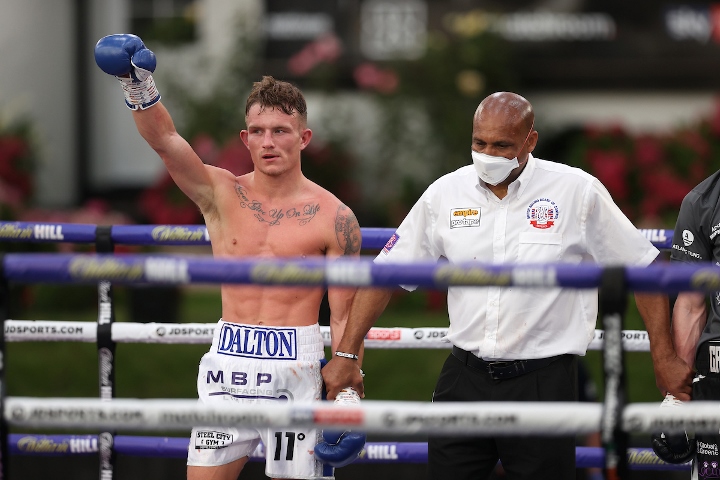 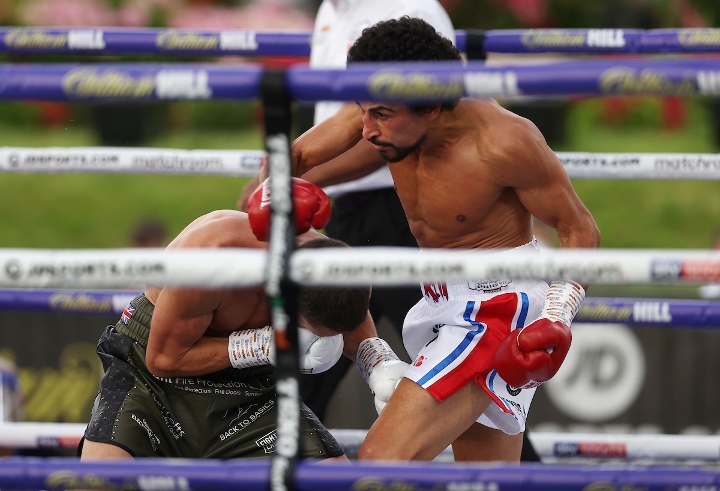 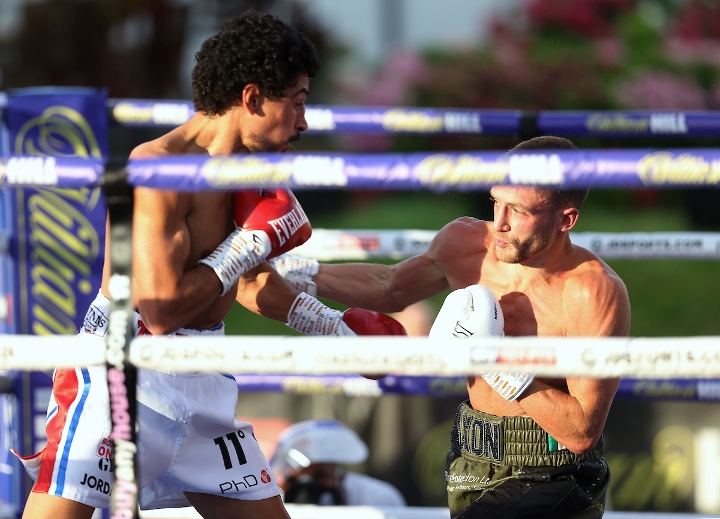 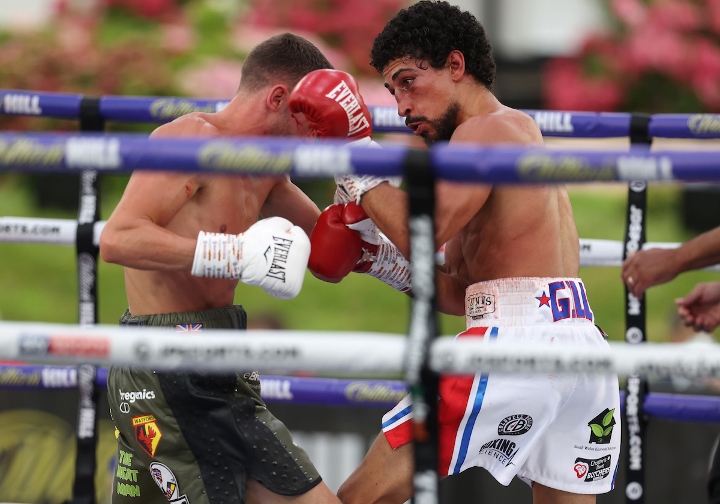 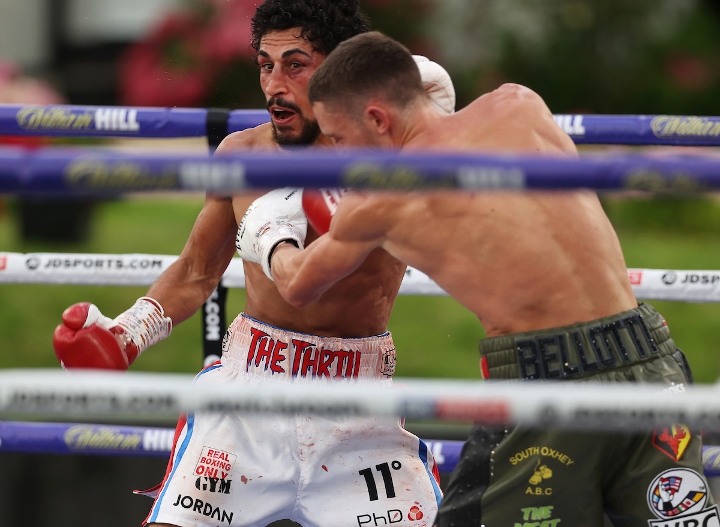 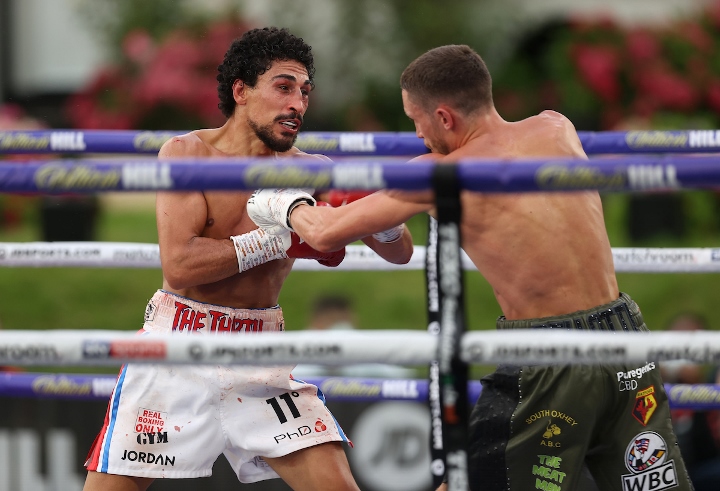 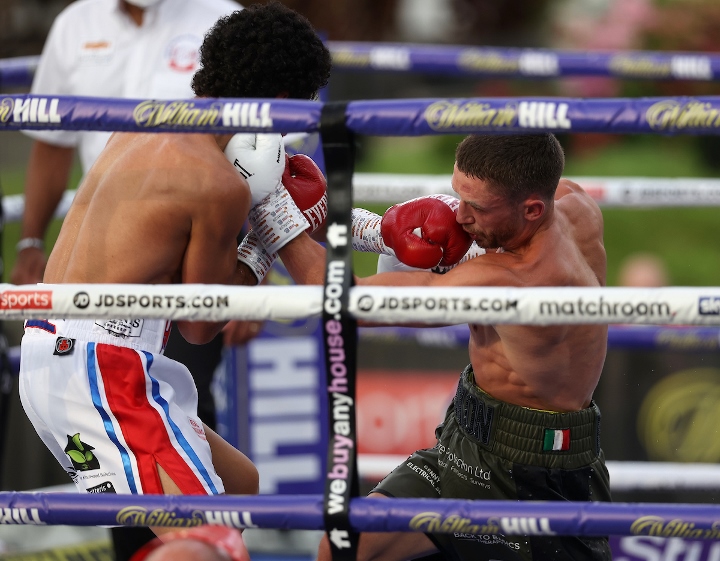 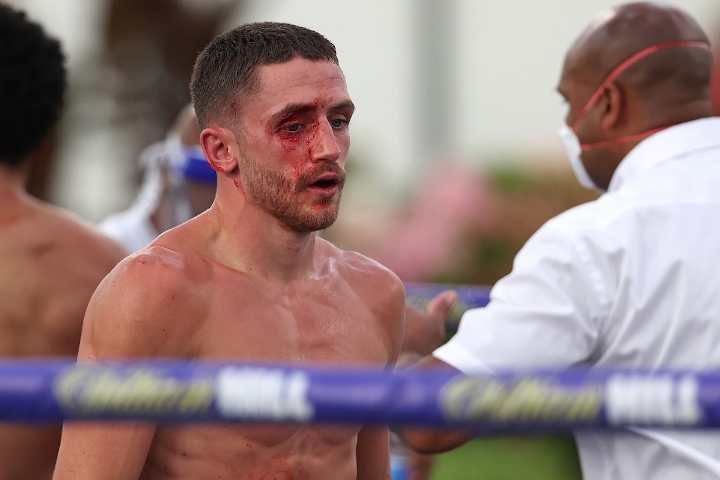 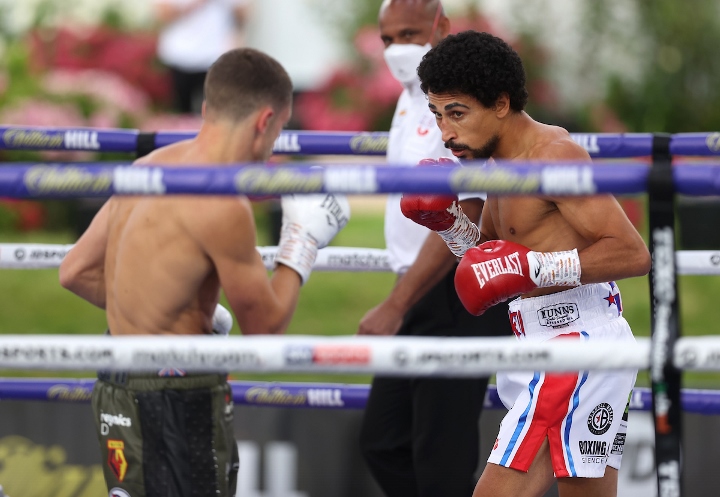 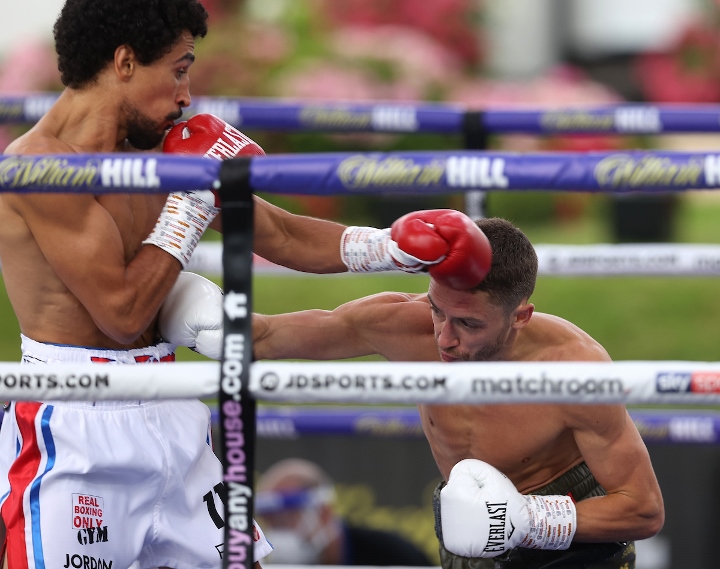 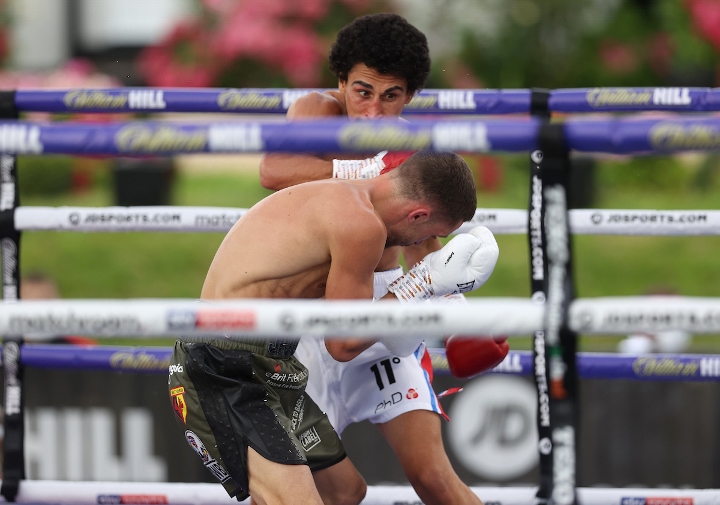 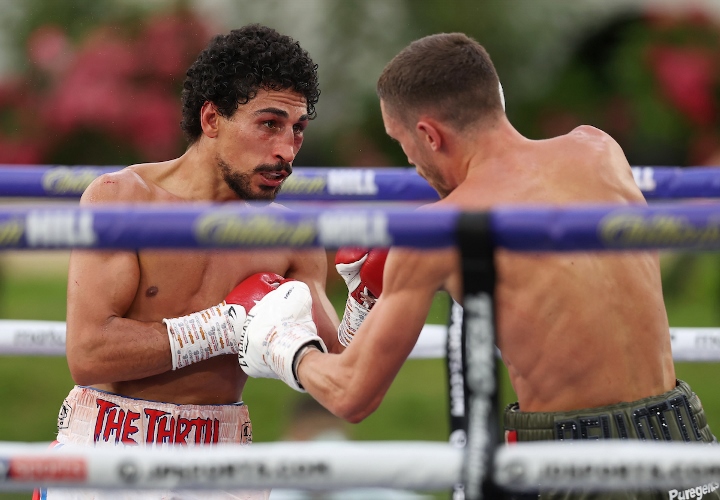